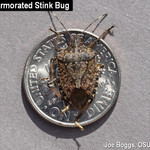 It won't be long before fall home-invading insects start appearing on our doorsteps in search of winter quarters. The unwelcomed guests may include Boxelder Bugs; Western Conifer Seed Bugs; and Magnolia Seed Bugs. Of course, the two most notorious fall marauders are the Multicolored Asian Lady Beetles and Brown Marmorated Stink Bugs. These non-natives have a deserved reputation for invading homes in huge numbers.
Published on
September 25, 2020
Authors
Joe Boggs 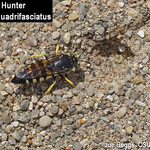 I attended a meeting last Thursday on plant pollinators at the Cincinnati Zoo and Botanical Garden (CZBG). One focus was on managing pests by increasing the abundance and diversity of flowering plants in a landscape. Many beneficial insects were two hats be serving as both plant pollinators and enemies of other insects.
Published on
August 1, 2019
Authors
Joe Boggs

Get Ready for a Little Breaking and Entering 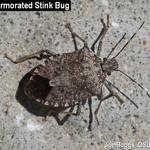 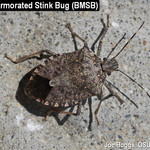 I'm seeing damage on ripening tomatoes in southwest Ohio caused by Brown Marmorated Stink Bug nymphs. I first saw damage from both the adults and nymphs on my own tomatoes in 2015. At that time, we didn't know which direction BMSB populations would take in the southwest part of the state.
Published on
August 17, 2018
Authors
Joe Boggs 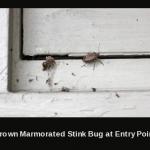