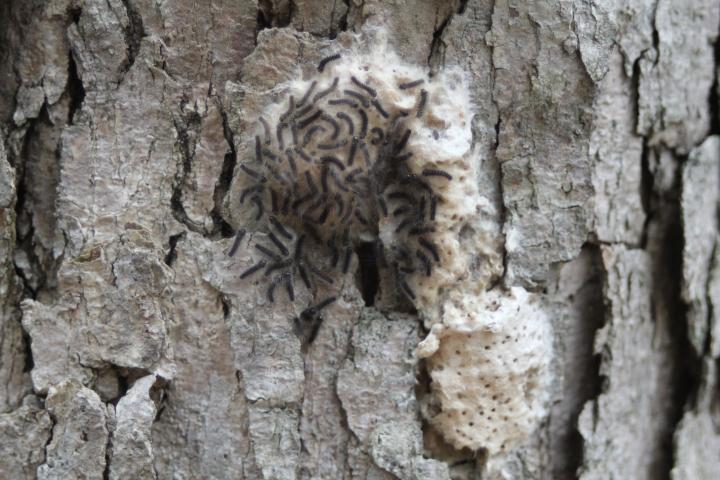 We are going way back in time for this invasive species during the 2018 National Invasive Species Awareness Week.

In the 1860's a French artist and amateur entomologist, Leopold Trouvelot, brought the gypsy moth (Lymantria dispar) to North America for what he thought was a good reason. He hoped to use the gypsy moth as the foundation for a silk industry in the United States. The "silk threads" of the gypsy moth did not prove to be a reliable source, and unfortunately the insect escaped Trouvelot’s Boston home-laboratory.

The gyspy moth was able to survive and ultimately thrive in the hardwood forest ecosystems of Massachusetts and ultimately beyond. Since the great escape, the gypsy moth has advanced throughout the New England states, south to North Carolina, and west through portions of the Great Lake states and Canada despite control efforts and natural enemies. The story goes that Trouvelot fled the country after the escape, and we have had to deal with the gypsy moth ever since.

In Ohio, the first male moths were trapped in 1971 in Ashtabula County in northeast Ohio. Two years later, 1973, the first chemical treatments were implemented to eradicate localized populations. Between 1973 and 1987, eradication efforts continued, but populations still grew despite these efforts. In 1987, Ashtabula County became the first Ohio county to have gypsy moth quarantine regulations imposed on it.

Two years later in 1989, the Ohio Department of Agriculture (ODA) in conjunction with the USDA-Forest Service initiated the Gypsy Moth Suppression Program in the buckeye state. This program still exists today as a way for landowners in areas considered generally infested to voluntarily receive assistance in suppression activities targeted at this exotic pest.

In 1998, pheromone traps were placed over the entire state of Ohio in an 8 kilometer grid system to estimate the infestation densities across the state.  With this information, an infestation line, also referred to as the 10 moth line, was drawn, with the area to the east of this line being considered generally infested.

In 1999, the Slow the Spread Program was added by the USDA (Forest Service and APHIS) in Ohio as a means of monitoring the advancement and to eradicate isolated populations ahead of the infestation line. A 100 kilometer swath, paralleling the infestation line to the west was established and is referred to as the STS Action Zone. Monitoring and treatment projects continue today.

Currently the gypsy moth is in the egg mass stage.  This spring, the eggs will begin to hatch at approximately 192 GDD (growing degree days). For additional information on GDD, check out the web http://www.oardc.ohio-state.edu/gdd/ 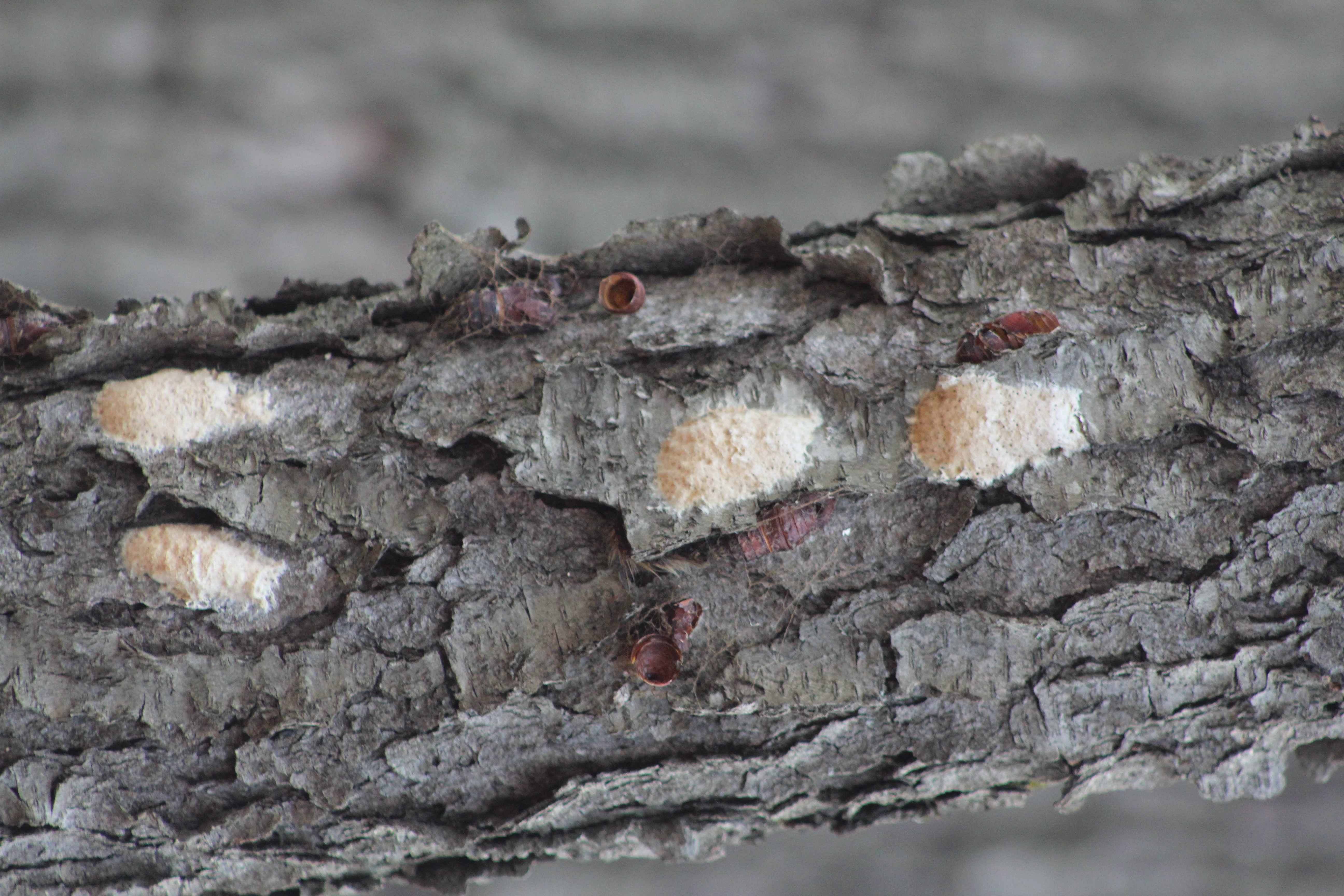 Caterpillars will feed on over 300 trees and shrubs with the oaks being one of there favorites.  For a complete list of host plants, check out the online resource:  http://www.agri.ohio.gov/divs/plant/gypsy/docs/plnt-gyp-supp-landscapetrees.pdf

Stay tuned for timely information on this invasive species including egg hatch, optimal timing for treatments, and seasonal damage in future BYGL Alerts