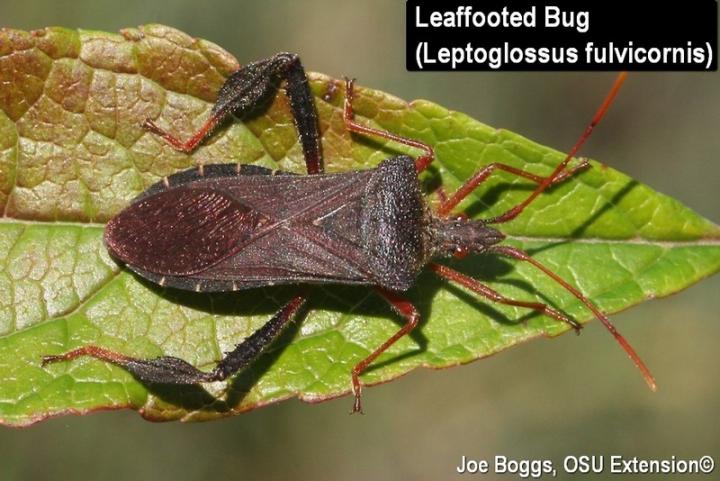 Leaf-footed bugs (family Coreidae) are rife with discrepancies.  Their name is based on leaf-like expansions of their hind tibia, not their "feet" which are called tarsi; the leg segments they actually walk on.  However, there are many leafless leaf-footed bugs such as squash vine bugs (Anasa tristis) that belong to the leaf-footed bug family, but lack the leaf-like leg feature. 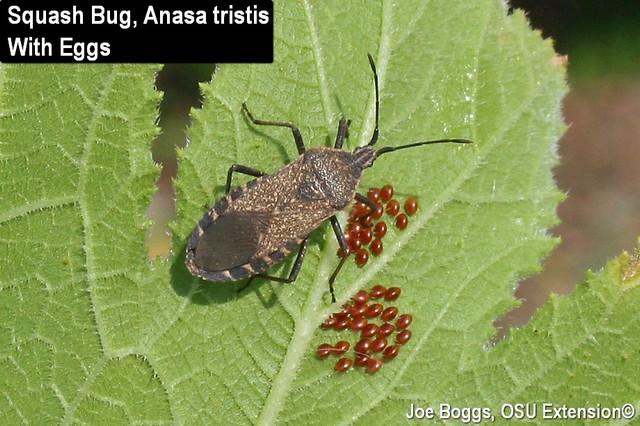 The family name Coreidae is derived from the Ancient Greek word for bedbug, but bedbugs (Cimex lectularius) belong to a different family, Cimicidae.  Leaf-footed bugs are never called stink bugs (Family Pentatomidae), but some do stink.

The one thing we can say with certainty is that leaf-footed bugs have piercing-sucking mouthparts which they use to inject enzymes that dissolve plant tissue, then they suck up the slurry.  Some species are capable of causing serious damage to ripening fruit and vegetables.  However, most species are relatively innocuous.

The western conifer seed bug (Leptoglossus occidentalis) focus their feeding attention on pine cones and occasionally the seed within; thus they cause no harm to the health of trees.  Acanthocephala terminalis is a common species found in woodland margins, often on hickory, goldenrod, and Joe-Pye weed.  L. fulvicornis is specialist on magnolias and feed on the ripening seed. 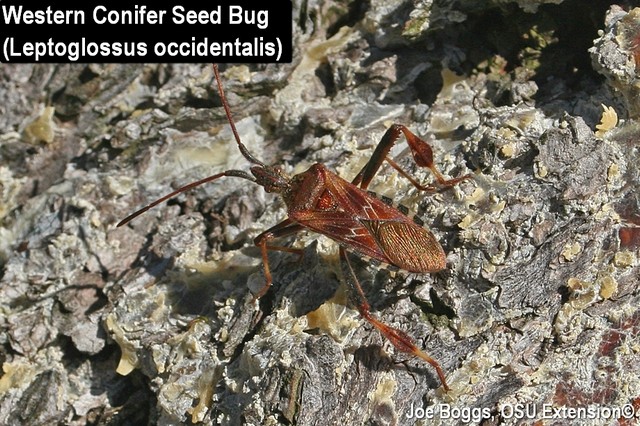 Leaf-footed bugs are not closely related to stink bugs (Family Pentatomidae); however, many species share a similar chemical defense strategy with their odiferous distant cousins.  Leaf-footed bugs sequester defense secretions in thoracic glands; most of the chemicals are straight-chain aldehydes and ketones.  If threatened, they can emit a strong, unpleasant odor.  Leaf-footed bugs are often mistaken for assassin bugs (family Reduviidae).  Both types of bugs may appear similar in body size and shape.  However, as their common name implies, assassin bugs kill and feed on other insects.