Another Leafminer of Black Locust 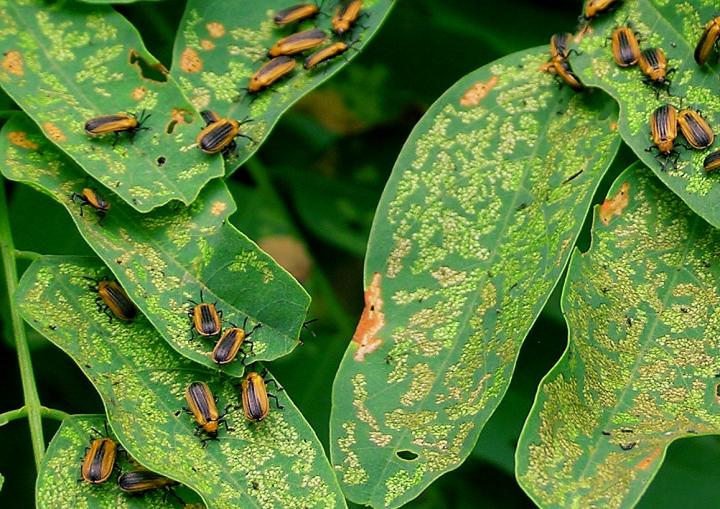 On July 22, 2017, Joe Boggs wrote a BYGL Alert on the "flaming" of black locust (Robinia pseudoacacia) by the locust leafminer beetle (Odontota dorsalis) in certain areas of Ohio.  These "flamed" trees are easily observed along highways from southeast to northeast Ohio. Interestingly, Curtis Young and Amy Stone in Northwest Ohio seldom see any evidence of locust leafminer beetle.  They have to travel east to at least Mansfield, Ohio before seeing the activities of this leafminer and it isn't because of a lack of black locust trees.

Another twist to add to this story is the fact that there is another leafminer that can be found on black locust trees called the locust digitate leafminer (Parectopa robiniella), a species of moth. The adult moth is tiny with a wingspan less than 1/4" from tip to tip. Unlike the locust leafminer beetle, only the caterpillar feeds on the leaves of the locust tree.  There can be 2 to 3 generations per year.  Sometimes both leafminers can be found on the same tree.

The mine produced by the caterpillar is described as a glove blotch mine, a blotch mine with fingers.  Frequently these mines are produced around the mid-section of individual leaflets.  Mines cause slight distortion of the leaves but infestations have little effect on the general health of the tree and minimal impact on the appearance of the trees.