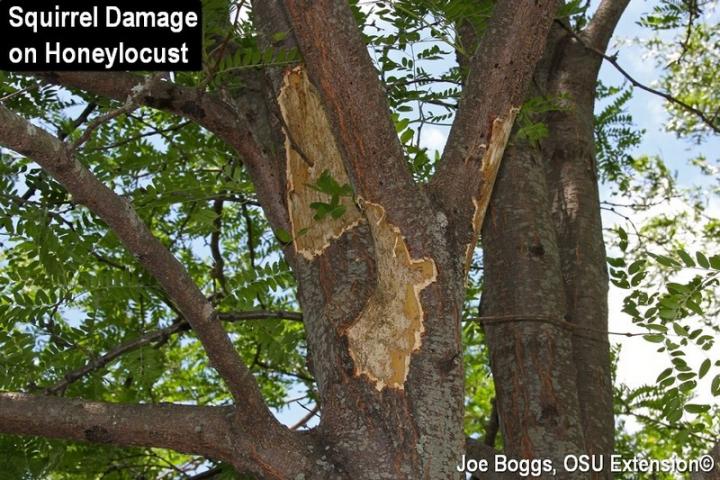 Thanks to Tim Turner who is truly an alert BYGL Alert! reader, I can provide some new information on the “Calcium Hypothesis.”  In my BYGL Alert! posted this morning, I cited a scientific paper published in 2016 that proposed squirrels are stripping bark to acquire calcium from the phloem tissue.  The authors of the paper tagged this explanation for bark-stripping as the “Calcium Hypothesis.” 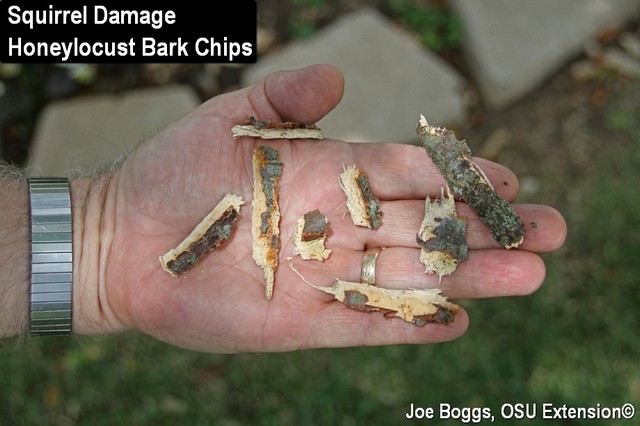 Tim sent an e-mail message alerting me to a scientific paper published by the same group of authors just last month in the Journal of Animal Physiology and Animal Nutrition.  Their paper seems to refute their earlier Calcium Hypothesis; this is science at its best!

[See “More Information” below for hotlinks to both papers].

The authors conducted a small-scale study on 18 grey squirrels (Sciurus carolinensis) to test the ability of squirrels to use calcium oxalate (CaC2O4) to build bone.  Calcium oxalate, which is also abbreviated as CaOx, is the dominate form of calcium in tree phloem.  However, the authors note that many animals cannot utilize this form of Ca for building bone

The long and short of it is the researchers found no differences in femur length between squirrels fed three diets:  a diet with CaOx; a diet with low-Ca; and a control group feed a diet with calcium carbonate (CaCO3) which is a form of Ca known to be readily utilized by animals to build bone.  More telling, the total Bone Mineral Density (BMD), which is a measure of Ca incorporated into the bone, was higher in the squirrels fed the control diet compared to those fed the CaOx diet, but there was no difference in BMD between those fed the CaOx diet and those on the low-Ca diet.

Based on their results, it would seem that squirrels may not be stripping bark to acquire Ca since they are not able to use the form of Ca in the phloem to build bone.  Of course, I’ve provided only a brief overview of their results drawn from a very small portion of their paper.  Before closing the door on the Calcium Hypothesis, you should read both papers for yourself.

It’s particularly important to read the authors “Discussion” in their second paper.  They recognize several short-comings of their study.  First, they only used 18 squirrels representing 10 males and 8 females.  Second, they only had one sub-adult.  An important part of the Calcium Hypothesis is that the bark-stripping behavior is associated with juvenile squirrels in need of Ca for bone growth or females trying to acquire Ca for enriching milk fed to their offspring.

The reason for their small sample size highlights a few challenges associated with conducting thorough research studies not the least of which is money and societal concerns.  Here is their explanation:  “This was an arbitrary sample size chosen for this small-scale study to garner an understanding of the effect of the three custom-made treatment diets, and because it is divisible by three. This number was also restricted by the cost of the treatment diets, and an ethical obligation to keep the total number of individuals involved to no more than scientifically necessary.”

A Final Take-Home Message on Science:

The two papers provide a good illustration of how science works with an observation (squirrels strip bark) inspiring an explanation (hypothesis:  squirrels are acquiring Ca in the phloem) that is tested using an experimental design that can be reproduced by others.  The ultimate goal is to prove or disprove the hypothesis.  Disproving the hypothesis means another may be developed to take its place starting the process over again.  Of course, this simple process for learning whether or not something is “true” is known as the Scientific Method.

There is one more important step in science that sometimes gets lost in the headlines:  are the results (the “proof,” or “disproof” of the hypothesis) accepted by others?  In other words, as the second paper illustrates, publishing results is not the end of the story; it’s just one more step on the pathway towards the truth.  Sometimes we become frustrated with hearing, “more research is needed;” however, more times than not, that is the truth of the matter.  It keeps getting us closer to the bone. 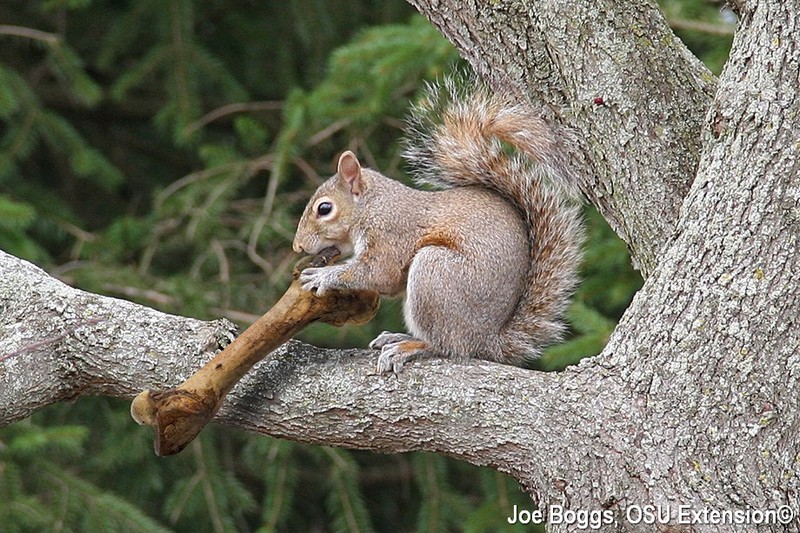 My thanks to Tim Turner for following-up on my request for links and/or citations for more recent scientific papers.