My Favorite Things - Plants - How About This One! 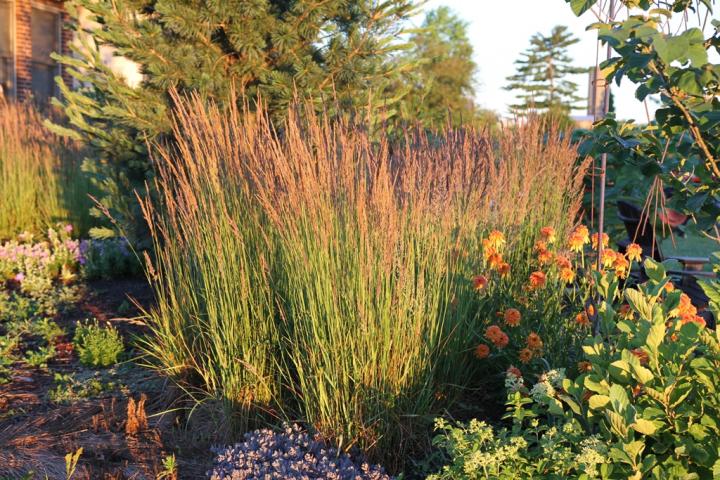 I love plants and proudly claim the titles of plant nerd, tree-hugger, plant geek and any others like this.  Plants of all kind - perennials, annuals, trees, shrubs, vegetables, native plants, etc. intrigue and delight.  How can you not like them!  One of my garden plants that looks particularly good right now is Calamagrostis  x acutiflora 'Karl Foerster' or Karl Foerster feather reed grass.  This grass is stellar and it's no wonder it's used quite a bit in both commercial landscapes and home gardens.  'Karl Foerster' was named the Perennial Plant of the Year by the Perennial Plant Association in 2001.

This ornamental grass gets to be around 5' tall and about 2 1/2' wide, completely upright (no arching habit), making it perfect for mass plantings.  The blooms start to show in June in central Ohio and last all season and into the winter.  It grows best in full sun with very little maintenance.  Sources suggest that it can also tolerate conditions in a rain garden.  I have it planted in a mass on a slight raised area and rarely water it - unless it gets extremely dry in August.  I also have it close to the house and the birds love it for both food and hiding in before they hit the bird feeders.

The best feature about this plant is that it is so incredibly tough and holds up to most conditions.  As you know, many ornamental grasses eventually start to flop, especially after a good windstorm or in the winter after a heavy snow or ice storm.  'Karl Foerster' recovers from even the most severe storms, summer and winter.  I have observed mine completely laid over from a heavy ice storm in February only to pop back once the ice melts. 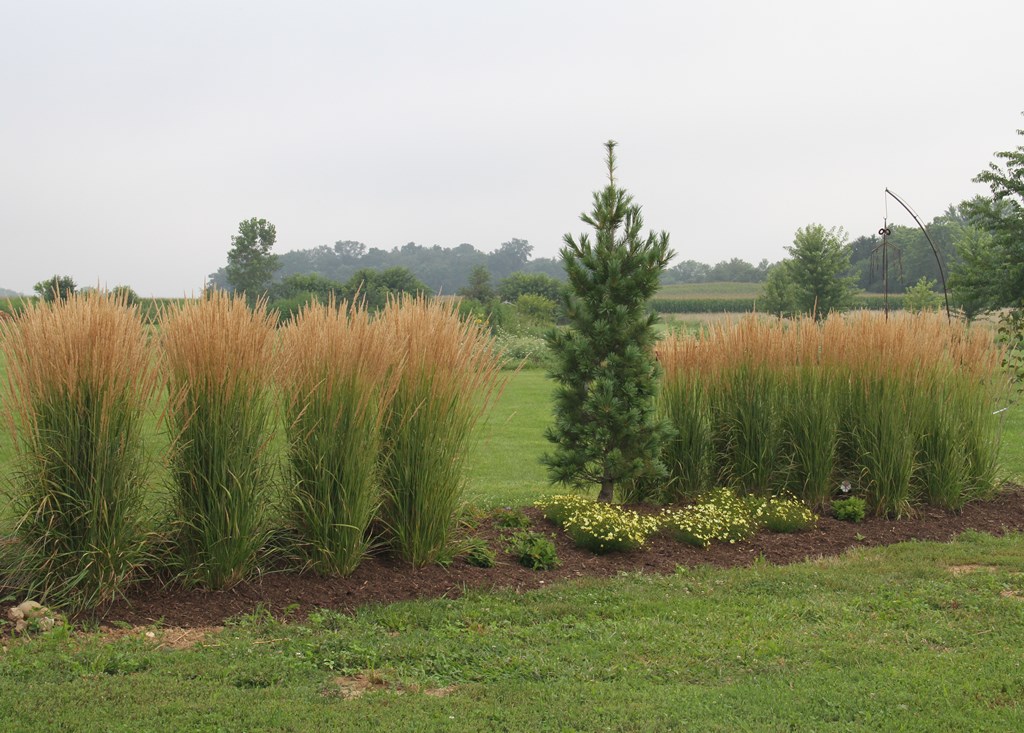 The only problem with a plant this great is that it's planted everywhere!  It's hard not to over-do this one in the landscape but don't forget to use diversity in your plantings!