Hawthorn Leafminers Have Completed Their Development in S.W. Ohio 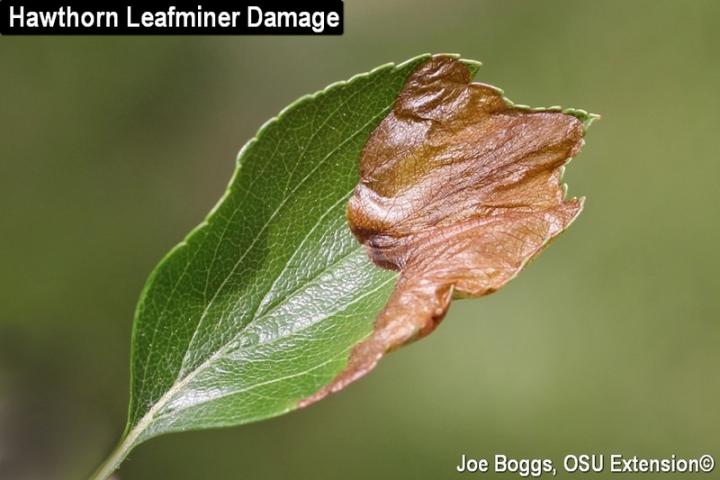 On April 11, I reported that the adults of three leafmining sawflies were mating and laying eggs on their host trees in southwest Ohio (see BYGL Alert! Sawfly Leafminers Fly).  Today, I noticed some heavy leafmining damage by one of the sawflies, the Hawthorn Leafminer (Profenusa canadensis), on its namesake host in a hospital parking lot in the southwest part of the state.  Larvae of this sawfly feed between the upper and lower leaf surfaces mining the leaf parenchyma to produce large, blister like, reddish brown "blotch" mines. 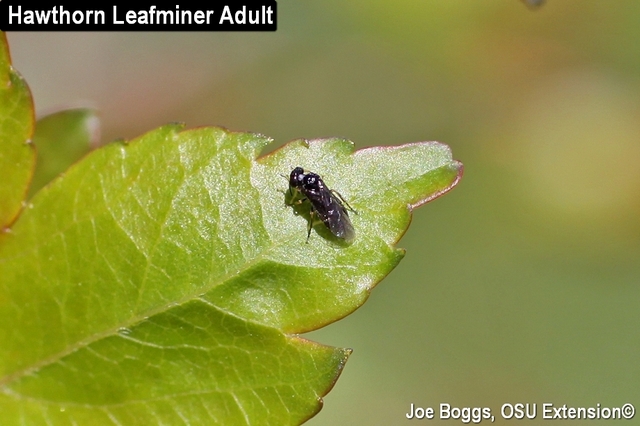 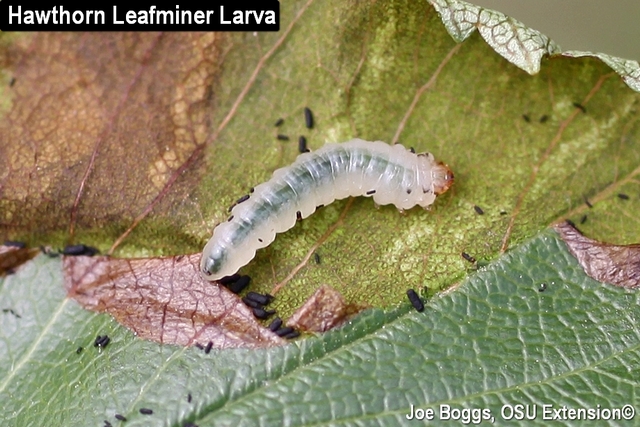 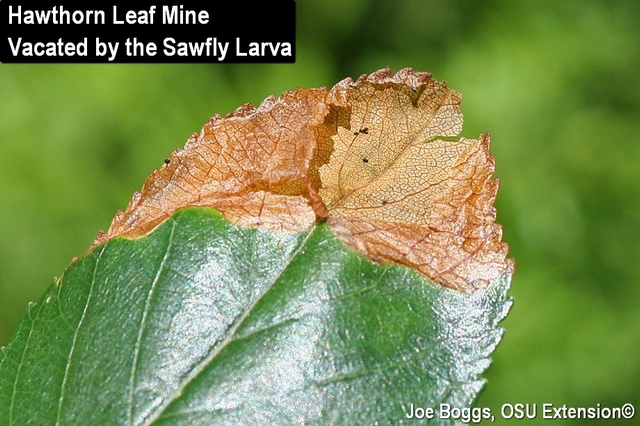 However, after opening numerous leafmines (which piqued the curiosity of several hospital staff), I could find no larvae in the leafmines.  This means the larvae have completed their development … and I must now avoid hospital security in the near future.  Since there is only one generation per season, the vacated leafmines also means that no more damage will be caused by this sawfly this season.  Of course, the current damage will remain visible for much of remainder of this season. 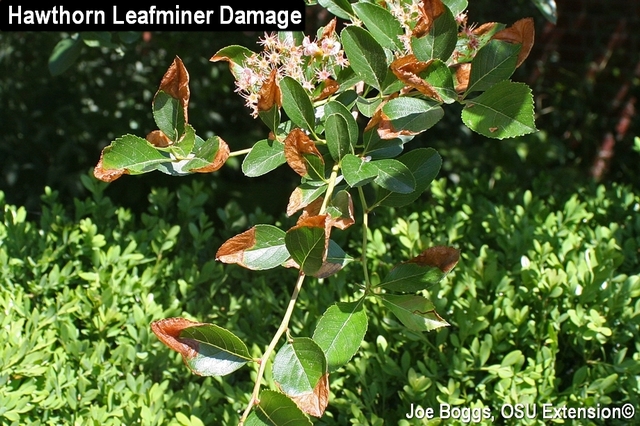 Although the leafmines may appear unsightly, this sawfly seldom causes enough damage to significantly harm the overall health of established host trees.  However, severe leafmining damage may produce stress on newly planted trees.  If high populations were observed this season on young trees, you may need to implement a preventative treatment program early next season.  Neonicotinoid systemic insecticides are effective in preventing damage if applied with sufficient lead time prior to egg hatch to allow foliar concentrations to reach levels that are toxic to the sawfly larvae.