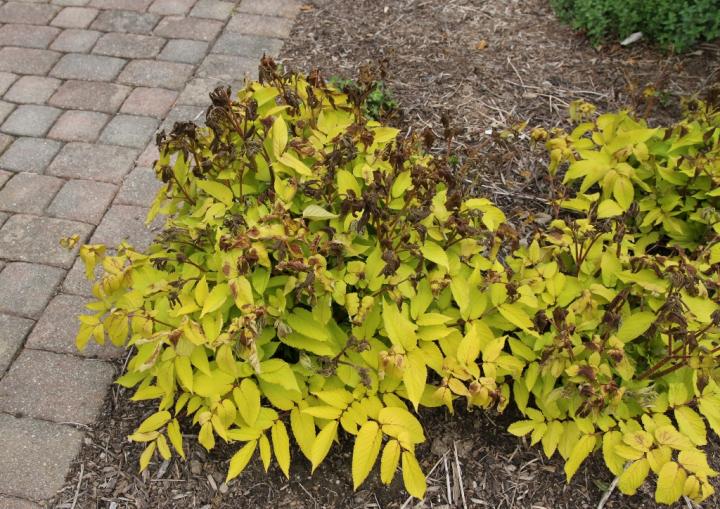 Depending on your geographical location in Ohio, the location of the plant, the actual low temperature, the plant species, as well as the growth stage on the species, the results of frost and freeze damage was variable across the state this past week.  Frost and freeze damage is so interesting because of so many variables.  A plant in a certain stage of growth may be more susceptible to frost or freeze damage than at other times.  The location of the plant in the garden may dictate the extent of the damage.  For instance, there might be two of the exact same plants in the same garden with one damaged and the other untouched.  The untouched plant might have been protected just enough by other plants to avoid frost.  Hydrangeas in one of our demonstration gardens was hit hard and all of the tips turned brown while others were perfect.  Those that were perfect were tucked up closer to the brick building.

I was up in Wooster on Tuesday, May 9th and noticed a lot more frost damage on plants than what we had in Clark County, Springfield area.  We got down to 36F and had frost in some places but not widespread.  Wooster and north of there had heavy frost according to Erik Draper. 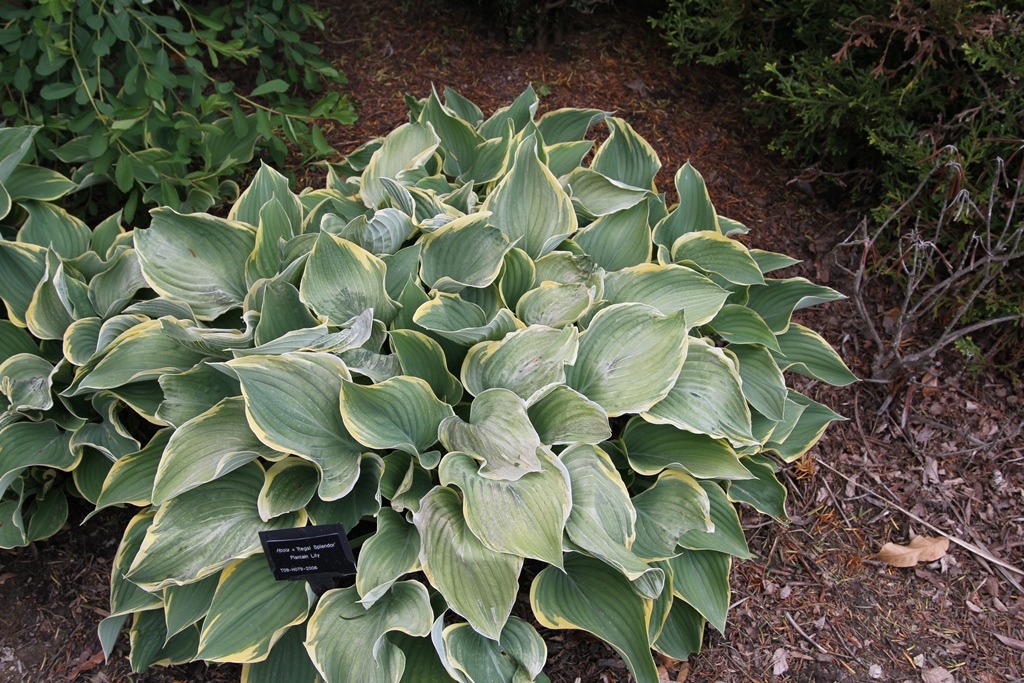 Some of the trees with tender green foliage were burned while others nearby with foliage that was more hardened off had none.  Perennials with tender new growth, especially Hosta spp in Secrest Arboretum were heavily damaged.  The damage didn't cause them to turn brown or scorched-looking but rather more of a sun scalded appearance.

Perennials that have frost or freeze damage should either be cut back to the crown or if just the damage foliage removed.  This may delay the blooms but the plants will sure look a lot better.  Trees with foliage damage might lose this foliage over time but it's early enough that new leaves will come out.  Unfortunately this is something we have to deal with every spring - but we never get used to it!