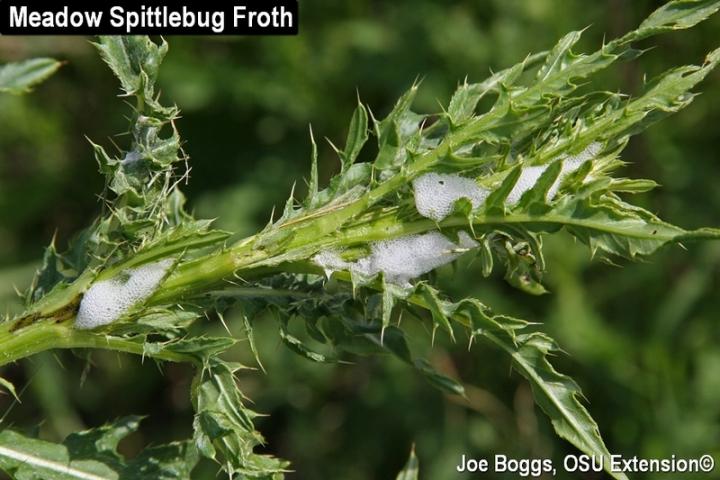 I came across an impressive stand of Musk Thistle (Carduus nutans) earlier this week that was heavily infested with Meadow Spittlebug (Philaenus spumarius).  Flower stalks of this biennial weed are currently bolting from the rosette stage.  Virtually every thistle stem appeared to be festooned with the tell-tale frothy, spittle-like masses characteristic of this and other spittlebugs.  The frothy masses are produced by spittlebug nymphs (family Aphrophoridae); adults of these insects are called "froghoppers."

Spittlebug nymphs are found embedded within their frothy mass.  The foamy "spittle" serves several functions including keeping the nymphs moist and protecting them from predators and parasitoids.  Despite their common name, the bubbly mass is not produced by the nymph's mouth; it arises from the other end. 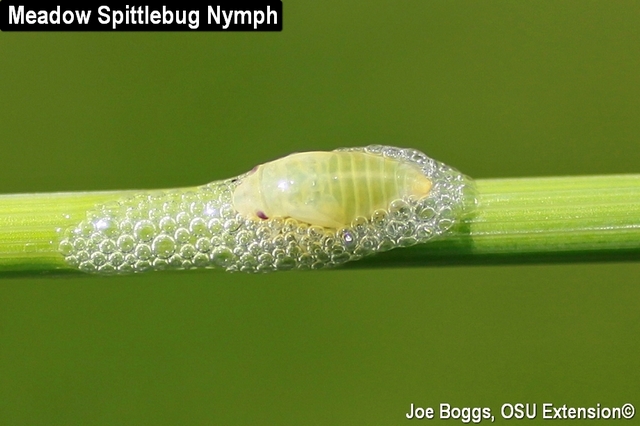 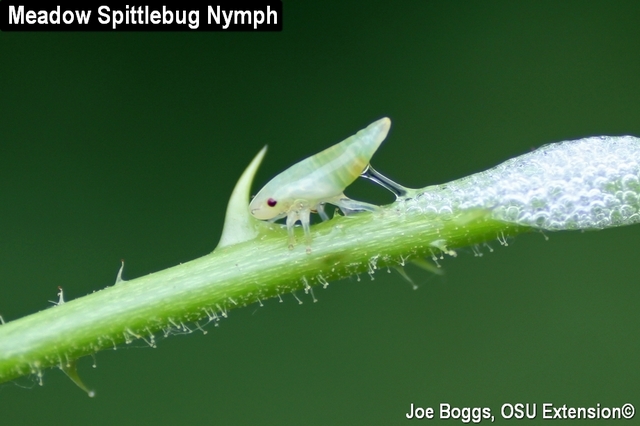 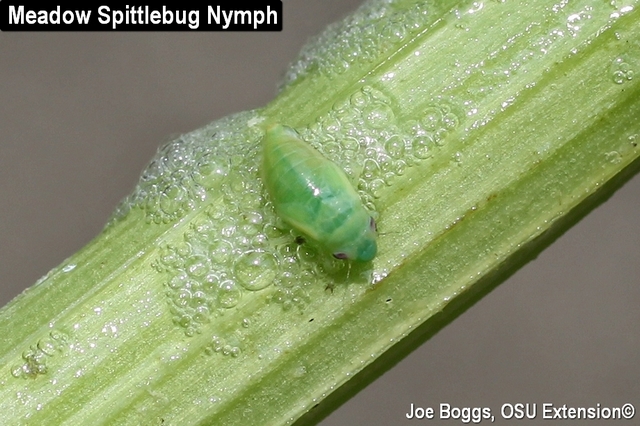 Most types of spittlebugs cause little harm to their hosts and are primarily viewed as oddities.  Their "damage" is mostly relegated to the aesthetically challenging appearance of the spittle-masses as well as the occurrence of blackened foliage produced by sooty molds that may colonize the spittle if it drips onto leaves. 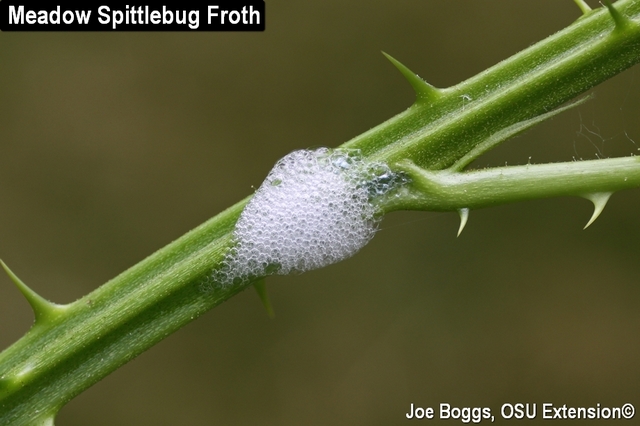 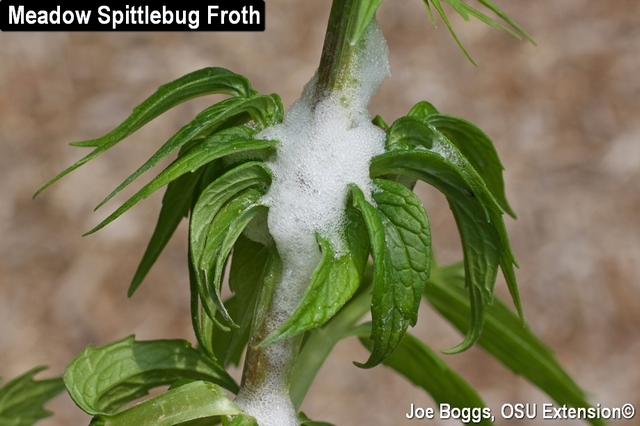 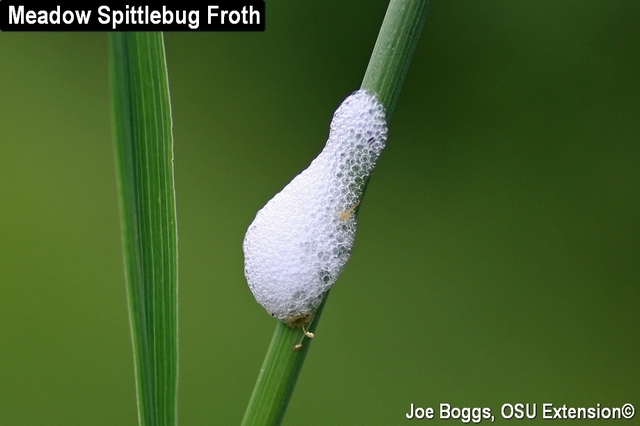 Meadow spittlebug feeds on over 400 species of plants included grasses and is a common occurrence in naturalized areas where they cause little concern.  However, it's a different matter when they appear on alfalfa, wheat, oats, corn, and strawberries where they can significantly reduce yields. A study published in 1998 by entomologists at the University of Tennessee showed musk thistle may serve as an important reservoir for meadow spittlebugs with adults moving to important economic crops as musk thistle populations mature [see "More Information" below to access the paper].