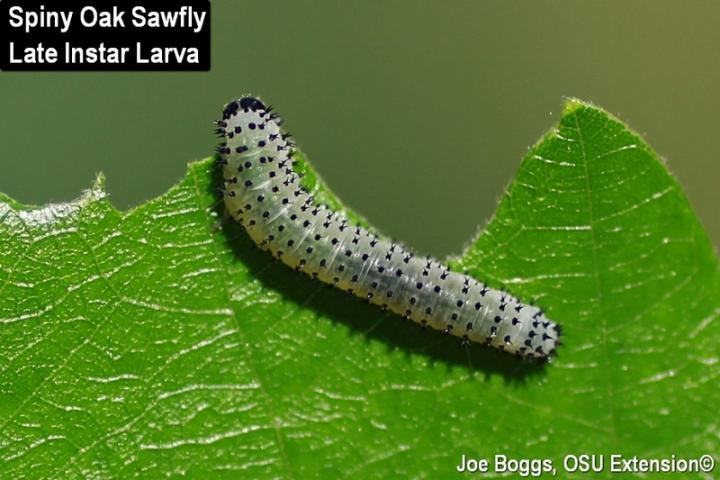 Look closely at developing oak leaves for Spiny Oak Sawfly (Periclista albicollis) larvae.  The small, light-green, semi-transparent larvae have shiny black head capsules and are covered with rows of forked (bifurcated) spines.  Their small size coupled with their coloration allows these larvae to easily blend with their leaf-food background. 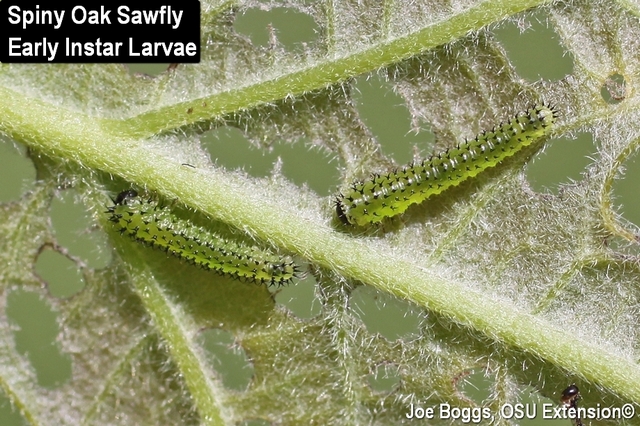 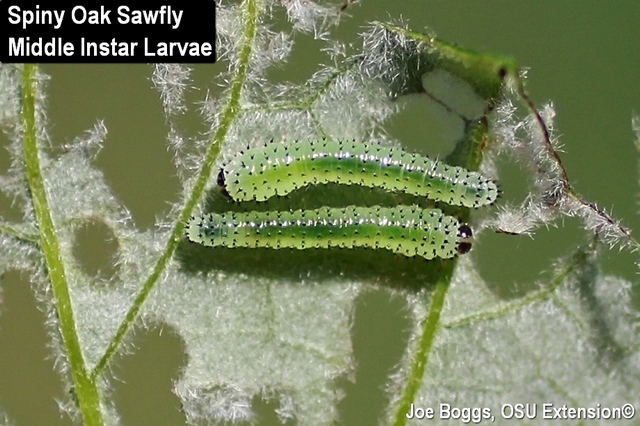 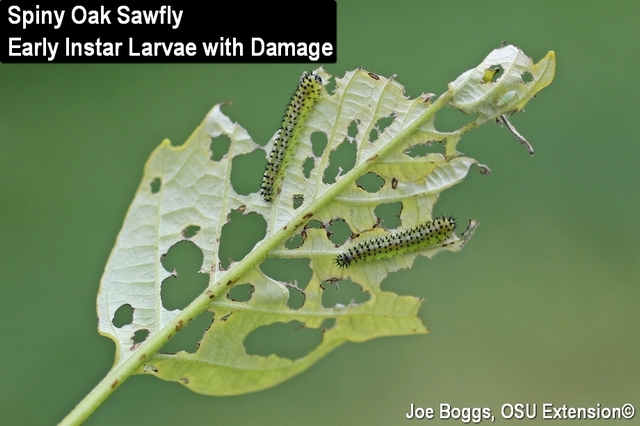 I have found this sawfly most frequently on bur, chinquapin (chinkapin), swamp, and white oak; however, all members of the white oak group may be affected.  Early instar larvae feed primarily on the underside of newly emerging and expanding leaves.  They produce small holes that get larger as the leaves expand.  Later instars consume interveinal tissue leaving behind the main veins to eventually give damaged oak leaves a tattered appearance. 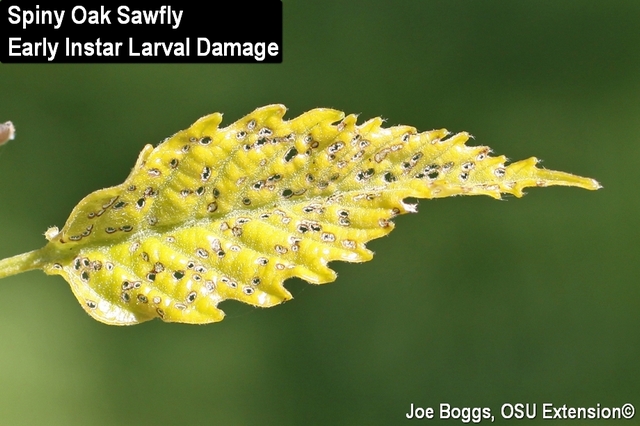 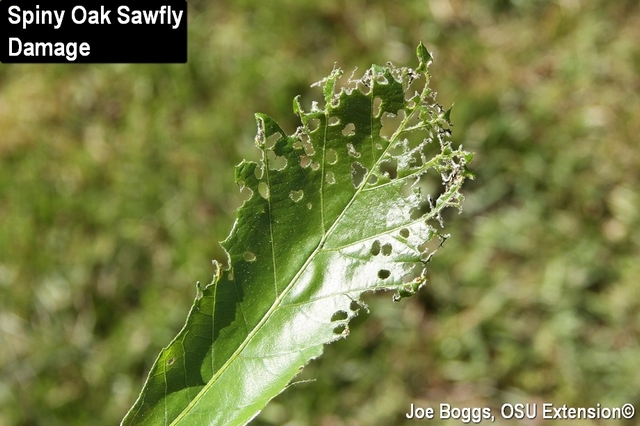 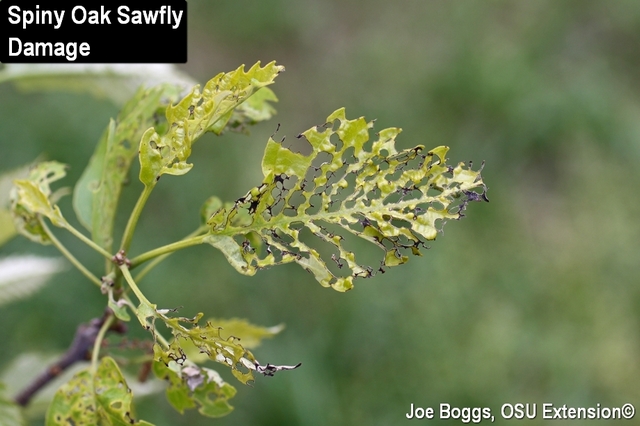 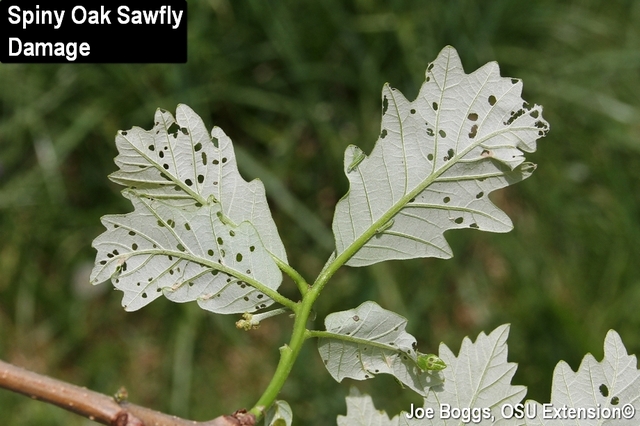 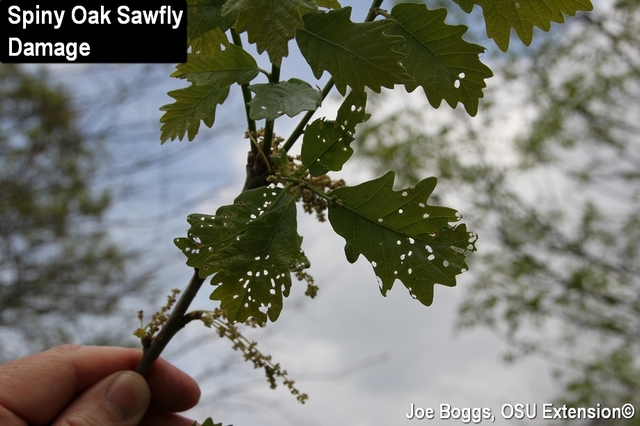 The few published reports that I have found on this sawfly do not mention its life-cycle.  However, based on my own observations, I believe there is only one generation per season with the larvae pupating sometime in May.  Thus, this sawfly has the potential to produce holes in newly expanding leaves and then leave the scene of their crime before being discovered.  This may create a diagnostic challenge because their small holes become large holes once leaves fully expand, but by that time, the sawfly has left the building.