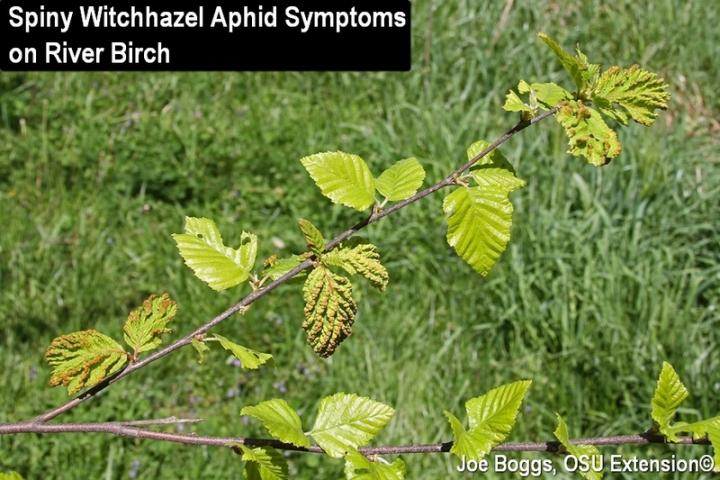 The unusual leaf distortion damage caused by the spiny witchhazel gall aphid (Hamamelistes spinosus) is now appearing on river birch in southwest Ohio.  The aphid produces raised ribs or "corrugations" on the upper leaf surface that match deep furrows between the veins on the lower leaf surface where the aphids live.  The aphid has a complex life cycle that involves two hosts:  witchhazel (Hamamelis spp.) and birch (Betula spp.).  Winter is spent either as eggs on witchhazel bark or as immature female aphids under birch bark. 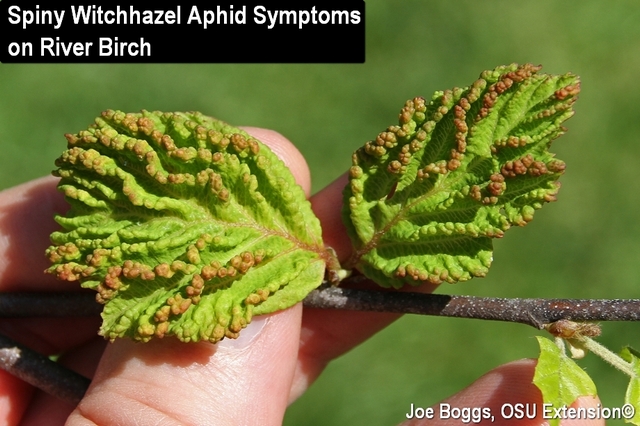 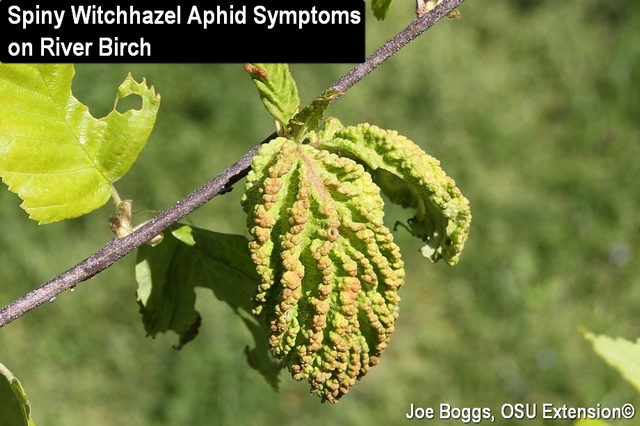 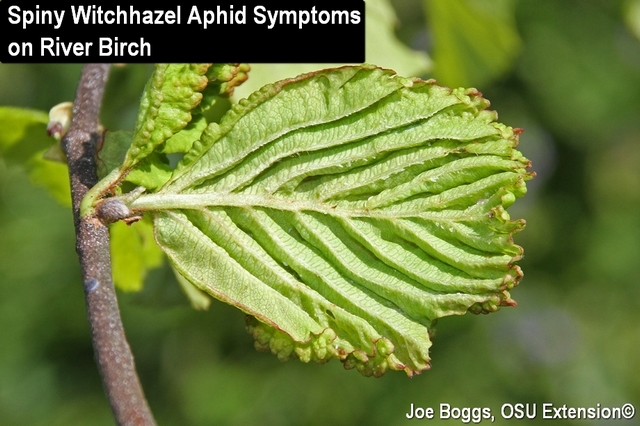 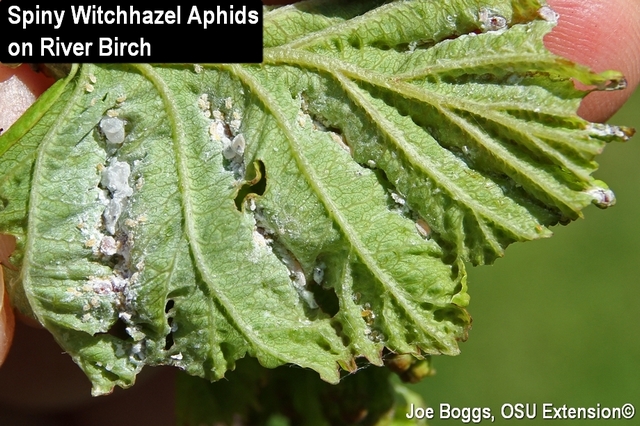 The aphid is sometimes called the "river birch aphid" owing to its affinity for B. nigra.   On birch, the females move to newly expanding leaves in the spring where they feed, mature, and give birth to a new crop of aphids.  Aphid numbers expand quickly with each succeeding generation contributing to an ever-expanding aphid population.  The feeding damage on birch causes the expanding leaves to pucker and bulge length-wise producing the characteristic leaf corrugations.  The aphids cover themselves in a waxy, white, flocculent material and live on the underside of the leaves within the corrugations.  The affected leaves will usually turn yellow and may prematurely fall off of the tree. 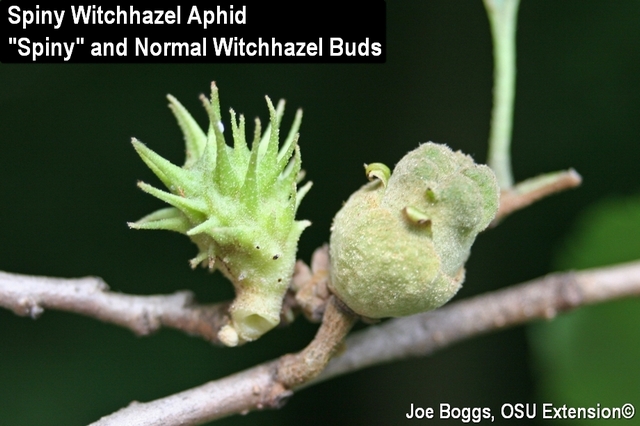 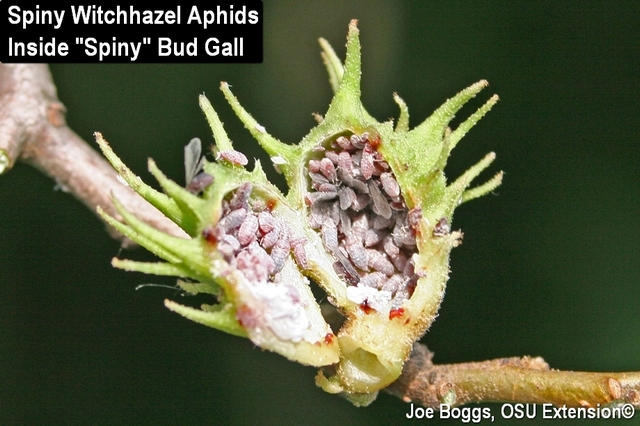 Eventually, the aphids on birch produce winged females that fly to witchhazel.  They lay eggs on the bark that will hatch into "stem mothers" the following spring.  The stem mothers feed on newly expanding buds and inject chemicals that cause the buds to form a hollow, spiny, globular gall around their progeny.  The winged aphids arising from the witchhazel galls fly back to birch.

Damage to both plant hosts is usually not severe enough to warrant treatment, particularly on witchhazel where the galls have little impact on plant health.  Frequently, numerous predators will destroy aphid populations on the birch leaves.  However, if heavy infestations on birch are consistently occurring on highly visible landscape plants or in nurseries, aphid populations can be reduced using systemic insecticides such as a fall soil drench application of imidacloprid (e.g. Merit), or a spring soil drench application of dinotefuran (e.g. Safari). 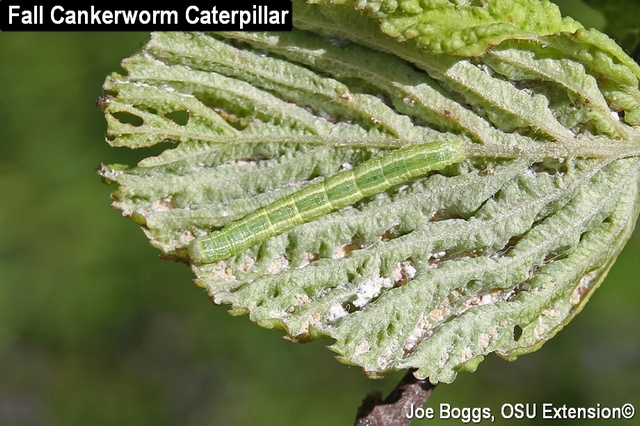 This final image shows another harbinger of spring:  a mature Fall Cankerworm (Alsophila pometaria) caterpillar.  It looks like a late instar stage and is probably seeking protection within the corrugated birch leaf.  The common name for this caterpillar comes from the time of the year when the adult moths are active and eggs are laid.  Spring Cankerworms (Paleacrita vernata) moths are active in the spring.  However, the eggs of both moths hatch in the spring and the resulting "inch-worm" caterpillars may be found feeding side-by-side on the same tree hosts.  Both caterpillars are general defoliators and often remain undetected unless we're suffering an "outbreak" year with high populations.  This caterpillar or its brothers and sisters are no doubt responsible for the missing parts of some the leaves in my images.