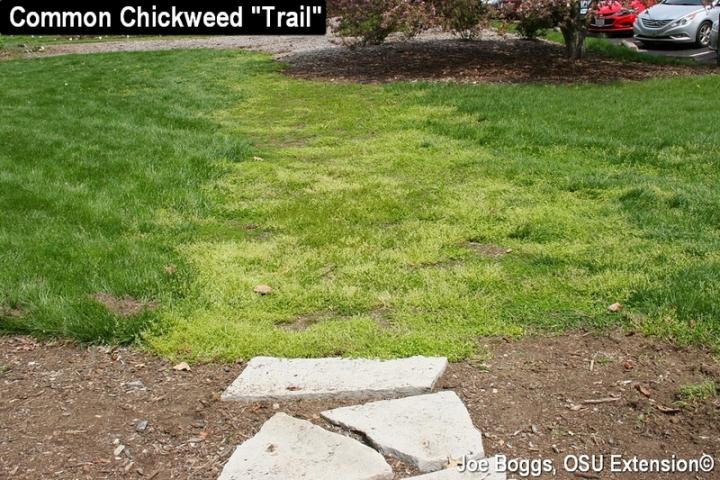 Common Chickweed (Stellaria media) is a European winter annual that is now found world-wide.  Winter annuals are sneaky weeds.  They produce seeds in the spring then plants fade away prior to the summer season; out of sight, out of mind.  The seeds dodge spring applied preemergent herbicide bullets because they do not germinate until the fall.  The resulting plants grow below our radar throughout the fall, winter, and early spring when we pay little attention to what's going on in our lawns and landscapes. 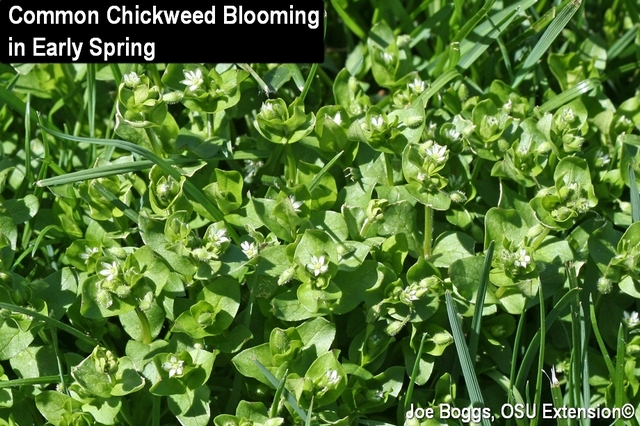 In fact, we may even appreciate common chickweed with its intense green 6 - 12" mats adding color to drab winter landscapes.  Wildlife appreciates the vitamin rich food source during the early spring when there is little else to munch on and chickens as well as other birds feast on the seed; thus, the common name. 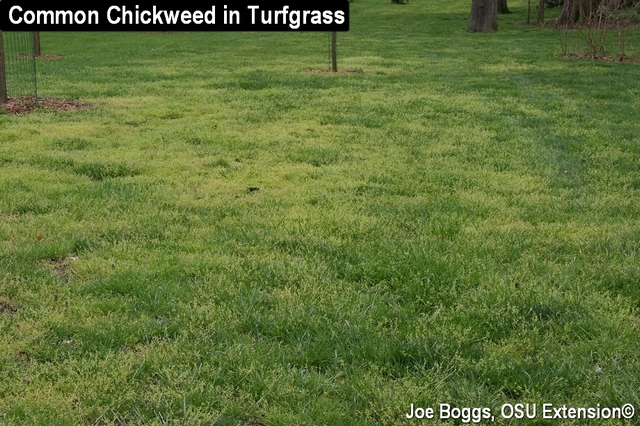 However, this is the time of the year when common chickweed reveals its most undesirable characteristic.  Once plants produce seed, they turn light green to yellowish-green giving a "patchy" appearance to turfgrass and creating unsightly landscapes.  Eventually, the chickweed plants turn brown and slowly fade away to reveal the thinned turfgrass or bare-earth that allowed the plants to establish and thrive in the first place. 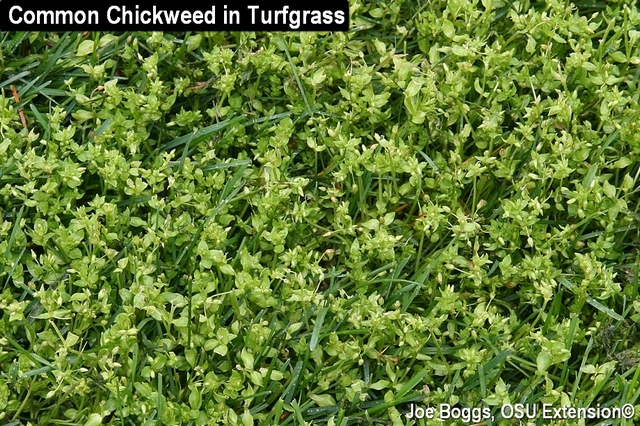 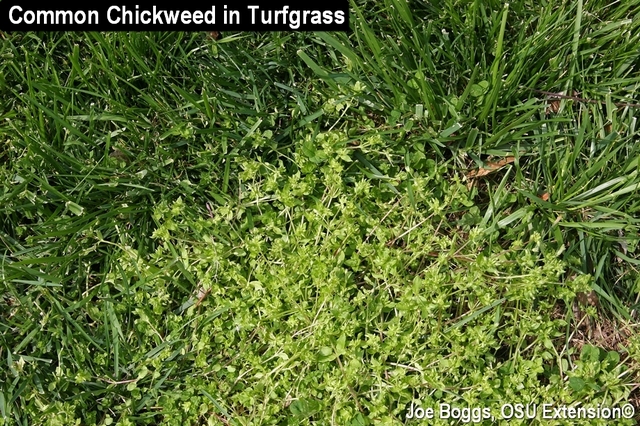 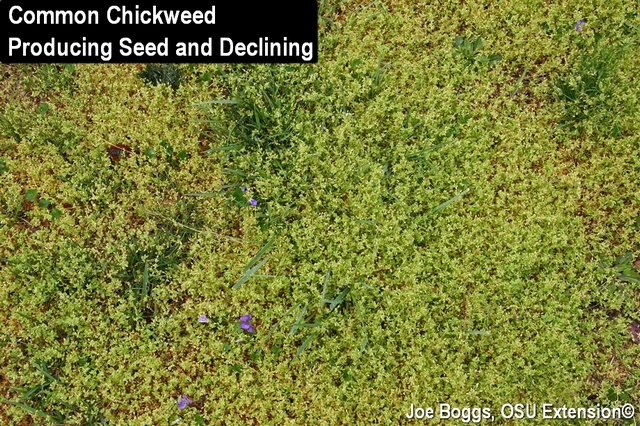 Chickweed is highly opportunistic.  It is a wimp-weed that is not capable of competing against healthy, thriving turfgrass.  Its seed germinates best when exposed to sunlight; burying the seed beneath mulch in the fall will prevent germination.  As with most annuals, chickweed is shallow-rooted and the mat-like plants are easily ripped from the earth by hand or rake.  Of course, it's too late now in southern and central Ohio to prevent seed production by pulling-up and destroying the plants.

Common chickweed can also be managed using pre- and postemergent herbicides.  However, preemergent products that rely on the active ingredient oxadiazon (e.g. Ronstar 2G or 50WP; Oxadiazon 2G or 50 WSP, etc.) will have no effect.  Common Chickweed belongs to the pink family (Caryophyllaceae) and oxadiazon is ineffective against plants in this family.  It's a sneaky family trait.