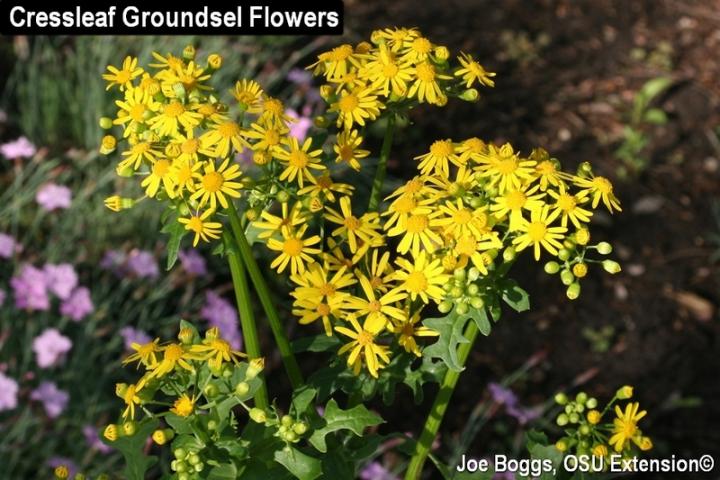 I've watched Cressleaf Groundsel (Packera glabella; syn. Senecio glabellus) for years popping-up in landscapes and farm fields.  However, I never truly appreciated the canary yellow display provided by this winter annual.  Indeed, I've placed all of my past BYGL reports on this native plant under the header, "Weed of the Week."  I'm not alone; there are numerous online reports describing this plant as a serious problem in wheat and hay fields. 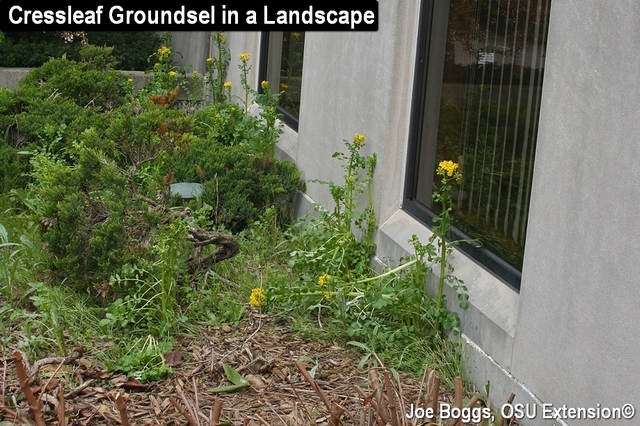 However, in prepping for this report, I also came across a number of reputable online resources listing Cressleaf Groundsel (a.k.a. Butterweed) as a beautiful native wildflower.  Is it a weed or wildflower?  My conundrum is perfectly described by Susan Witting Albert in her book, An Unthymely Death and Other Garden Mysteries:  "One person's weed is another person's wildflower." 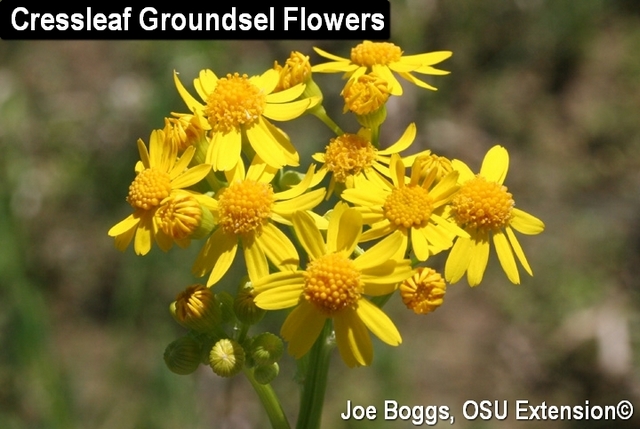 Cressleaf groundsel is a member of the aster family (Asteraceae).  It sports showy daisy-like yellow flowers and seed heads that look like miniature dandelion puff-balls.  The flowers are borne at the ends of thick, erect, stems that are green with reddish-purple streaks.  The plant's "cress-like" leaves are responsible for the common name. 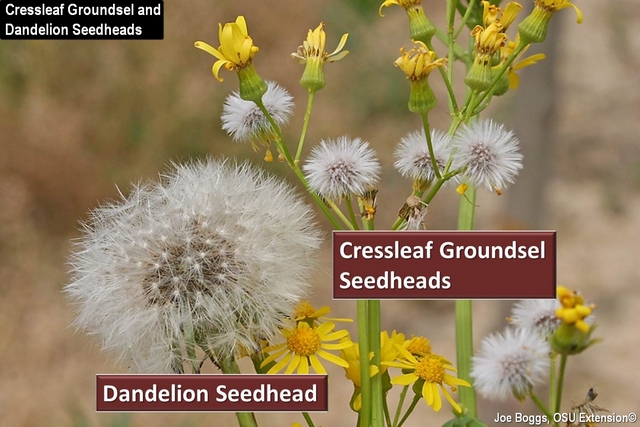 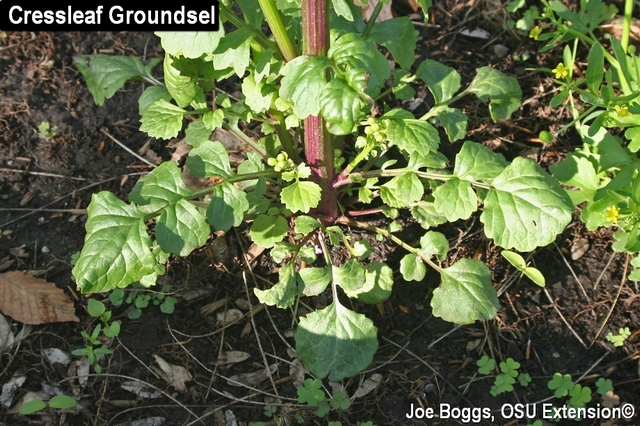 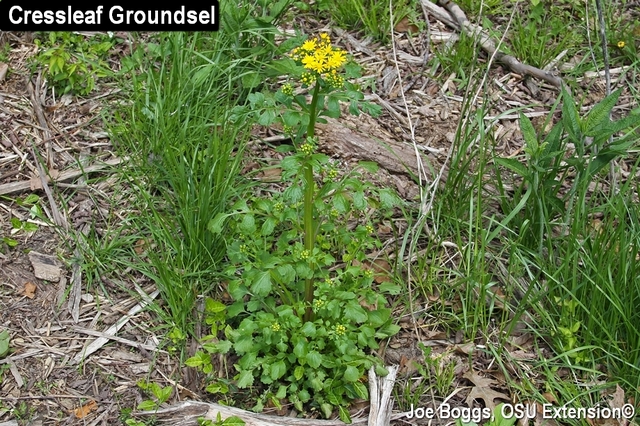 The USDA, Natural Resources Conservation Service, PLANTS Database, lists Packera glabella as native to the lower 48 states as indicated by the description code L48 N.  It also shows this species as CAN W.  The "CAN" means Canada and the "W" means, "Waif - an ephemeral introduction, not persistently naturalized."  I've never heard "waif" used to describe a plant; it sounds very amiable.

However, for reasons not clearly understood, this native plant has become unusually common in Ohio in recent years in cultivated fields, nurseries, and landscapes.  Various reports indicate the weed may have some tolerance to 2,4-D and may require high rates of glyphosate to be controlled.  Perhaps the rise of butterweed has occurred through herbicide-induced "un-natural selection."  In other words, one person's weed management program is another person's wild flower proliferation program. 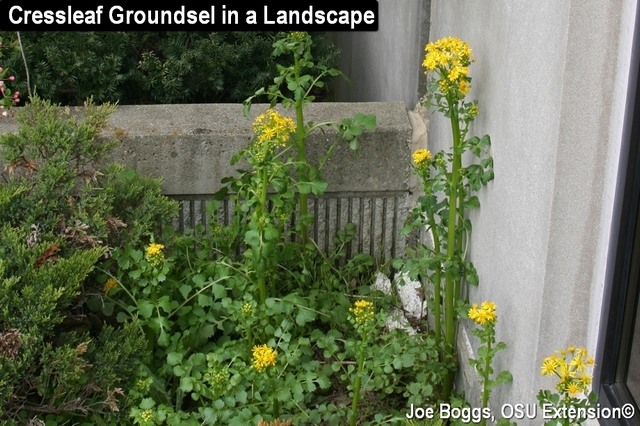 Of course, if Butterweed is misbehaving, this winter annual can be easily removed right now and seed production reduced by hand-pulling or cultivation.  "Burn-down" herbicides such as products based on pelargonic acid (e.g. Sythe) are also effective.