Shrub of the Week: Winterberry Holly 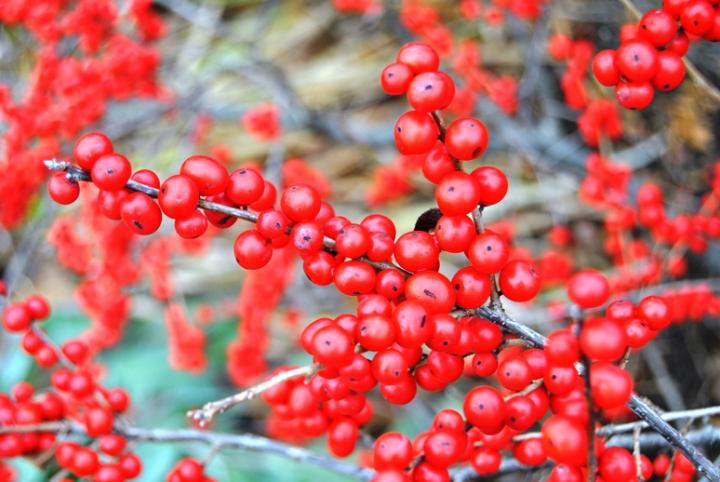 {Text and photos for this bygl-alert are provided by Paul Snyder, horticulturist for OSU’s Secrest Arboretum at the Ohio Agricultural Research and Development Center in Wooster, with a little help from Jim Chatfield}.

Ilex, which comes from the Celtic word ‘Ac’ meaning point, refers to the spines commonly found on the leaves of this genus. However, Ilex verticillata lacks such spines.

Ilex verticllata is the most widely distributed native species of holly, being found in Canada south to Florida, and west to Missouri. It can even be found growing in Ohio. It prefers to grow in swampy areas, but can tolerate drier sites. The foliage is medium green in summer (flowers are inconspicuous) and turns purple to yellow in the fall. The plant beings to shine in September when the berries start to turn bright red. 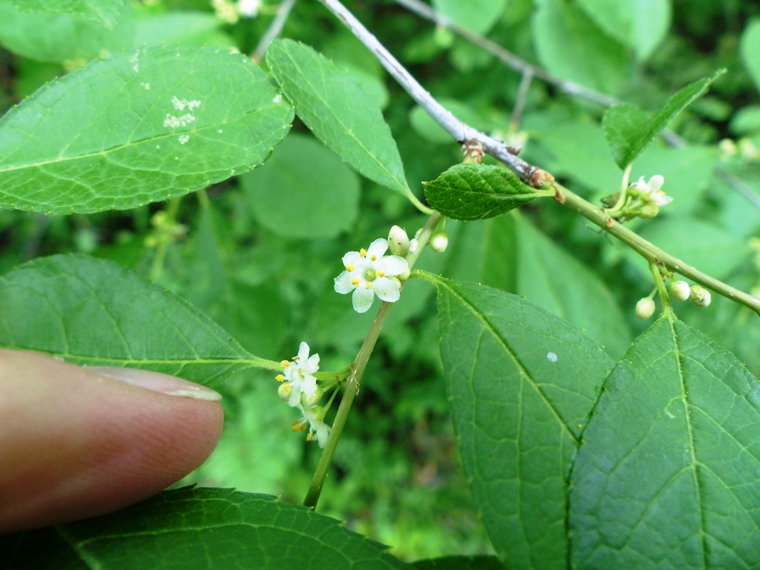 The contrasting display of red fruit and green foliage is striking. As the season progresses the foliage falls off, leaving only berries on the stems. These stems stand out in the winter landscape, but especially against a contrasting back-drop (think grasses or evergreens) and provide food for birds. Large (8-10’) and small (2-3’) selections are available in the trade. Selections are available that have red, orange, yellow, or white fruit.

This is my favorite species (along with winterberry hybrids) of holly (with the selection ‘Winter Red’ topping the list) simply for the fact that the stems are absolutely stunning when covered in red berries. They are attractive alone, covered in frost, or covered in snow.  It is used for holiday decorations and holds up quite well in arrangements or dries well (if left undisturbed in a vase).

All the cultivars pictured here can be found throughout the gardens at Secrest Arboretum and grounds surrounding the Discovery Pavilion.

All members of the genus Ilex are dioecious, meaning that male and female flowers are borne on separate plants. Thus, in order to have fruit you must have a male pollinator. Not only that, you must purchase the correct male pollinator to go with the desired female due to variations in flowering times.

‘Cacapon’ has glossy red fruit. The plant is more upright than other cultivars and matures at 6-8’ tall. 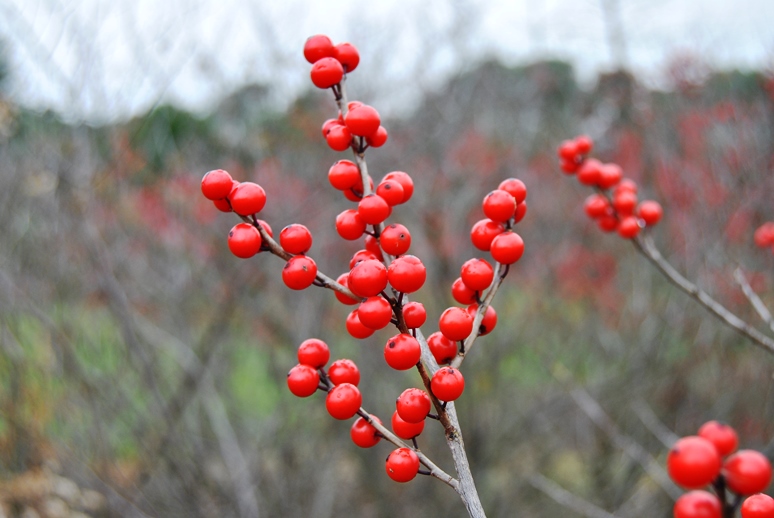 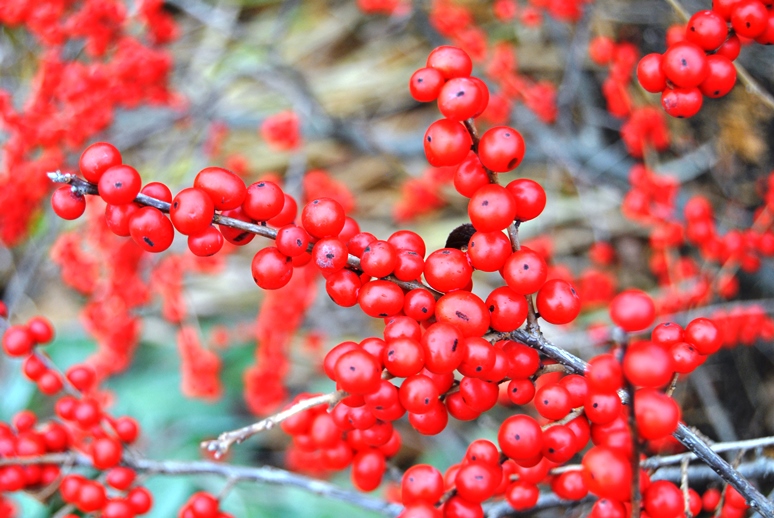 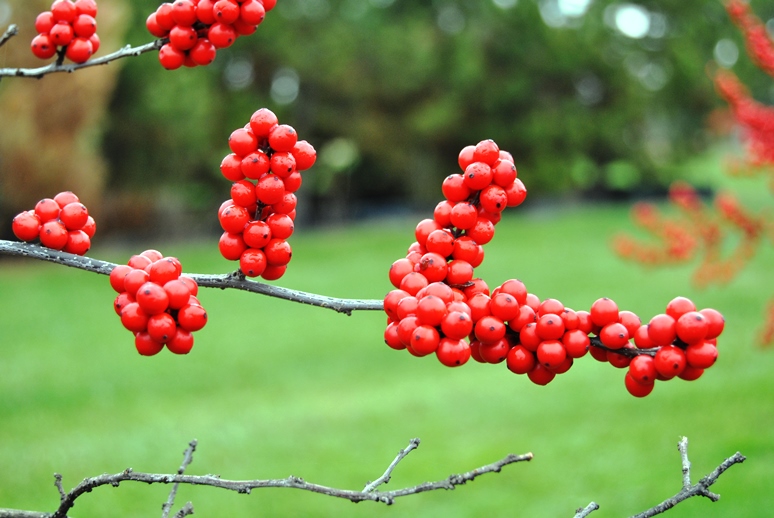 ‘Winter Gold’ similar to Winter Red but with gold fruit. 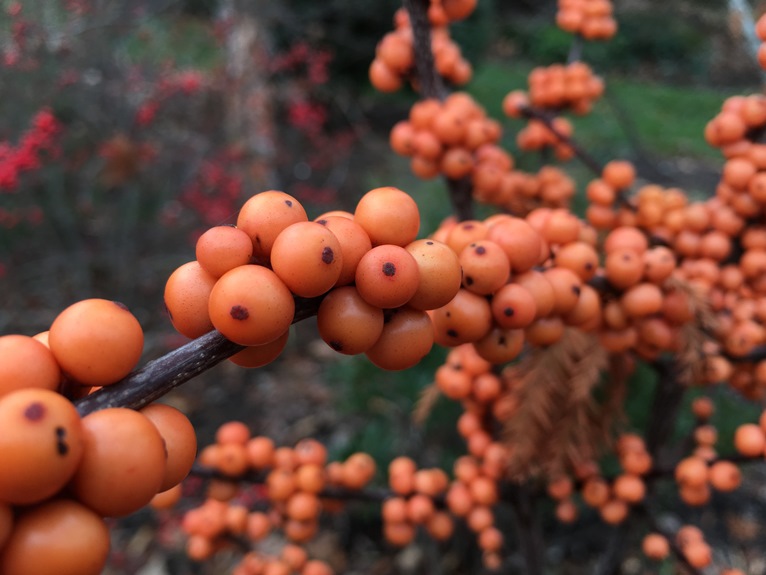 This branch sport of ‘Sunset’ has pumpkin orange fruit, quite exciting! 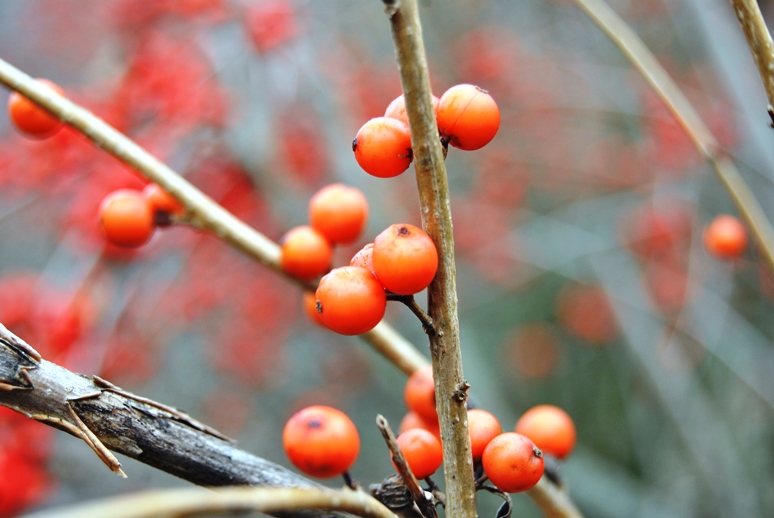 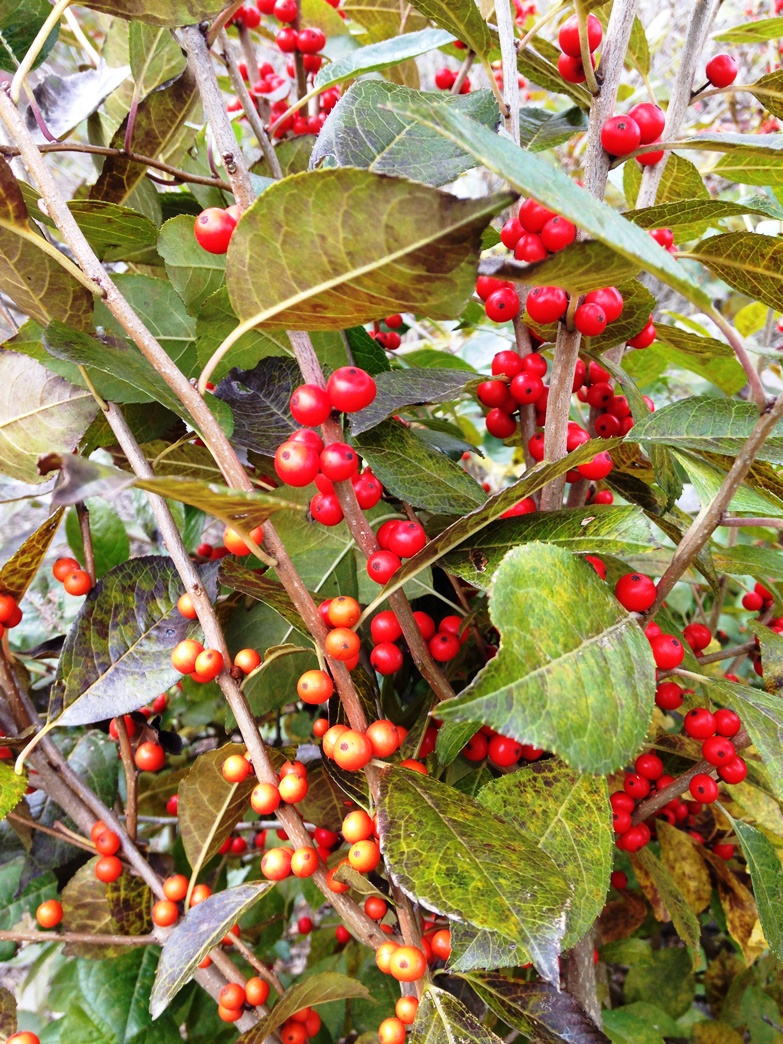