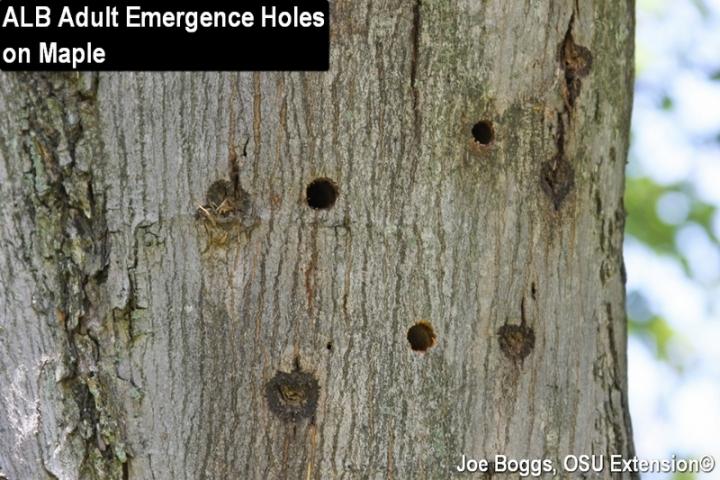 "East Fork Wildlife Area consists of 2,705 acres that are managed by the ODNR Division of Wildlife for public hunting and fishing in southwestern Ohio. It is unlawful for any person to remove wood from a wildlife area without first obtaining approval."

"The center of the newly discovered infestation is within the Williamsburg Township portion of the East Fork Wildlife Area, south of Clover Road. Tree inspection crews will continue to survey the area and surrounding areas to determine the extent of the infestation. Using ground surveyors and specially trained tree climbers, crews will inspect host tree species susceptible to ALB for signs of the wood-boring beetle. Any trees found to be infested will be removed as part of the eradication effort."

"Once the extent of the infestation is evaluated, ODA will move to expand the ALB quarantine to include additional areas near the new infestation. When available, a map of the regulated areas will be posted …" [the ODA ALB web link is included under "More information" at the end of this Alert].

ALB has a history in North America of infestations starting from single points of introduction with beetle "founders" arriving directly from Asia.  Multiple related infestations then evolve in a region with their size and number being dependent on how long ALB remains undetected.

ALB in Clermont County, OH, has followed a trajectory similar to infestations in other regions.  The original infestation discovered in 2011 near Bethel in Tate Township produced satellite infestations discovered in nearby Monroe Township (2011) and Stone Lick Township (2012).  It is known that infested materials had been moved prior to the discovery of ALB in Ohio.  It is not yet known how the new infestation in the East Fork Wildlife Area became established; investigations are underway.

It was encouraging that no new ALB infestations had been found in Ohio since 2012.  However, the new discovery reminds us that we must remain vigilant.  The following images show key diagnostic features that can help you detect an ALB infestation.  Although ALB will develop on trees belonging to 12 genera, maples (including boxelder) are by far the most preferred hosts.  For further information and for accessing a user-friendly webpage for reporting an ALB infestation, click on the link to the USDA APHIS ALB website under "More information" at the end of this Alert. 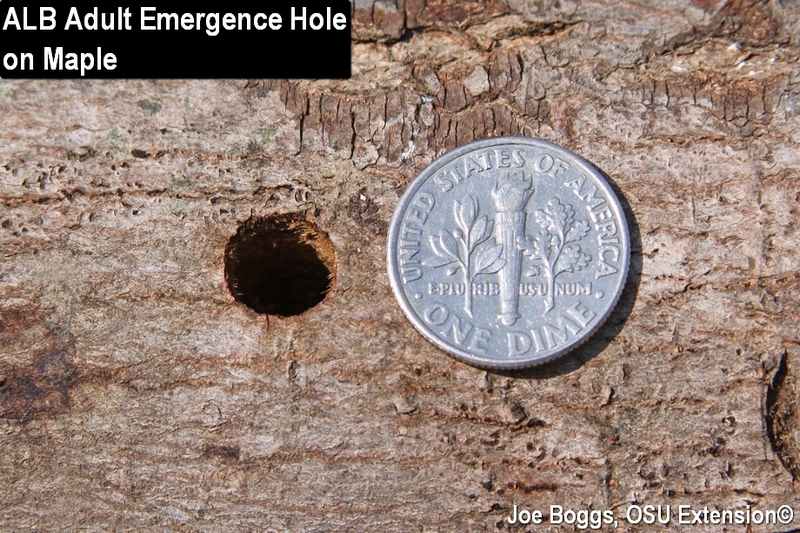 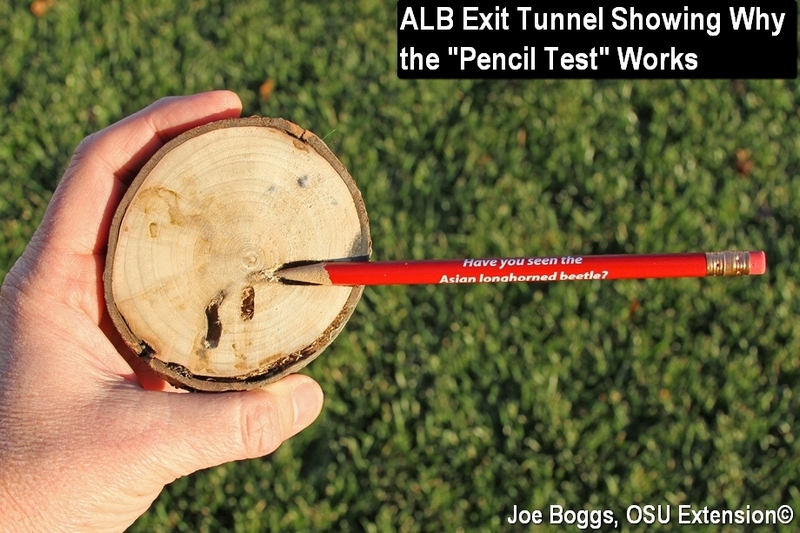 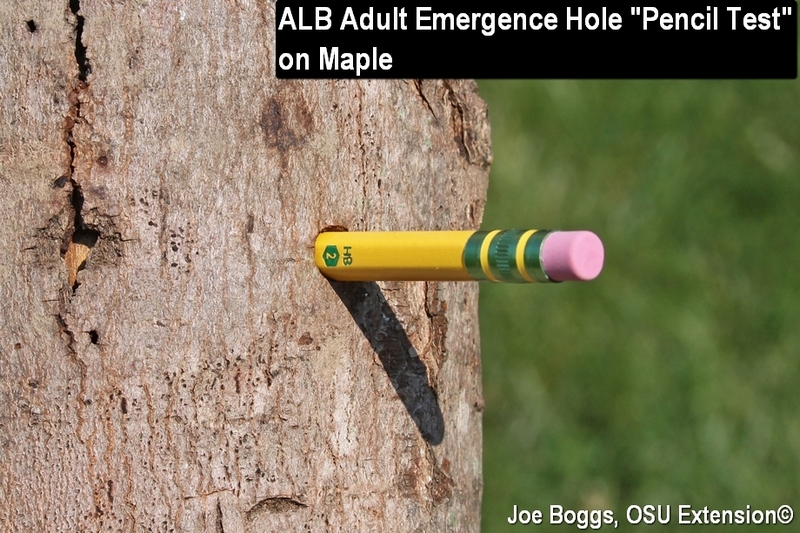 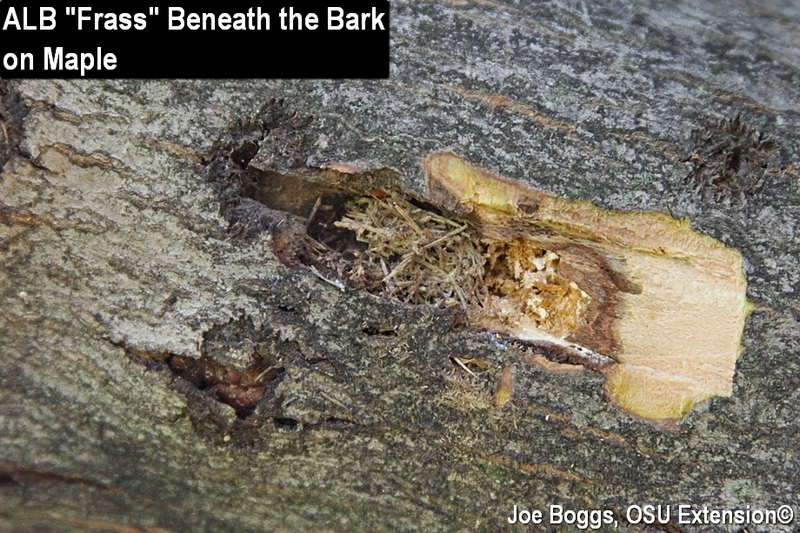 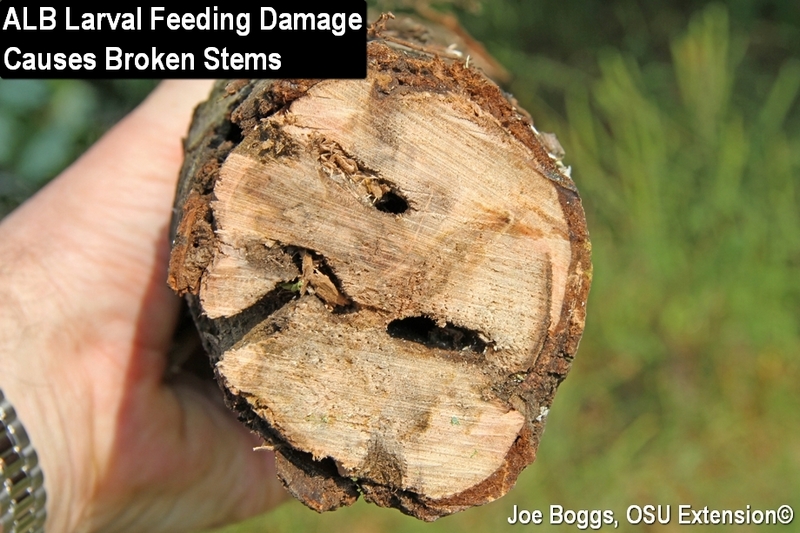 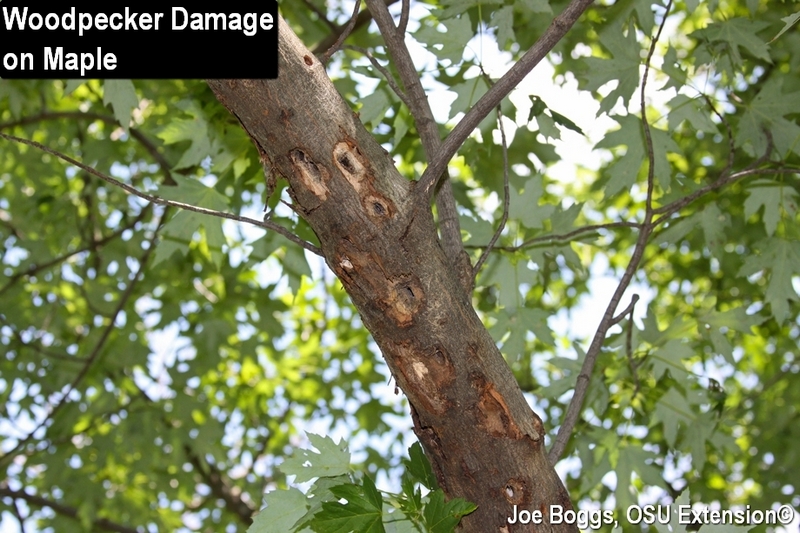