Tree of the Week: Name That Plant 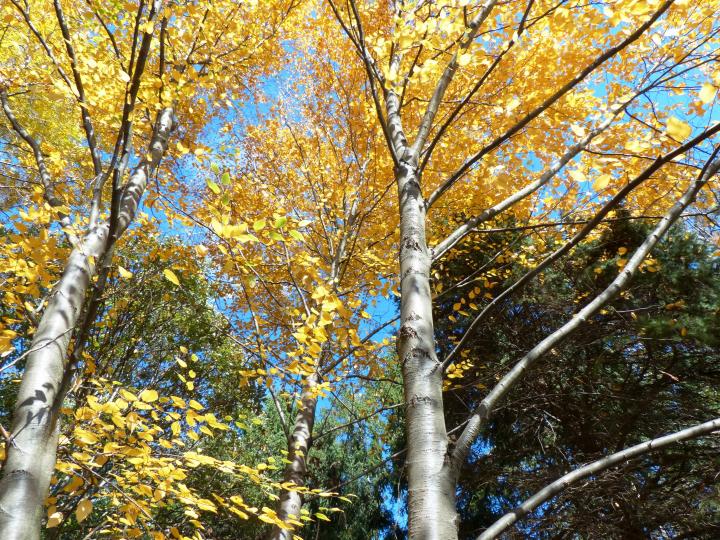 This tree resides in my front yard, and was a gift from Rich Larson of Dawes Arboretum almost three decades ago after I gave a talk on pests and diseases of trees. Fortunately, this tree in general has few insects or infectious diseases and my gift tree and its multi-stemmed trunks has now grown about 40 feet tall in those 29 years. It is a native tree, but fairly unusual in Ohio woodlands. This tree has intensely lemon-yellow changing to burnt gold fall foliage which was spectacular from late October and now into the first few days of November this year. 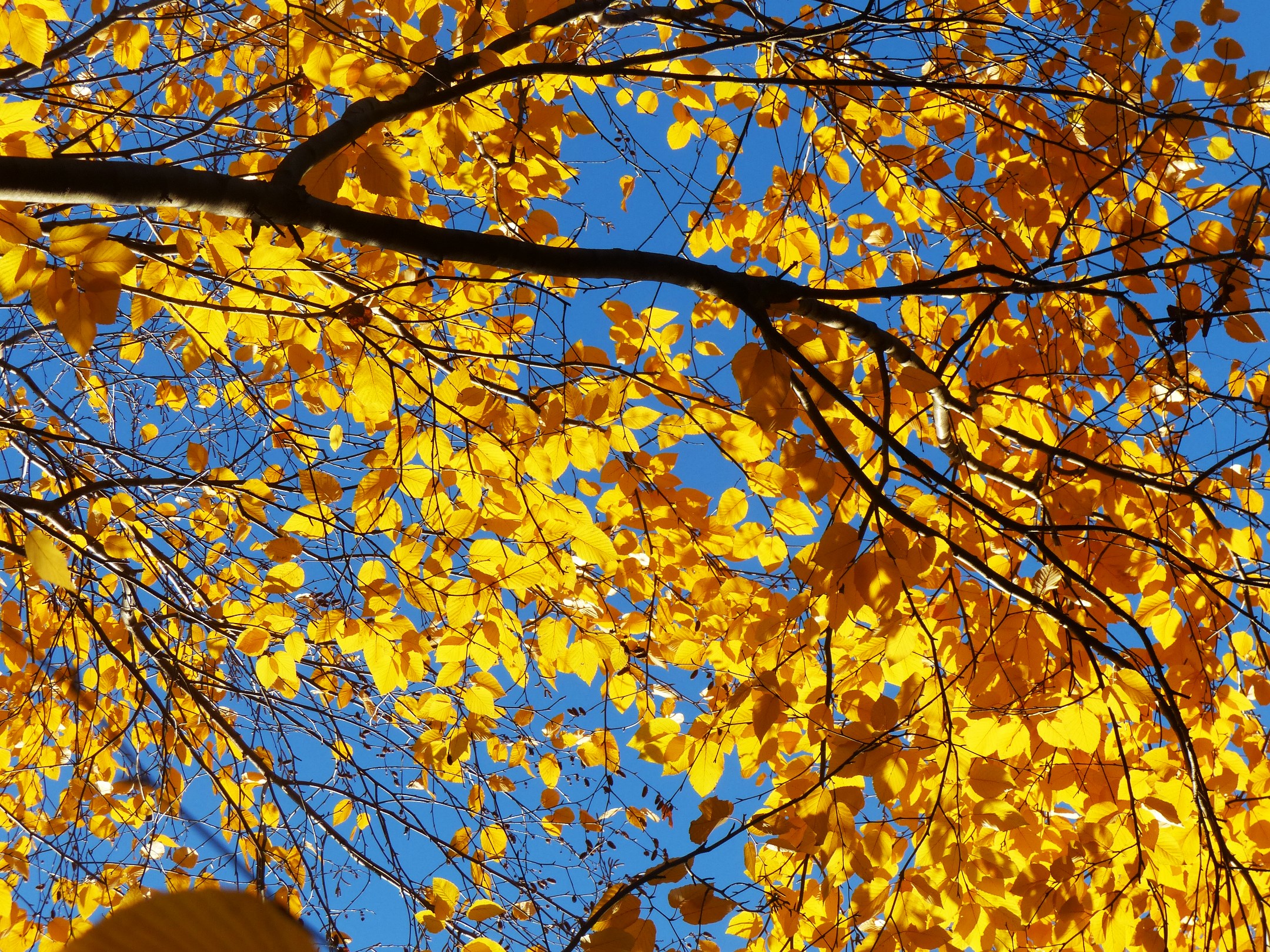 It is one of several species in this genus (remember a genus is a group of related species), which provides oils in the bark that are used to make a refreshing drink, once a staple at county fairs, and still an occasional offering.  It can be distinguished from its wintergreen oil-producing cousins by its reddish-black, non-peeling, smooth, cherry-like bark. It is great to have in landscapes for the all-season scratch-and-sniff aspect of this young bark.  Many years ago, when I worked at Geneva Hills Camp near Lancaster in southeast Ohio I came to first know it when we were chain-sawing trees in a mandatory clearing project for a power line right-of-way through the camp. The aromas! 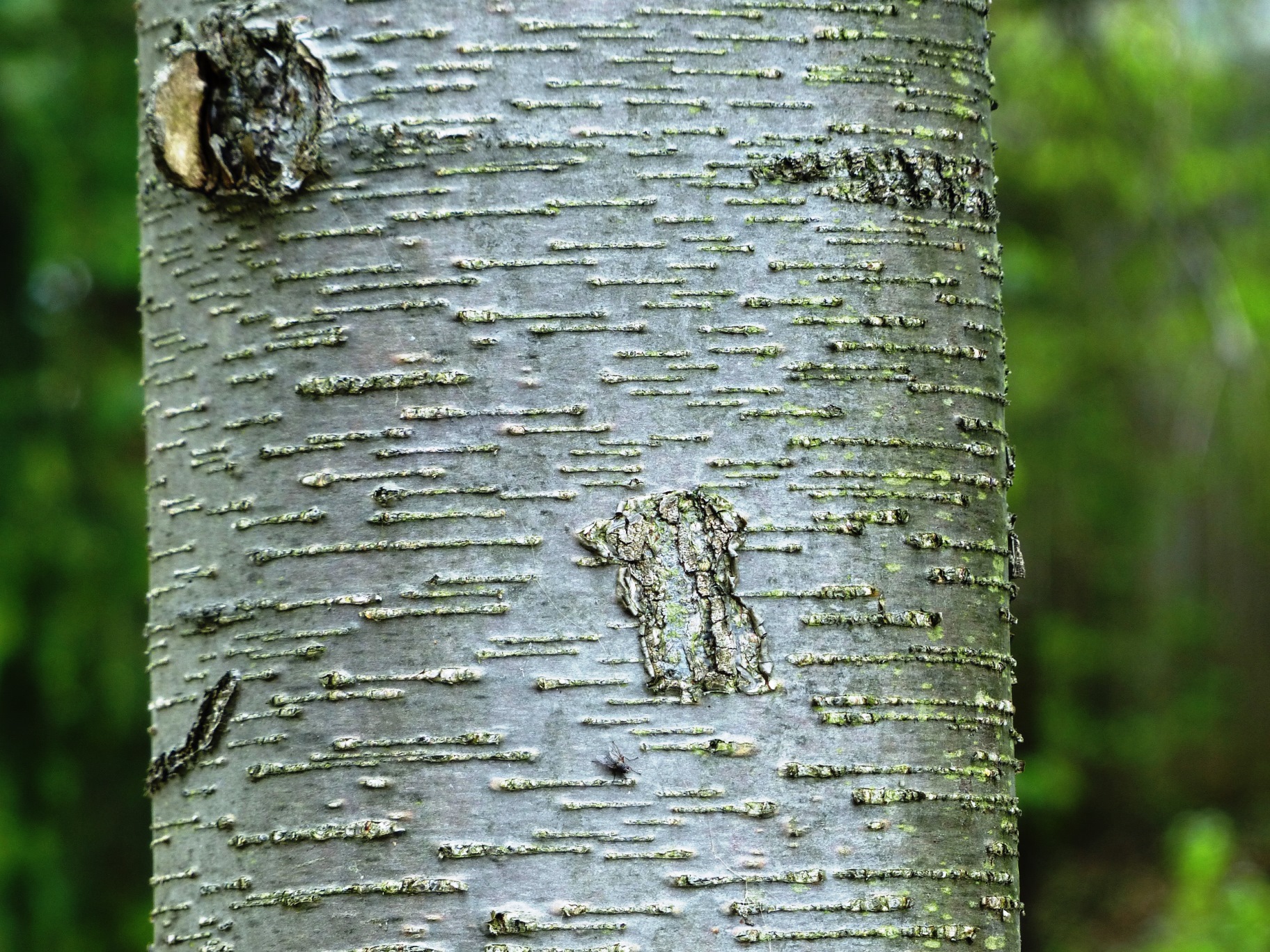 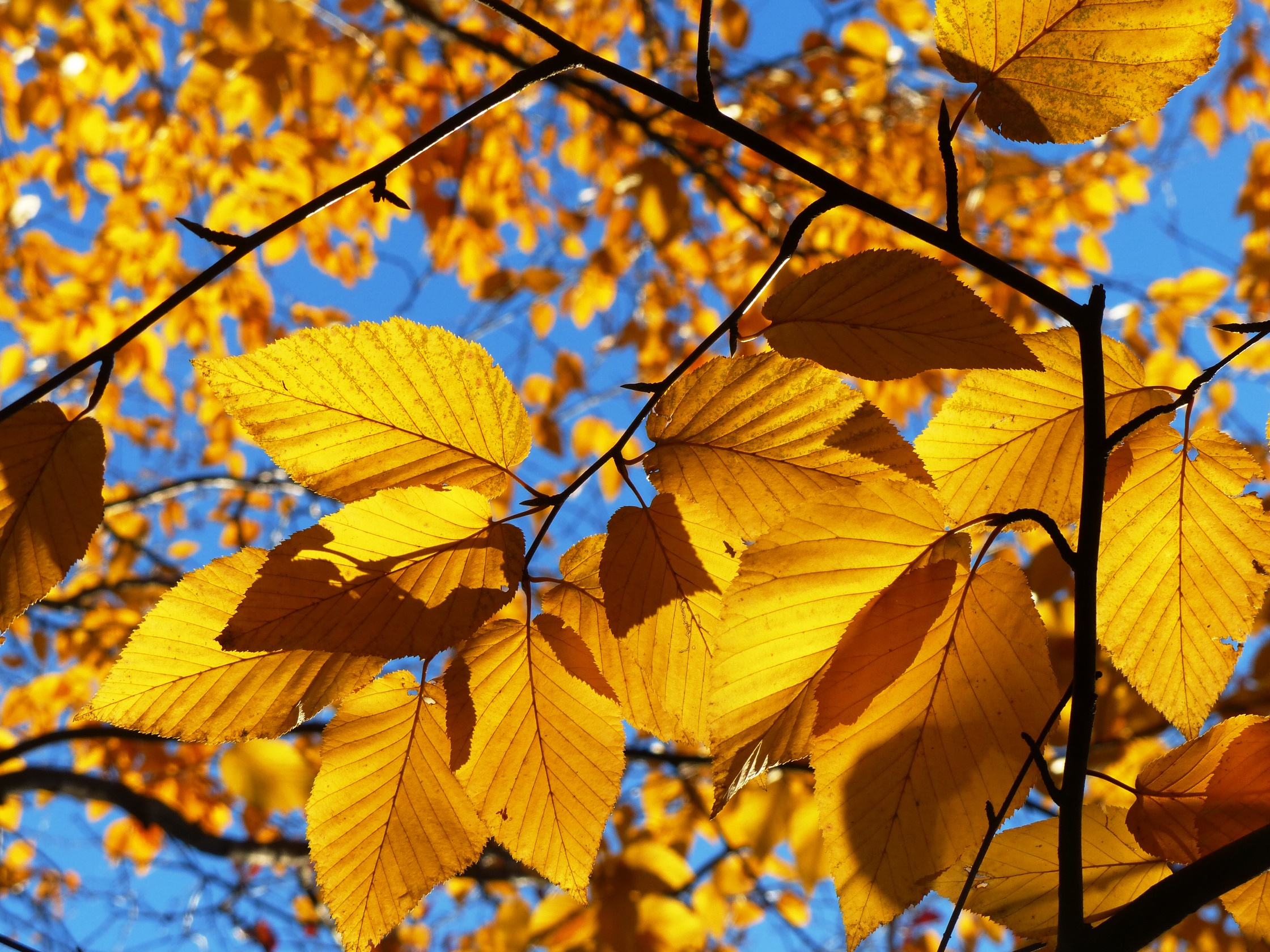 It is in fact, sweet birch, Betula lenta. Sweet birch is also known as the cherry birch, due to its cherry-like bark, and also as black birch.  Ah, the sweet wintergreen aromas of sweet birch sap – tapped in the old days to make birch beer. This birch beer, now synthesized rather than harvesting a few thousand saplings for a pint of oil of wintergreen, come from sweet birch and an allied species, Betula alleghaniensis. The hint to discriminate between the two is the reddish-black, non-peeling, smooth bark of sweet birch.

Note: Oil of wintergreen (methyl salicylate) is naturally occurring in many plants, especially wintergreen (Gaultheria procumbens) in the heath or rhododendron family (Ericaceae: remember a family is a group of related genera), and as noted certain Betula species in the Betulaceae, and Spiraea in the rose family (you guessed it, the Rosaceae). There are many interesting speculations and investigations as to the natural role of methyl salicylate, from preventing herbivoral feeding success of insects on plants by attracting beneficial insects, for example.

Synthesis of larger amounts of methyl salicylate by chemists is used in a number of products, from BENGAY to Listerine, but is dangerous to humans in large doses.  One of the “ironies” (non-literary), at least to me, is that oil of wintergreen is not something we find, as far as I know, in plants in the mint family (Lamiaceae). I guess I assumed that those chewing gums and Wint-O-Green Life Savers were fueled by mints.  No, it is methyl salicylate, oil of wintergreen, not originally from “mints” and, as now used, synthesized methyl salicylate.

And for the pranksters among us, methyl salicylate, dried and mixed with sugar, and rubbed together, in the form of those Wint-O-Green Life Savers: a triboluminescent glow-in-the-dark trick and treat!

But sweet birch: every landscape should have one.  You can enjoy, any time of year, with a simply scratch of those twigs, the most delightful aroma of wintergreen. But for fall foliage...!!! 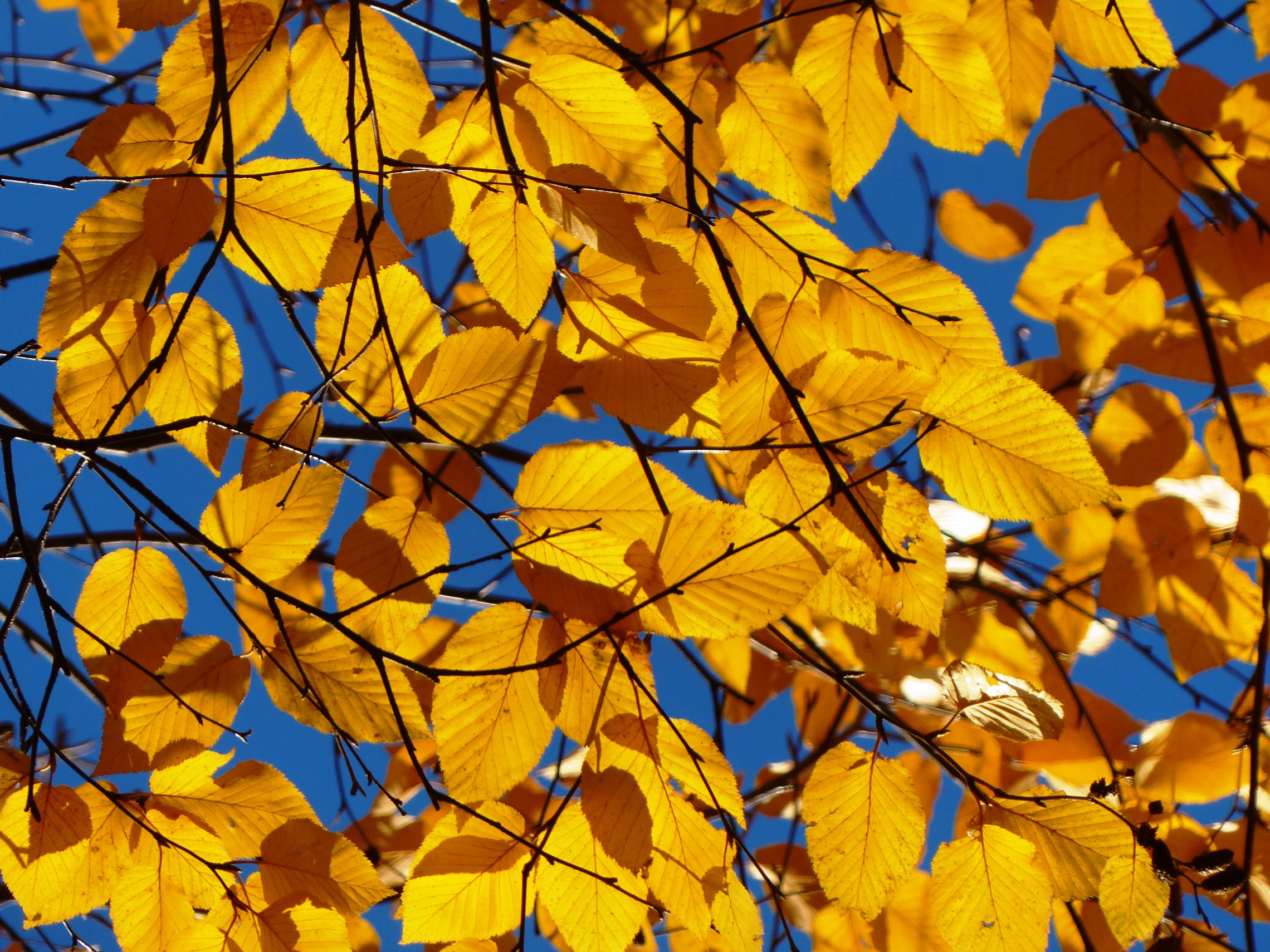 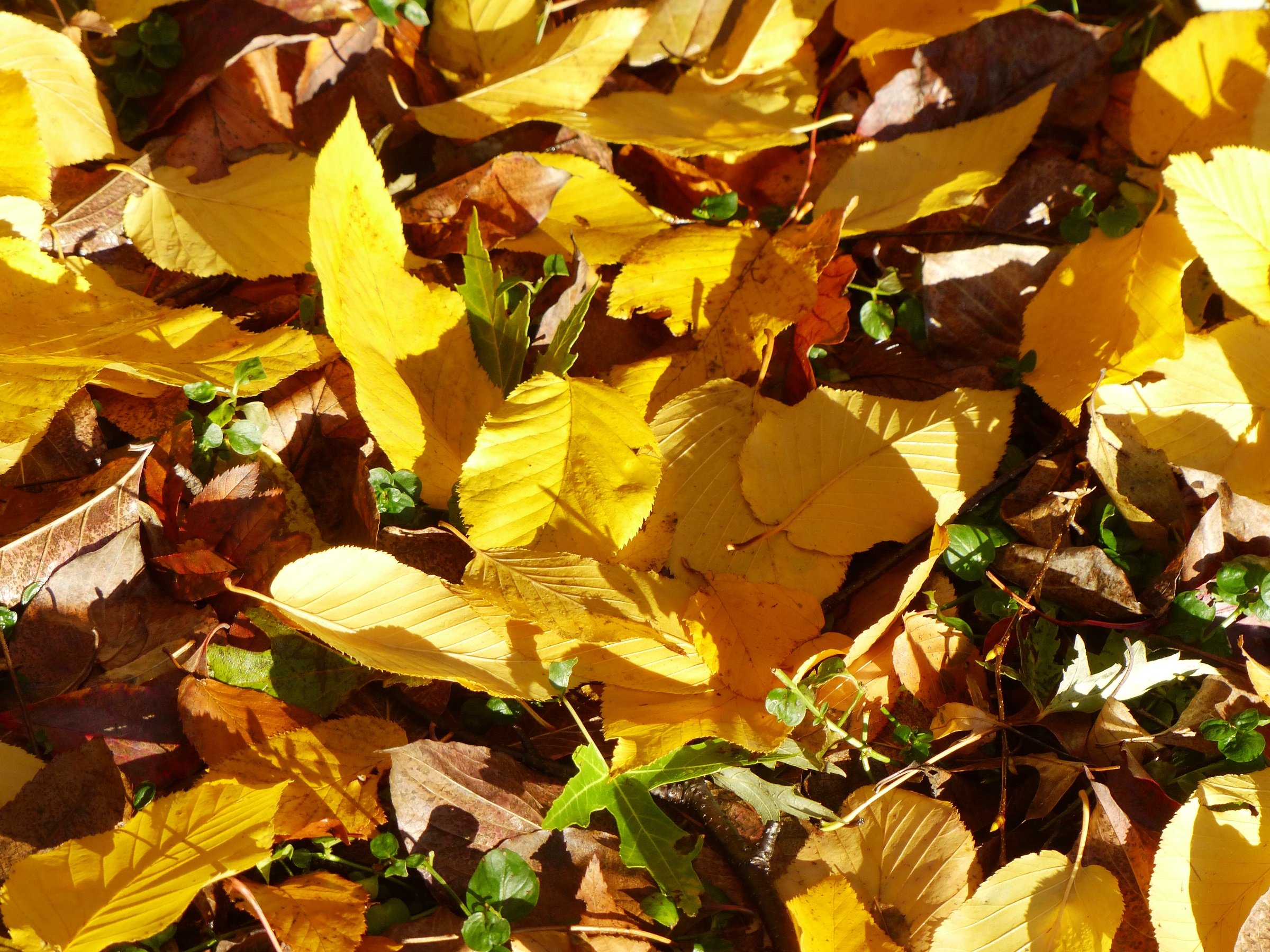