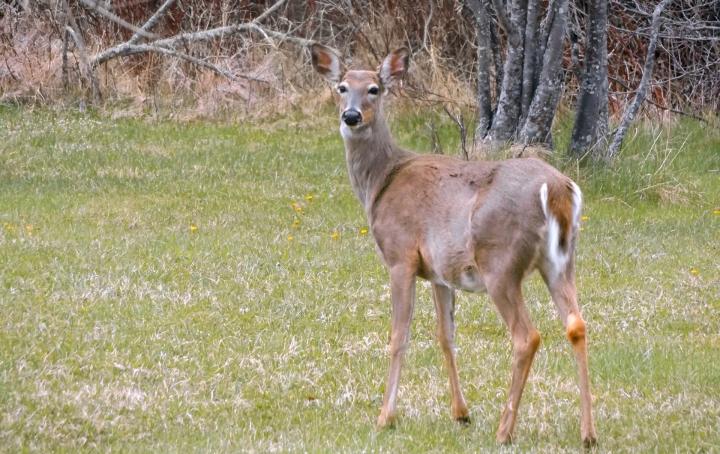 White-tailed deer (Odocoileus virginianus) provide abundant recreation opportunities for hunters and wildlife watchers. Unfortunately, they can also cost us millions of dollars every year. How? Imagine you are driving down a poorly lit road at night when all of the sudden a deer appears on the road in front of you. Despite your honking and screeching breaks, the animal remains frozen in its tracks, exhibiting to perfection 'a deer in headlights'. Deer vehicle collisions are incredibly dangerous and often costly. So listen up motorists, now is the time when deer are on the move and extra caution is advised when out on the roadways. 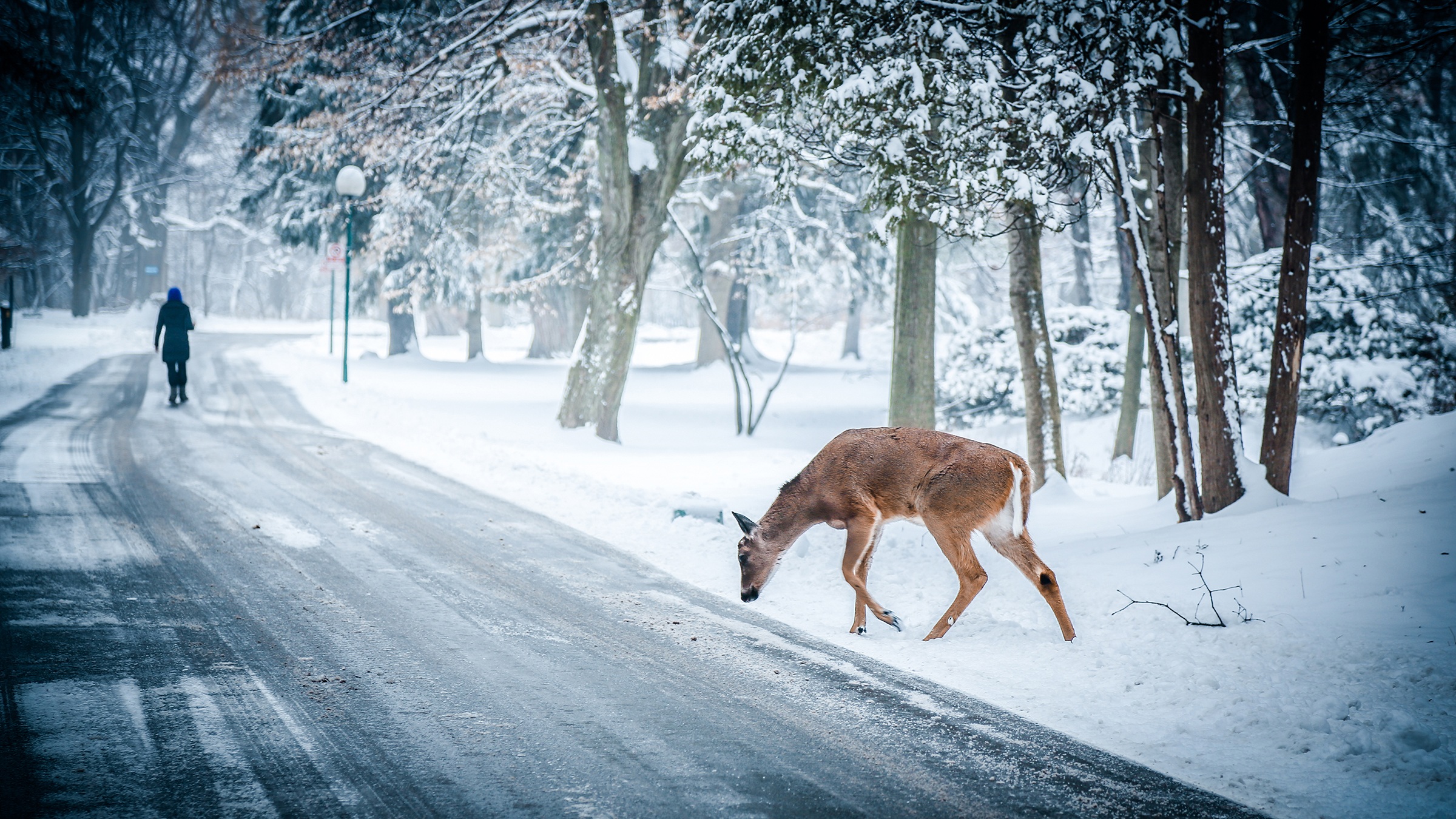 So what is happening during October and especially November that increases the chances of Ohio motorists colliding with deer? Some people may think that hunting causes an increase in deer movement, particularly across roads and highways (Ohio’s deer hunting season runs from Sept. 24 – Jan. 10), but this isn’t always the case.   For example, movements of antlered deer in Pennsylvania wearing GPS radio collars were tracked during the weeks before, during, and after muzzleloader and firearms seasons and there were no changes in activity patterns due to the hunting season. Deer movement due to hunting depends on the amount of hunting pressure, and while intense pressure can cause an increase in deer activity, typically deer stay within their normal home ranges.  The truth is, deer are on the move at this time of year for multiple reasons, both natural and human related. 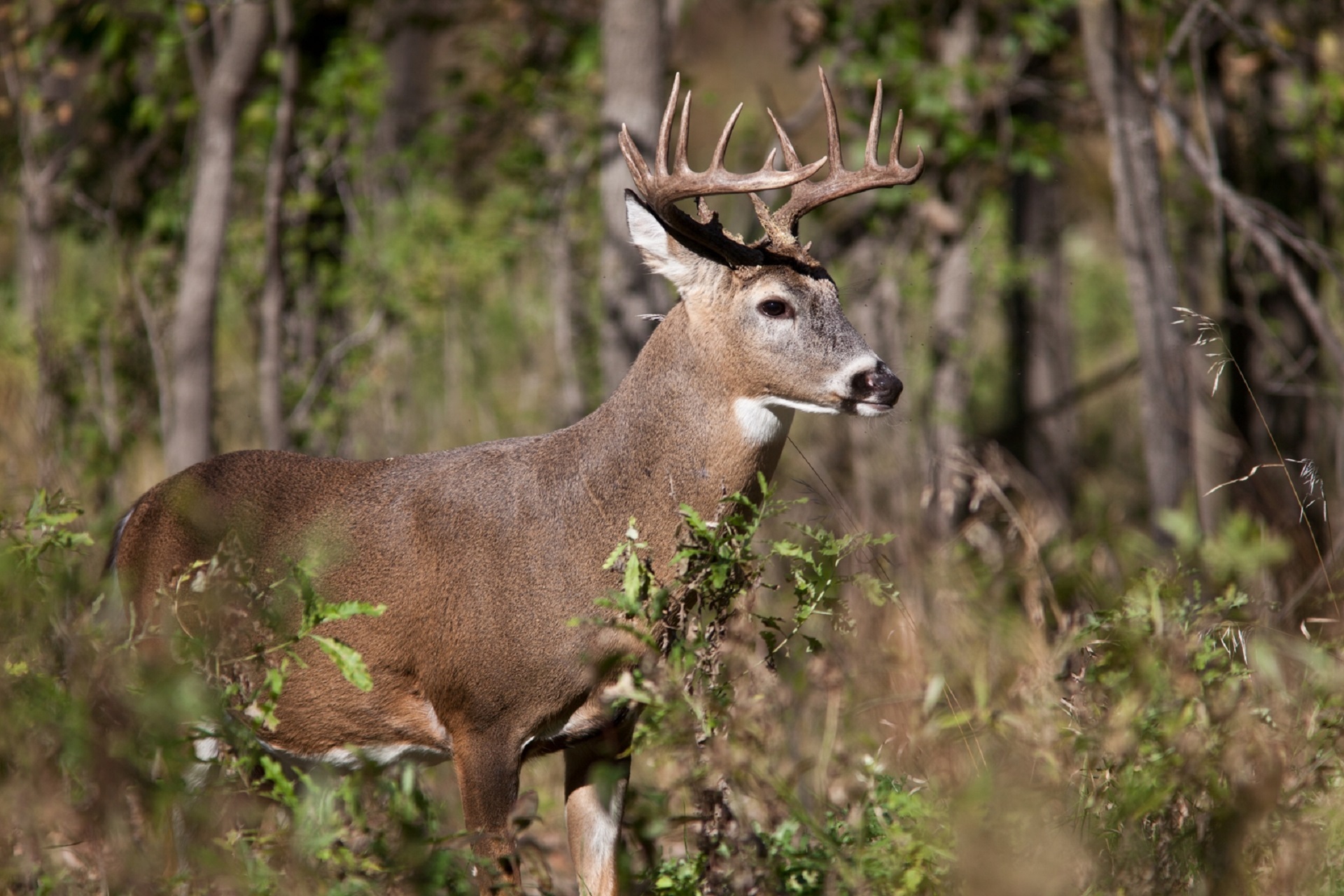 Yet another factor that can contribute to increased deer movements, is food availability. This time of year deer need to increase their food consumption in preparation for winter. Depending on the available food resources in their home range (such as acorns and other hard mast), deer may have to travel further to find enough food, which can lead to additional travel across roadways to reach alternate resources. The Ohio Department of Natural Resources, Division of Wildlife reported a small increase in white and red oak acorn production this year, however production is still below average. It's important to realize that acorn production, as well as other hard mast such as hickory nuts and walnuts, is cyclical. Some years will produce higher crops than others.

Daylight savings time also plays a role in motorists encountering deer on the roadways.  As Ohioans “fall back” (on November 6th this year), the shorter days and longer nights force commuters onto the roads at dawn and dusk - the same times deer are most active.   Also, motorists shouldn't make the mistake in thinking that deer will only be encountered crossing roads in rural parts of the state.  In fact, urban and suburban areas are also prime sites for deer vehicle collisions.

To summarize, October through November is the prime time for deer vehicle collisions.  Deer are sighted frequently during this time for a variety of reasons; breeding season, hunter avoidance, increasing deer populations, and lessening of daylight hours.  What can drivers around Ohio do to remain safe and decrease their chances of an accident?

Be safe on the roads this fall season! For more information about this past season’s deer harvest, projections on this year’s hunting season, and results from the 2015 hunter survey, check out the ODNR, Division of Wildlife's Ohio Deer Summary.