Bristly Roseslugs Continue to Cause Damage 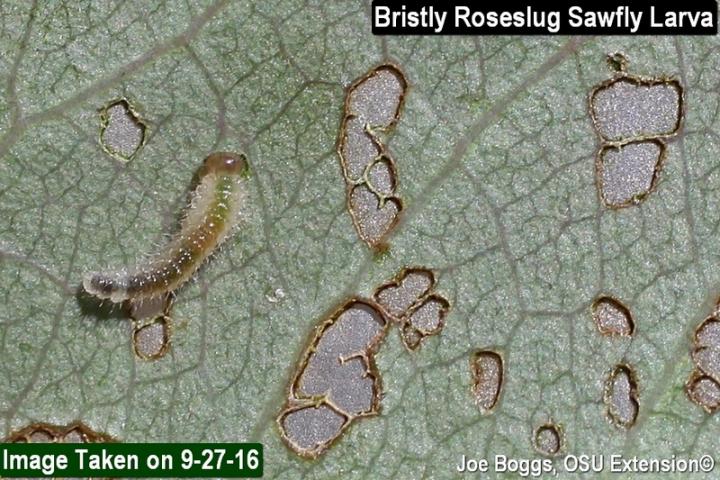 At one time, roseslug sawflies (order Hymenoptera, family Tenthredinidae) were not considered serious pests of roses.  The Common Roseslug sawfly (Endelomyia aethiops) was the type of roseslug sawfly most often encountered on roses in Ohio followed occasionally by the Curled Roseslug (Allantus cinctus).

Owing to their limited number of generations per season, these sawflies caused only fleeting damage in the spring.  The common roseslug has only one generation and the curled roseslug two generations.  Even with high populations, roses recovered without the need to spray.

However, these native sawflies have been largely supplanted in Ohio by the non-native Bristly Roseslug Sawfly (Cladius difformis) which has multiple generations per season.  We first reported that this sawfly was causing notable damage to roses in early June (see BYGL Alert! Sawfly Slugged Rose Leaves, June 3, 2016) and their damage continues. I took images of larvae feeding on roses yesterday in a park in Cincinnati. 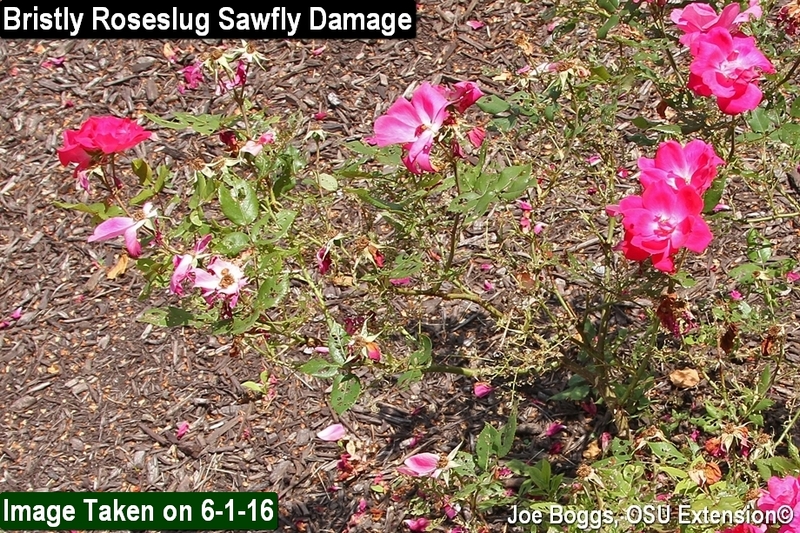 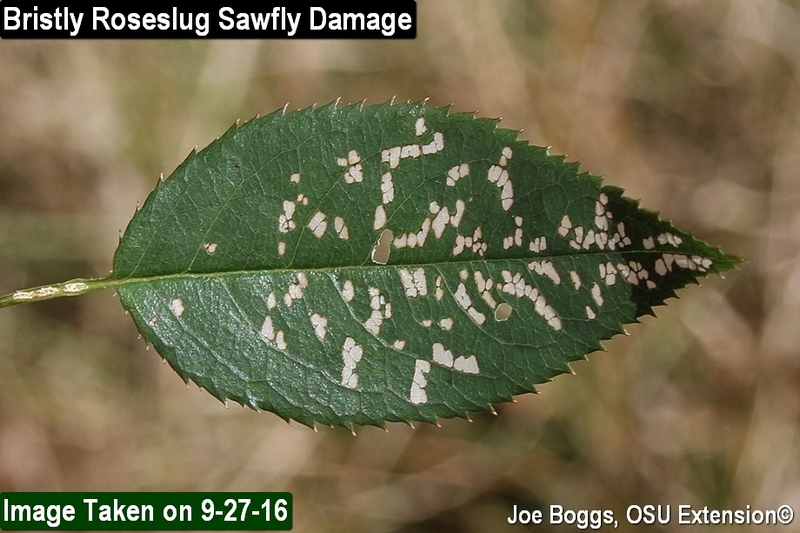 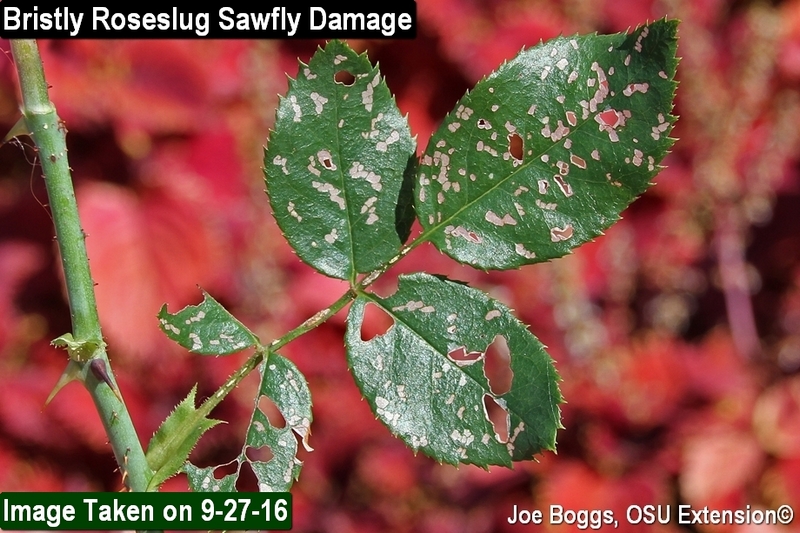 You must look closely to spot the semi-transparent sawfly larvae on the underside of leaves. Despite their common name, the larvae of roseslug sawflies resemble tiny caterpillars and look nothing like the glistening, elongated pear-shaped "slug sawflies" which do resemble tiny slugs. 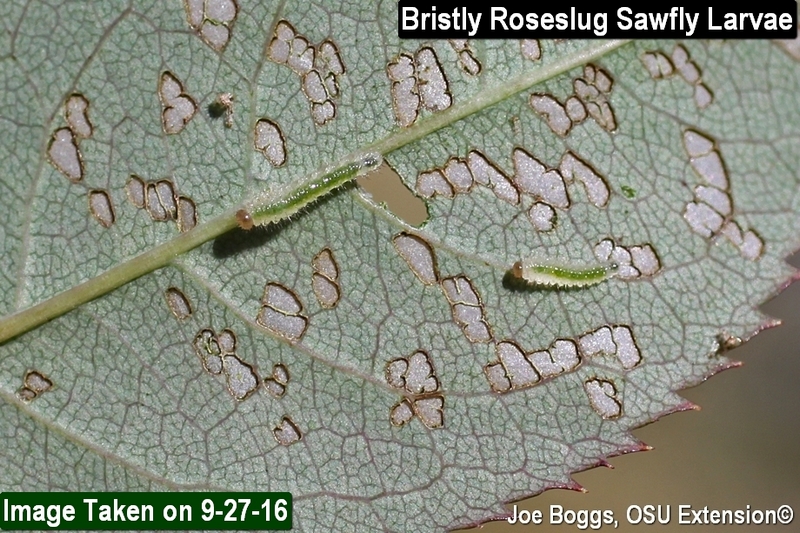 Bristly roseslugs overwinter as larvae in the soil which means the window for control will soon close.  It's probably too late for soil drench applications of systemic insecticides to be effective.  However, the current crop of larvae can be killed with topical applications of contact insecticides targeting the underside of leaves.  This may be helpful in reducing populations for next season.

Biorationals such insecticidal soaps are effective, but direct contact is necessary.  Products containing spinosad (e.g. Conserve, Entrust) as the active ingredient are effective against sawfly larva and will also have less impact on bio-control agents.  Chlorantraniliprole (e.g. Acelepryn) presents a low risk to pollinators.  Although roseslug larvae look like caterpillars, products based on strains of the bacterium Bacillus thuringiensis (Bt) specific to controlling moth caterpillars (order Lepidoptera) will have no effect on these primitive hymenopteran larvae.