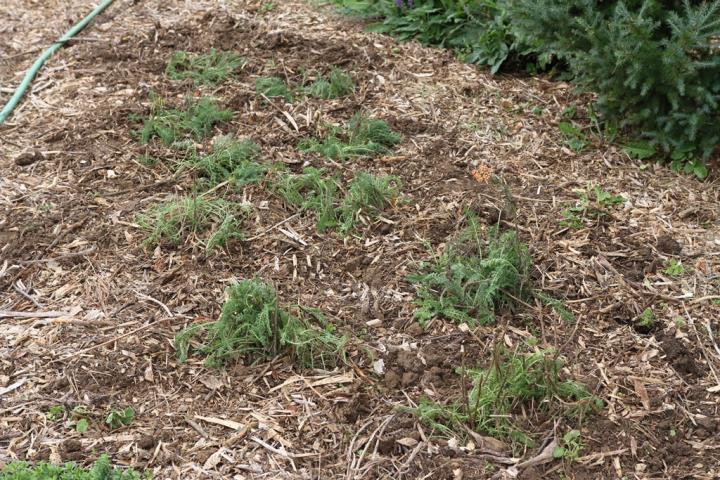 The recommended time for planting or transplanting perennials is late August or early September.  This gives adequate time for roots to establish before winter comes.  However, like most gardeners, I don't usually think about it in late August and besides, this year was too hot to take on this task anyways.

I finally got around to it this past weekend and the weather was glorious to work outside.  I needed to transplant a few perennials as well as plant some that I bought at a plant sale in the spring.  Yes, I am a little behind but I really didn't want to plant them during the summer because it was so dry and I would have to keep up with watering more often than now.  This issue at play with planting/transplanting this late is that the roots won't have enough time to develop and take hold in the soil.  Therefore, if you find perennials on sale and can't resist or if you want to do a little rearranging of your current perennials, go ahead and do it now.  Just keep in mind that you should mulch the plants (approximately 8-10" of mulch) before going into winter (sometime in late November) and keep watering if we don't get enough rain this fall.

The mulch will help to prevent freezing and thawing of the soil and consequential exposure to the root system.  In the spring, as new growth resumes, remove the mulch away from the crown of the plant and hopefully your plants survived!

Of course the recommendation to transplant spring-blooming perennials in the fall and fall-blooming in the spring still stands.  However, if you really need to get it done now, you won't hurt the plants as long as you take care of the root system.  You may not get as many blooms if you do the opposite but at least you get the job done and they will eventually recover and provide great color.