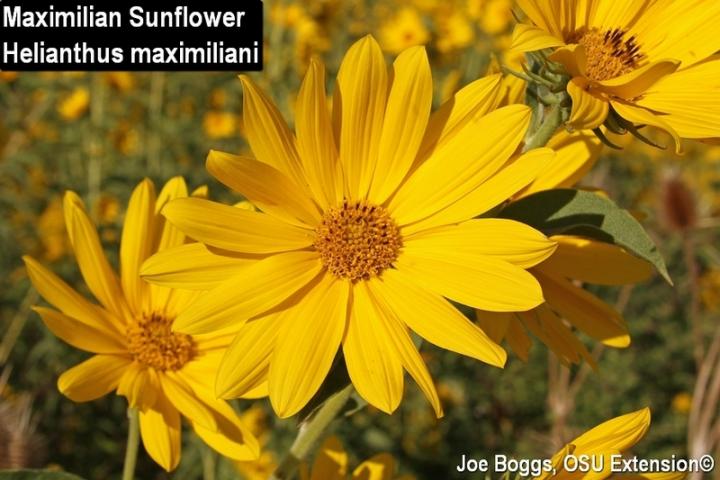 This native member of the Aster family (Asteraceae) has become one of my top favorite plants for naturalized areas.  Of course, there are no perfect plants; Maximilian Sunflowers mix a multitude of virtues with a few imperfections. 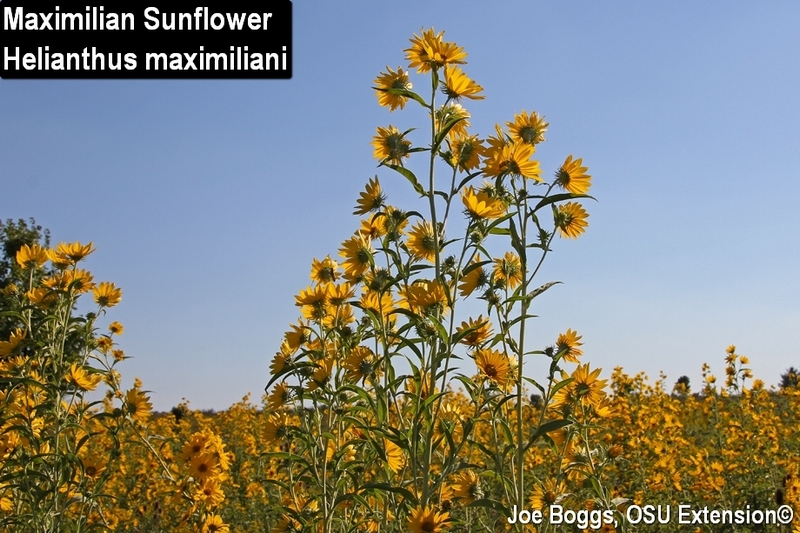 The species shows its background of evolving in the tall grass prairies of the Great Plains by springing from underground rhizomes to rise above surrounding competing plants often growing to heights of 6 - 10'.  It can handle a wide range of environmental challenges including droughts and clay soils.  Plants can be successfully established from seed over a wide area and flowers appear late in the season after the flowers produced by many other perennials used in prairie plantings have faded away. 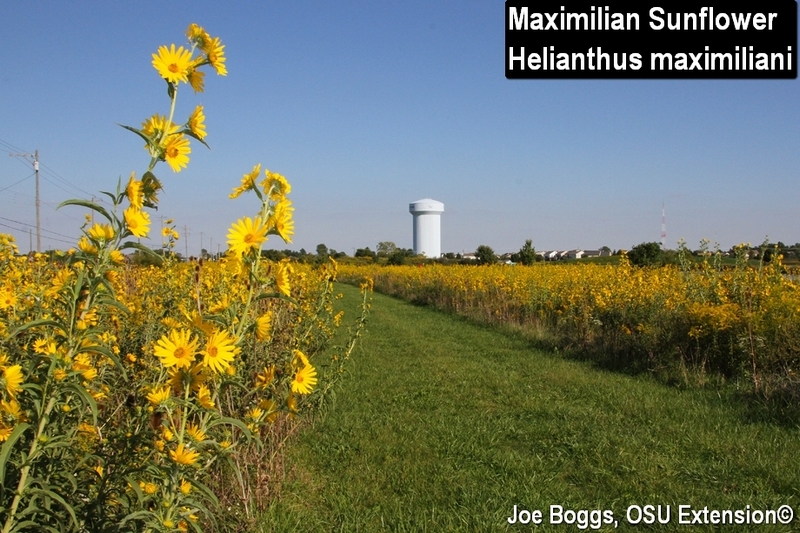 Indeed, massive numbers of magnificent Maximilian Sunflowers are now in their full blooming glory in the Voice of America (VOA) MetroPark just off I-75 north of Cincinnati.  Acres of the sunflowers were established from seed sown by Butler County MetroParks in 2013.  An assortment of prairie plant species was included in the seed mix and the overall results have been pretty spectacular.  There is a succession of blooms over the season with the Maximilians supplying a late-summer to early-fall crescendo.  The 2 - 3" wide bright yellow to golden-yellow flowers are highly attractive to insect pollinators; they are a magnet for monarch butterflies and bees of all kinds.  The seed provides forage for wildlife including many migratory birds. 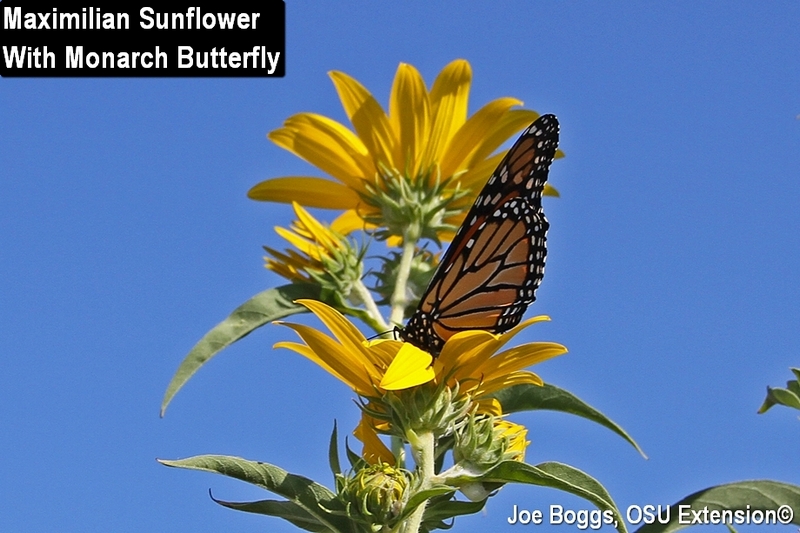 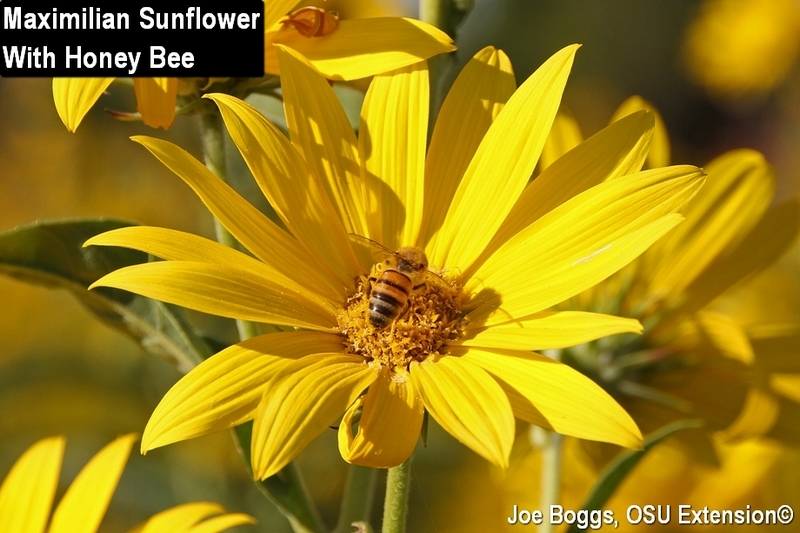 However, there are a few downsides to Maximilian Sunflowers.  First, while their competitive spirit supports successful establishment, their growth habits may squeeze out other prairie plants.  Second, the tall flower stems can become "leggy" and topple over.  Mass plantings provide mutual support, but small numbers of plants would benefit from structural support such as staking particularly if the sunflowers are used in border plantings.

On a side note, both the common name and specific epithet for the species are named in honor of the German naturalist and New World botanical explorer Prince Maximilian of Wied-Neuwied.  There is no association with the Austrian Ferdinand Maximilian Joseph who went out with a blast after his short reign as Maximilian I, Emperor of Mexico.