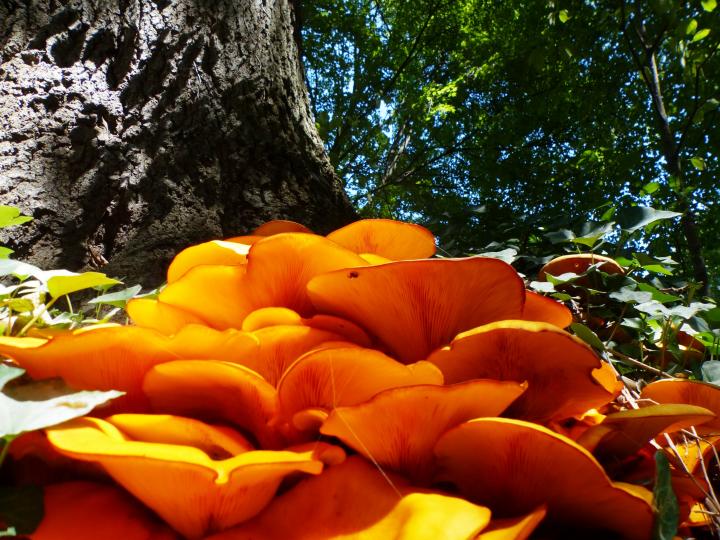 I was driving home the other day, and on a bank, under an oak tree, there were some electrifyingly-orange mushrooms cascading down a small slope. BYGL-alert screamed out at me, so let’s take a look. Delightful as they looked to the eye, these would seem to be jack-o’-lantern mushrooms, probably Omphalotus olearius. This mushroom may cause serious gastric distress to those who partake. It is a reminder that you really need to get a positive identification before taking a chance on nature gone wild. 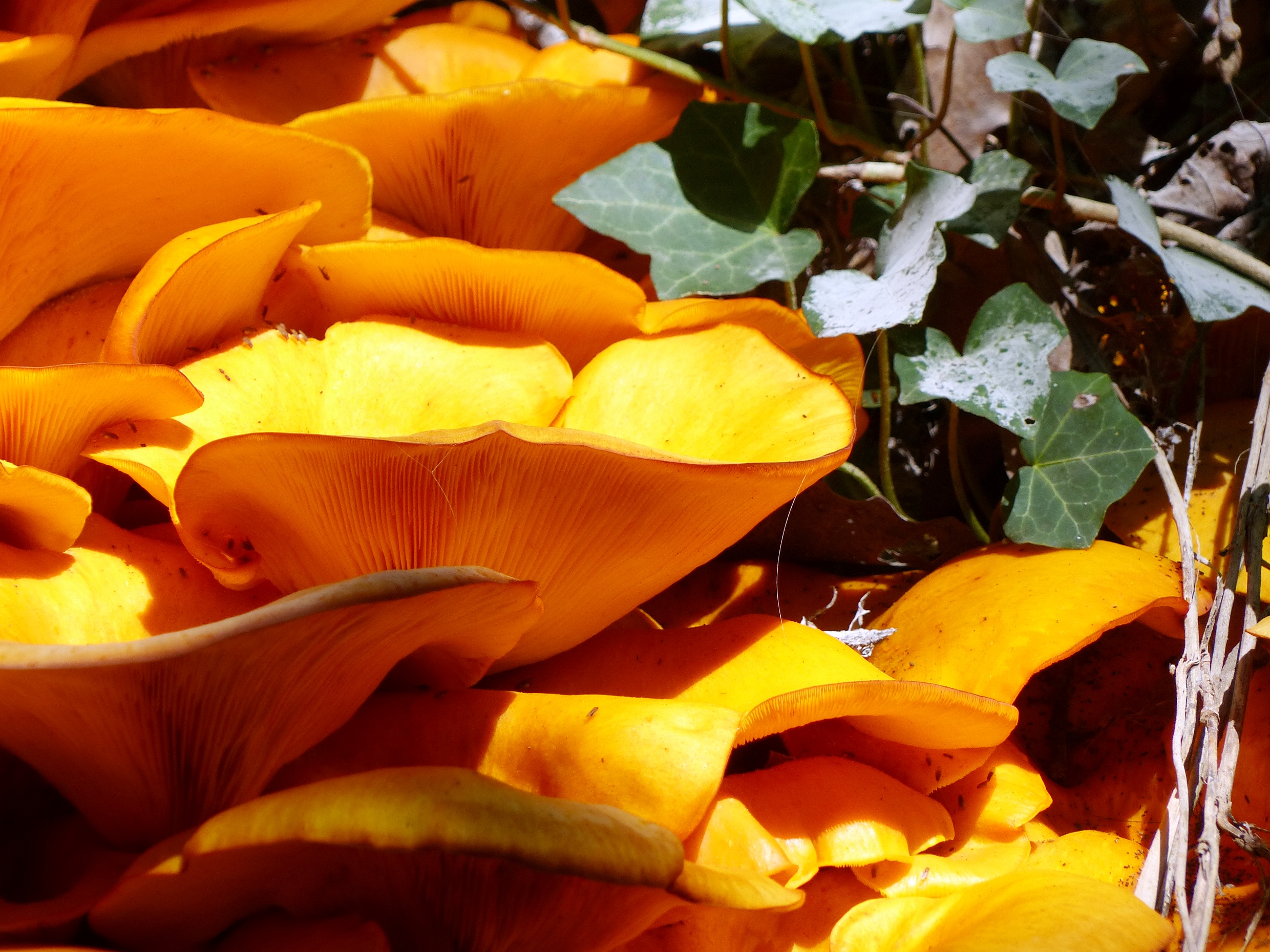 It reminded me of another September weekend when I got a call from someone eagerly about to have a feast on an orange mushroom they had found, hoping their find was – golden chanterelles, Cantharellus cibarius a delightfully tasty mushroom for gourmet restaurant dinners and woodland bounty feasts.

Except, it was in fact Omphalotus, and thus anything but delightful or edible. What were a few tell-tales in this case of the Mistaken Mushroom?  Golden chanterelles are more yellow than the bright orange mushrooms that are the jack-o’-lanterns. Secondly, and more fundamentally, jack o’lantern and another look-alike, false chanterelles (Hygroporopsis aurantiaca) have true blade-like gills that can be detached from the cap. Chanterelles have false gills, forked wrinkles that descend the stem of the mushroom and which do not detach without tearing from the cap. Chanterelles also occur singly or in small clusters with single stems rather than in large groups with stems attached to each other for jack-o’-lanterns.

Tricky, but something you can eventually learn. Foray with fungal aficionados and check out the many good published mushroom guides, such as the Audubon guide and many of the materials on the fungal web. Take your time. And if you want to learn still more about mushrooms and other fleshy woodland fungi join the Ohio Mushroom Society (ohiomushroom.org). Relax. OMS. OMS. OMS. But remember the mantra: There are old mushroom hunters/and bold mushroom hunters/but no old, bold mushroom hunters.