Big Wheel Bugs are Rolling Along 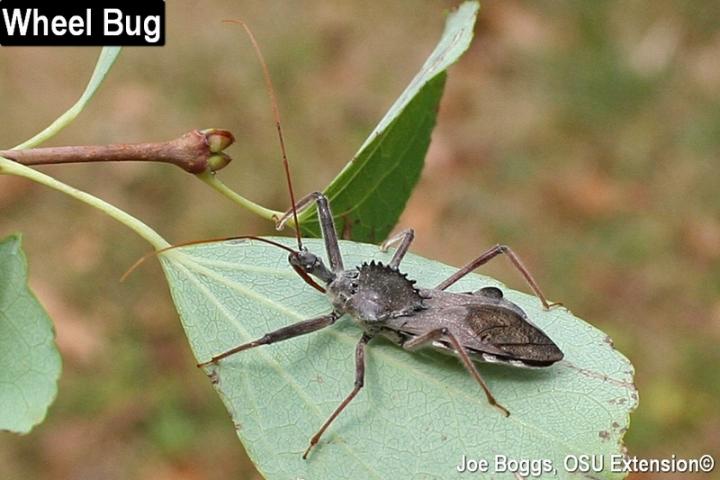 Wheel bugs (Arilus cristatus) have completed their development and adults of these large, unusual looking bugs are now lurking among the leaves of trees and shrubs in Ohio in search of prey.  Although caterpillars and sawfly larvae are favored table fare of this impressively large predator, they will not turn their beaks up at other arthropod meat morsels. 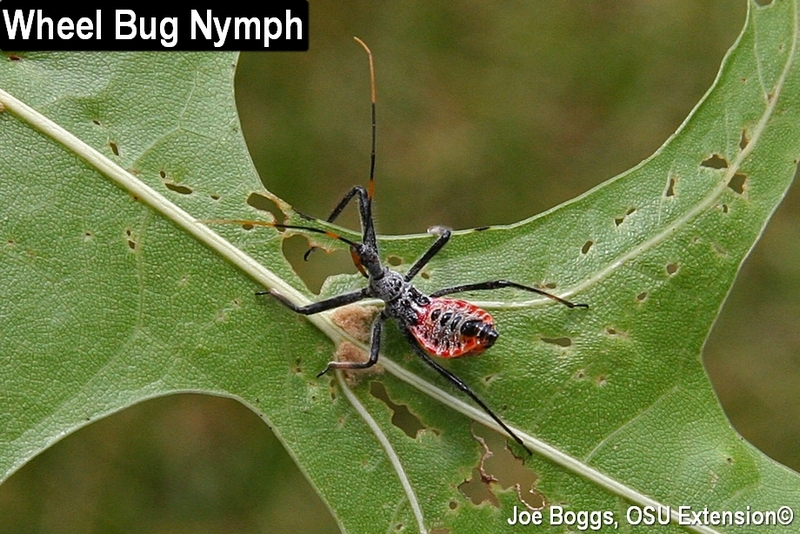 These bugs belong to the Hemipteran family Reduviidae which is represented in North America by over 160 different species.  Members of this family are collectively known as "Assassin Bugs;" a name that clearly describes how these stealthy hunters make a living.  Wheel bugs get their descriptive common name from a peculiar morphological feature that rises from the top of the bug's thorax.  The structure looks like half of a cog-wheel, with the gear teeth clearly visible.  Wheel bugs are big, measuring over 1 1/4" long, and their color varies from light gray to bluish-gray to grayish-brown. 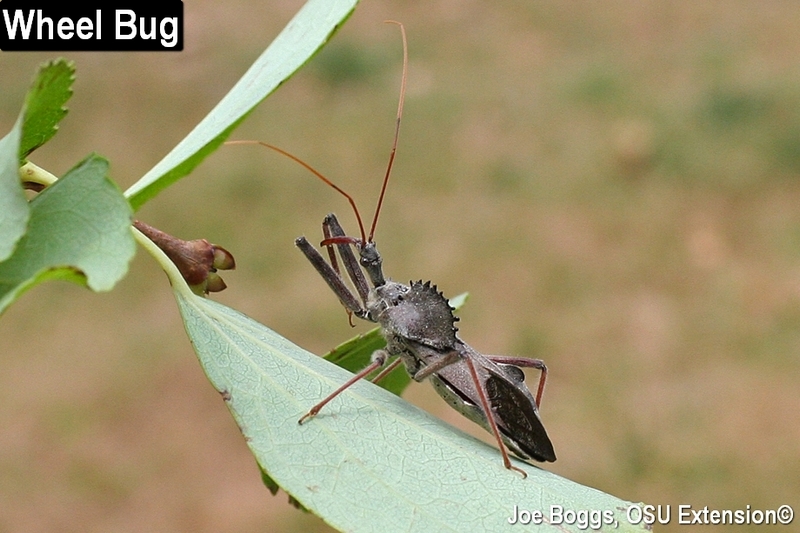 As with all predatory bugs, wheel bugs are equipped with piercing-sucking mouthparts that are used to inject paralyzing and pre-digestive enzymes into their prey.  They then suck the essence-of-insect from their hapless victims.  While these are beneficial insects, they should not be handled.  All members of the family are capable of delivering a painful bite to people.  The pain of a wheel bug bite has been described by those who have suffered the wheel of misfortune as being equal to or more powerful than a hornet sting, and the wound may take over a week to heal. 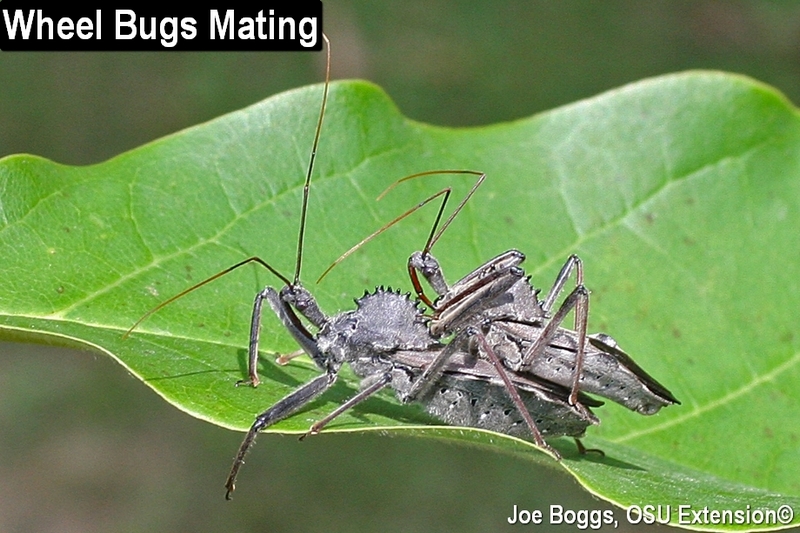 On a final note, in a case of mistaken identity, wheel bugs played a major role last October and November in touching off kissing bug (Triatoma spp.) hysteria that swept through Ohio and several other Mid-Western States as well as some Mid-Atlantic States.  The panic was stoked by an uninformed news media fueling fears that kissing bugs were spreading north and bringing their associated protozoan Trypanosoma cruzi that causes the potentially deadly Chagas disease.  Indeed, kissing bugs do suck blood from animals including people, and some may infect their victims with the Chagas disease protozoan.  However, infectious kissing bugs are not suddenly spreading north. 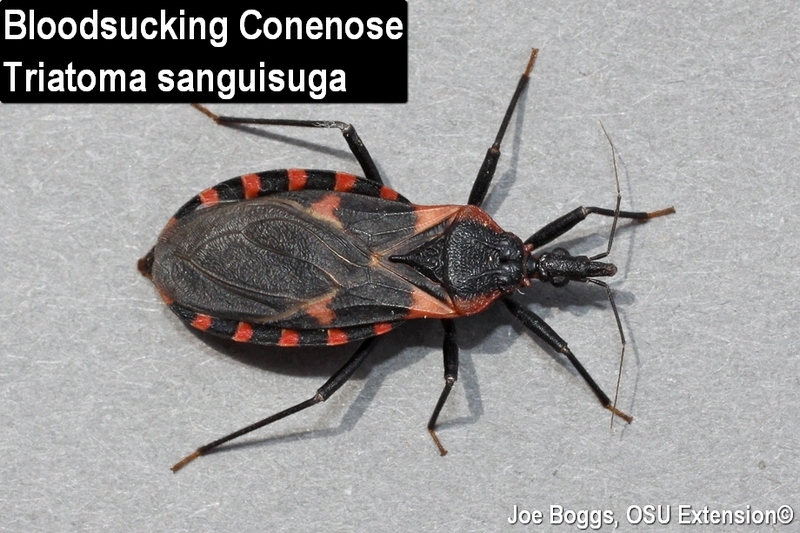 Entomologists at Virginia Tech viewed all of the purported kissing bug images sent to a local news media outlet during the panic.  In every case, the true bug was the wheel bug.  Wheel bugs and triatomine bugs are about the same size and both belong to the Reduviidae family so they share some family traits.  However, kissing bugs lack the wheel bug's distinctive half-cog-like structure.  It's speculated that the panic was sparked by web-based misidentifications that were then posted on social media to be re-posted by others setting off a spiraling cycle that eventually caught the attention of some news media outlets that failed to "fact-check" before reporting.