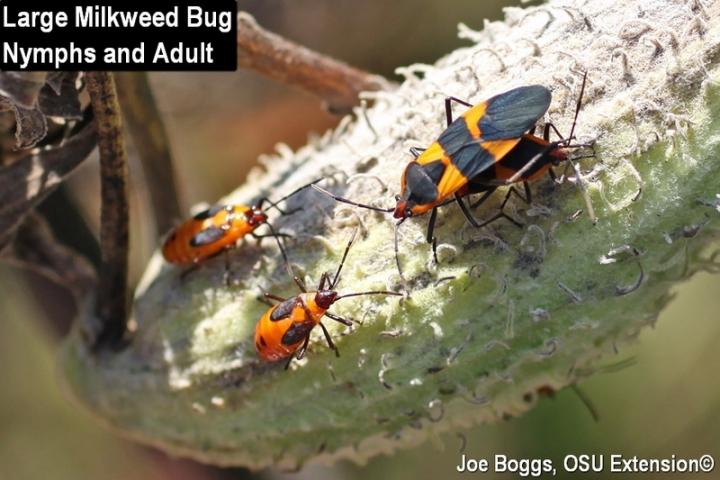 As common milkweed (Asclepias syriaca) produces its signature spiny, oblong seed pods, milkweed bugs may show-up en mass to take advantage of the seed bounty.  There are two species of bugs that feed on milkweed seed:  the large milkweed bug (Oncopeltus fasciatus) and the small milkweed bug (Lygaeus kalmii).  These bugs will also feed on many other members of the Apocynaceae (dogbane) family including butterfly weed (A. tuberosa), climbing milkweed (Cynanchum laeve), and the non-native tropical milkweed (A. curassavica). 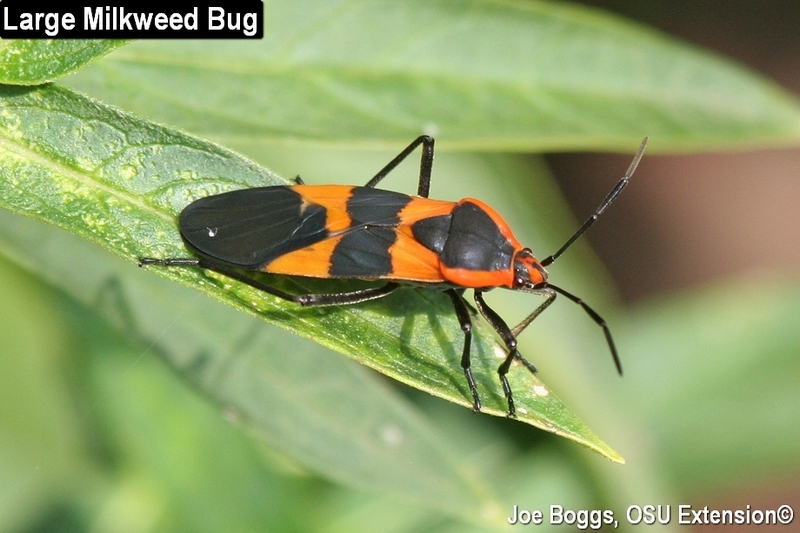 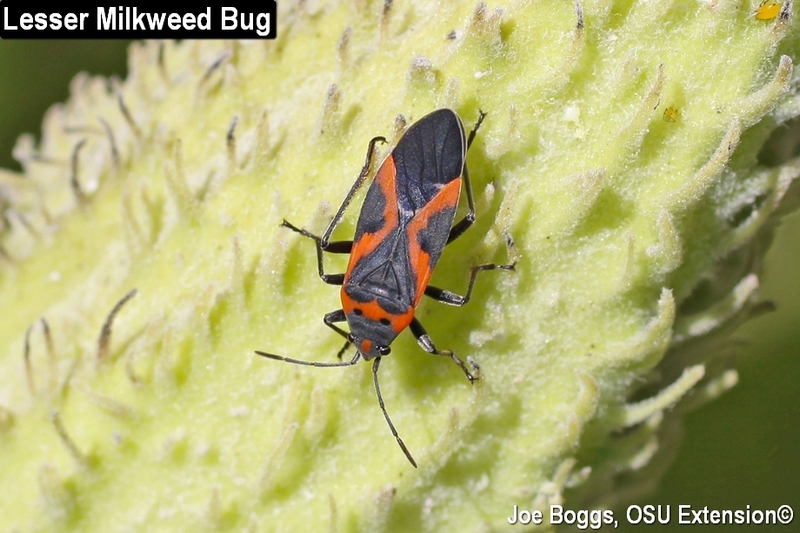 Like other milkweed-herbivorous insects such as monarchs (Danaus plexippus), the bugs seek protection from predators by accumulating in their flesh the alkaloid toxins, called cardiac glycosides (cardenolides), which are concentrated in the milkweed's sap.  It's an interesting twist on the aphorism "you are what you eat."  Research has shown that predators that dine on insects protected by cardenolide glycosides suffer a range of malevolent maladies including death.  Nature teaches tough lessons. 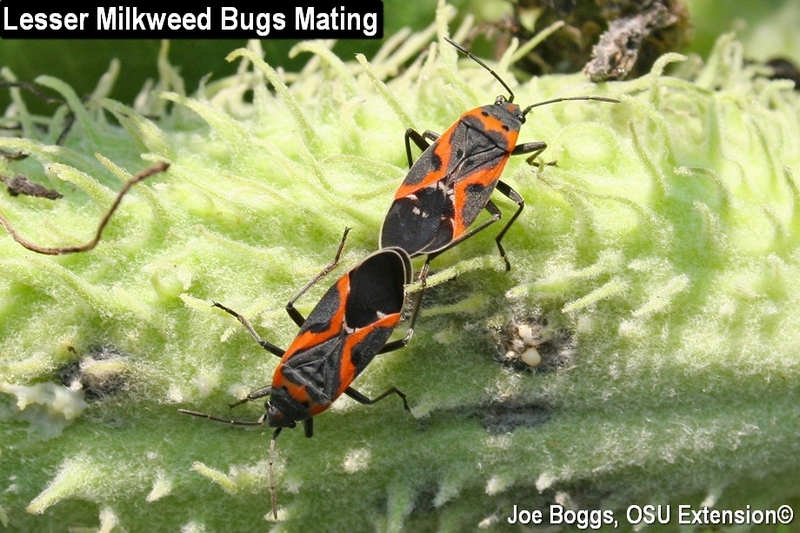 The bug's garish black and reddish-orange coloration advertises their noxious nature.  Using warning colors to ward off predators is called "aposomatic coloration."  You may notice that almost all milkweed herbivores share a similar red or orange on black color motif.  Two or more species sharing the same warning colorations is known as "Mullerian mimicry," named after the German naturalist Fritz Muller.  The shared warning colors are usually aimed at shared predators. 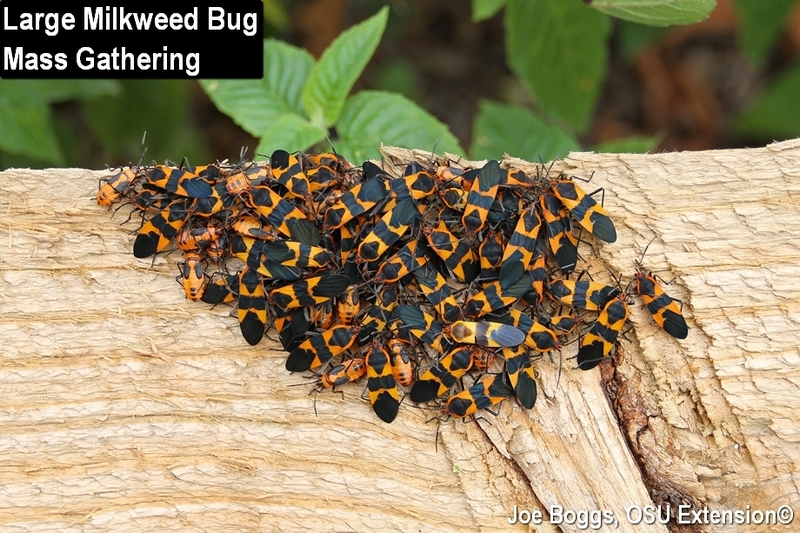 Adults and nymphs of the large milkweed bug generally confine their feeding to milkweeds. However, the small milkweed bug has a more cosmopolitan palate.  While nymphs focus their feeding on milkweeds, presumably to acquire defense chemicals, the adults may be found sucking juices from a wide range of plants and are known to even feed on dead insects.  Another important difference between these bugs is that large milkweed bugs migrate south towards the end of the season.  They reverse course in the spring.  The small milkweed bug overwinters in place; they do not migrate.

I've received several recent e-mails from monarch enthusiasts blaming these bugs for poor establishment of common milkweed in their gardens.  Although small milkweed bugs may occasionally imbibe juices from plant stems, they primarily feed on the milkweed seeds or seed pods, just like large milkweed bugs.  So, they cause little to no harm to the health of milkweed plants.  Poor plant establishment is a reminder that although called milkWEED, plants still have certain horticultural requirements that must be met for them to become established and thrive.