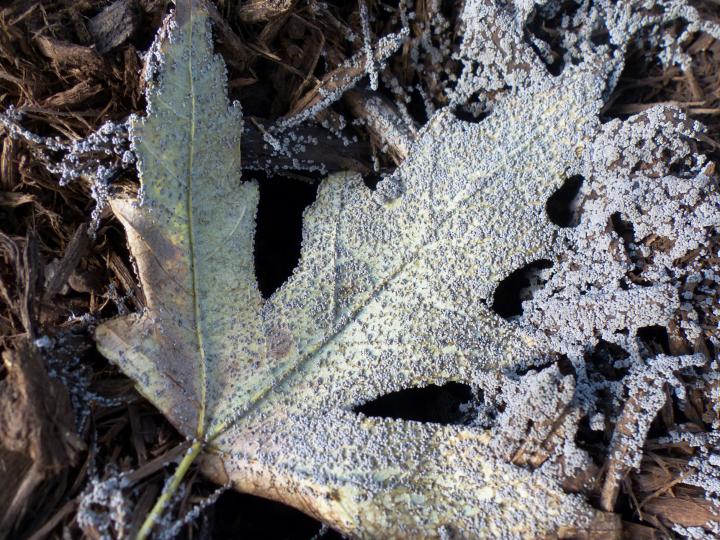 While walking about the other day I came upon a scene of serial sliming. A slime mold, probably a species of Mucilaga, was colonizing mulch under a maple tree. It was also colonizing a fallen maple leaf. It was also colonizing turfgrass plants next to the mulched area. This cohort of the colonized should tell us something: this slime mold is not very particular. It is not a parasite of this maple leaf or the turfgrass, but is just feeding on microbes in the decayed organic matter.  So no harm, no foul, relative to the need for controls. Just rake it or wash it off if it offends. 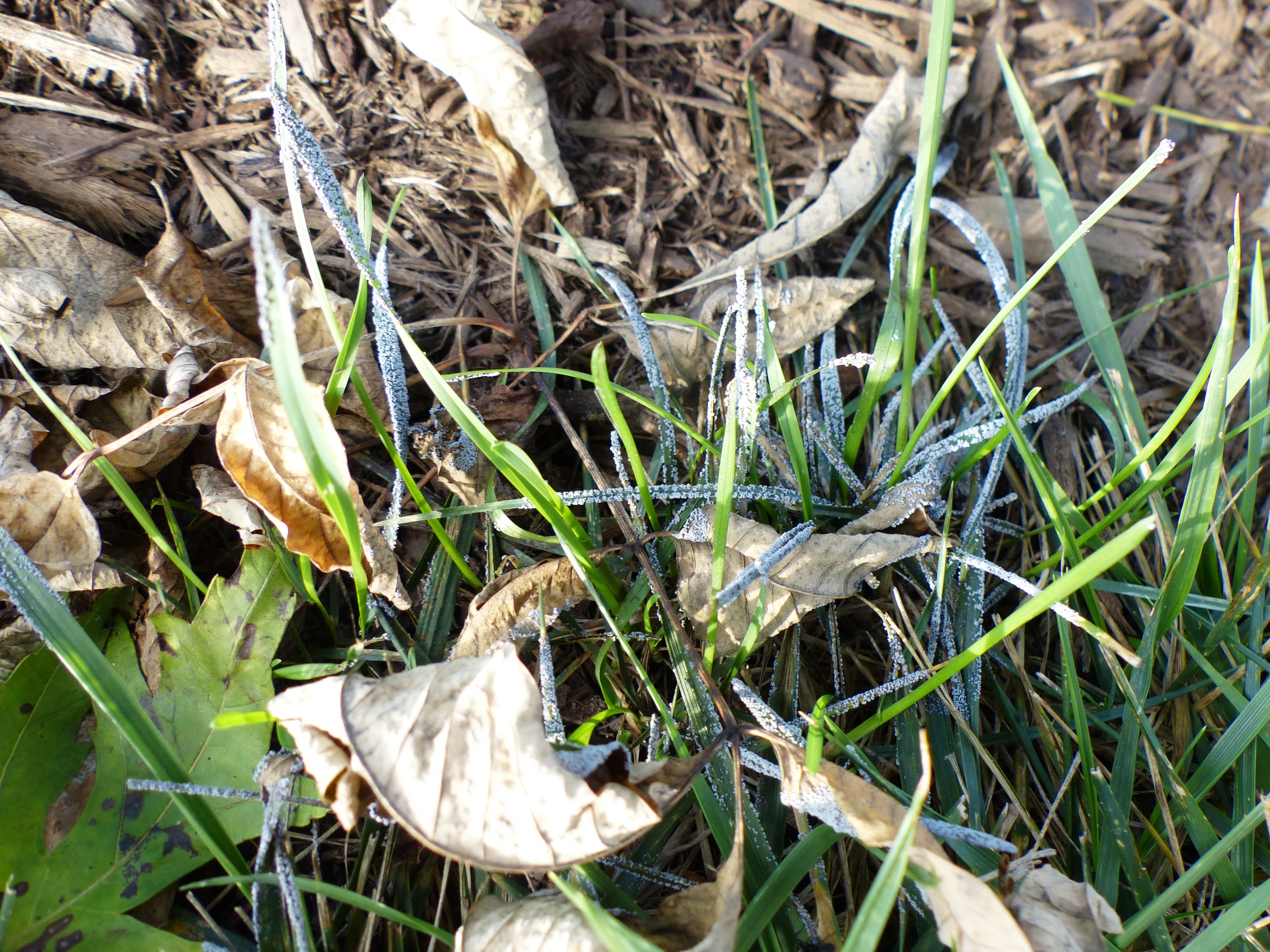 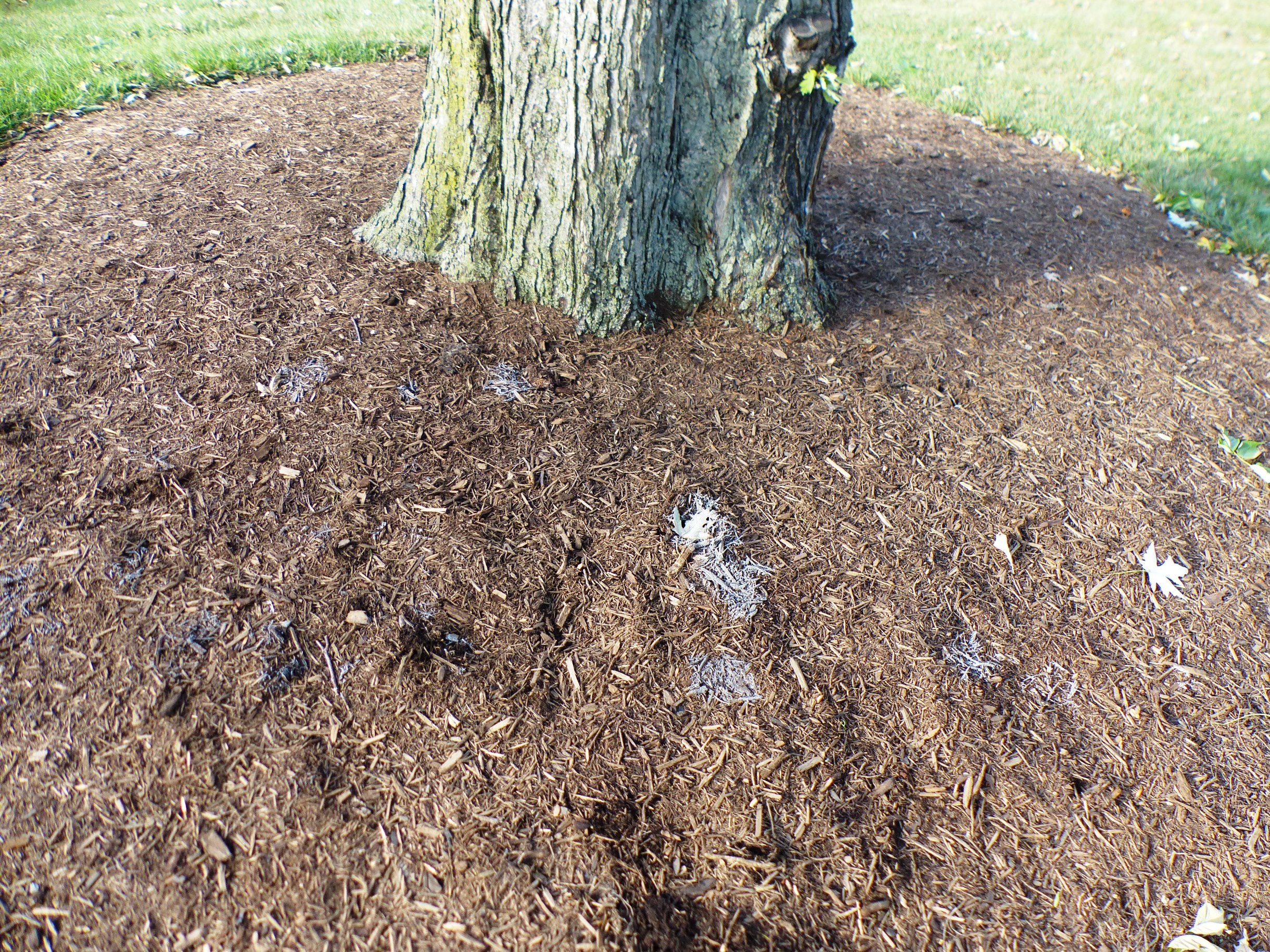 Probably the most infamous slime mold for horticulturists is the “dog vomit fungus” (Fuligo septica) which in fact has no relation to dogs, is not truly vomit of any organism, and is not a fungus, though slime molds were once classified in the Kingdom Fungi. Slime molds are a disparate group of hundreds of species of single-celled organisms, loosely classified as protists, but often not very related to each other. 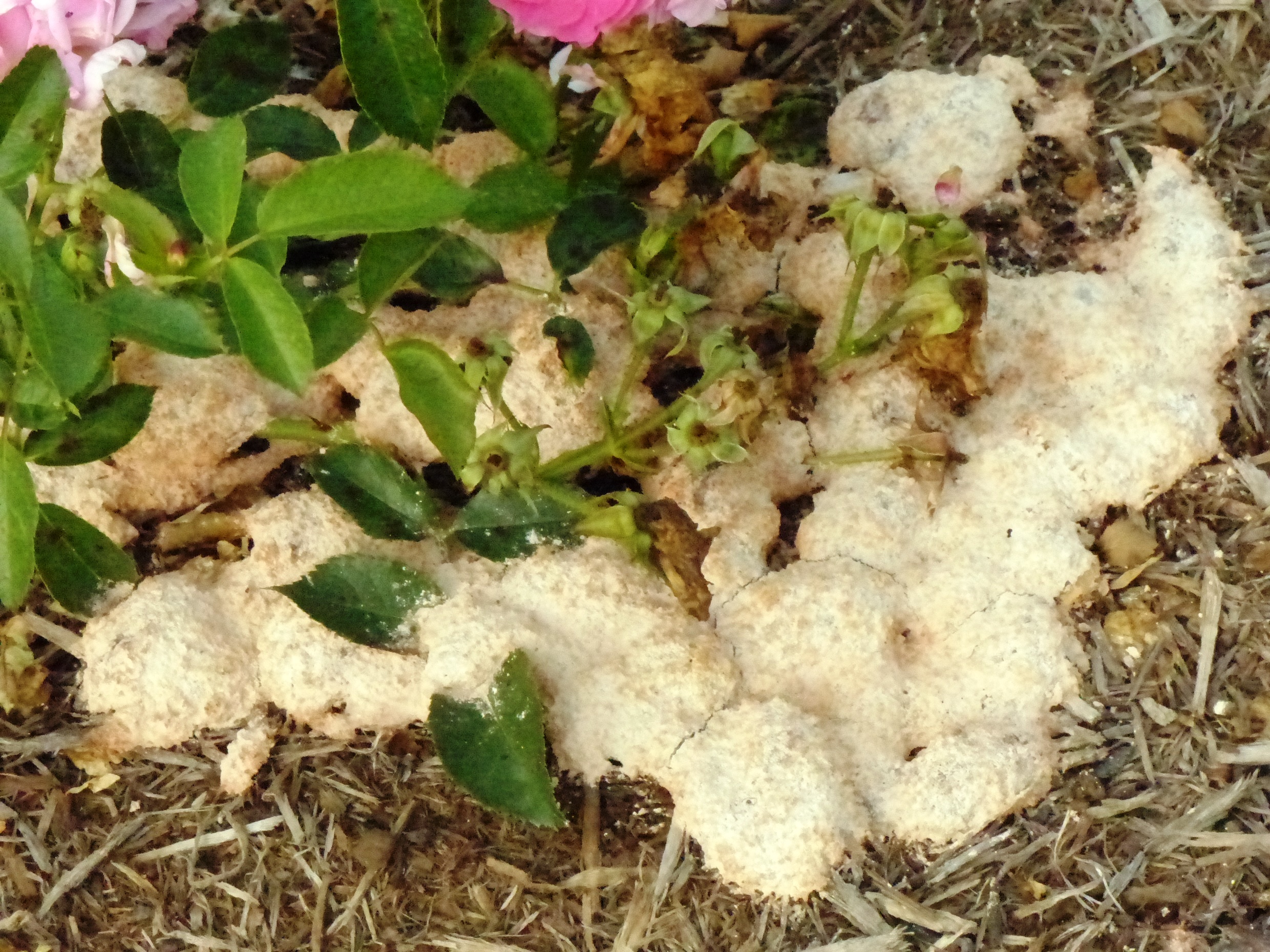 Some slime mold species aggregate into reproductive bodies of many single cells and in these cases we notice them. A common woodland example of a slime mold is the wolf’s milk slime mold, Lycogala epidendrum, also known as the bubble-gum fungus, photographed here by Curtis Young, which we would almost always find on forays when I taught Fleshy Woodland Fungi at OSU in Autumn Quarter. 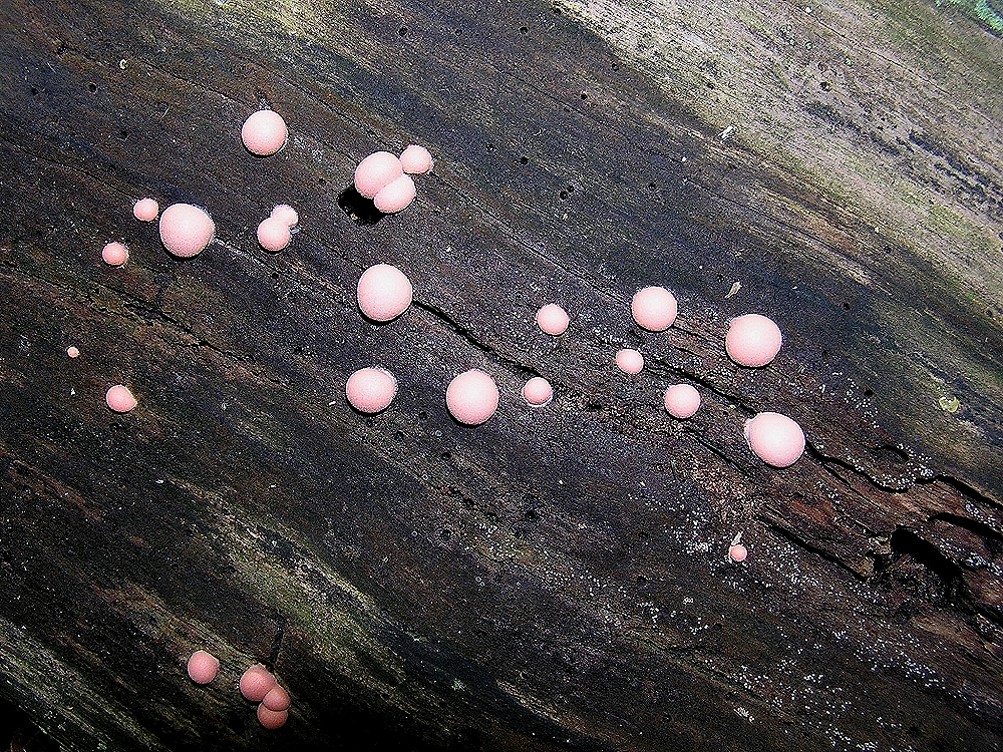