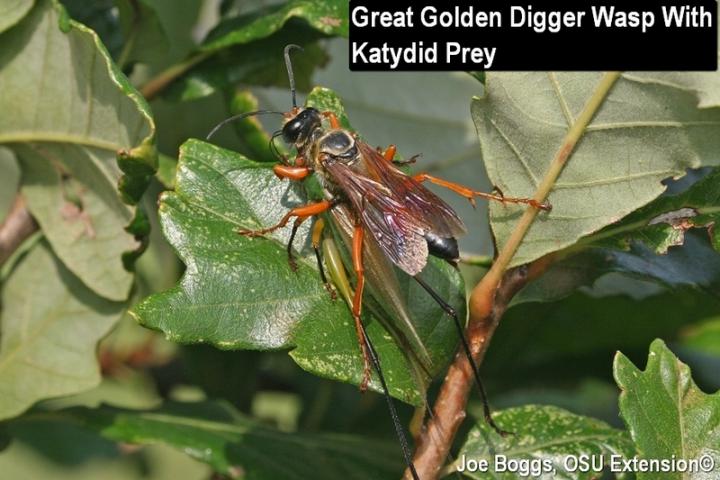 Golden Digger Wasps may measure over 1" in length.  These robust wasps are most often found sipping nectar from flowers; adults occupy the lofty position of plant pollinator.  The adults are also effective hunters as recognized by the specific epithet for the species:  ichneumoneus is based on the Greek verb ichneuo meaning "to trace" or "to track."  The wasps focus their tracking attention on orthopteran prey including crickets, katydids, and grasshoppers.

Prior to hunting, female Golden Digger Wasps dig burrows by tunneling vertically into the soil, usually to a depth of 4 - 6", and then they excavate lateral brood chambers.  The females prefer to dig in bare, well-drained soil.   Once a female locates her prey, she uses her stinger to deliver a paralyzing shot of venom.  She then airlifts her prize back to her burrow, drags it into a brood chamber, and lays a single egg on surface of her brood-bounty.  The resulting wasp larva consumes the still living orthopteran. 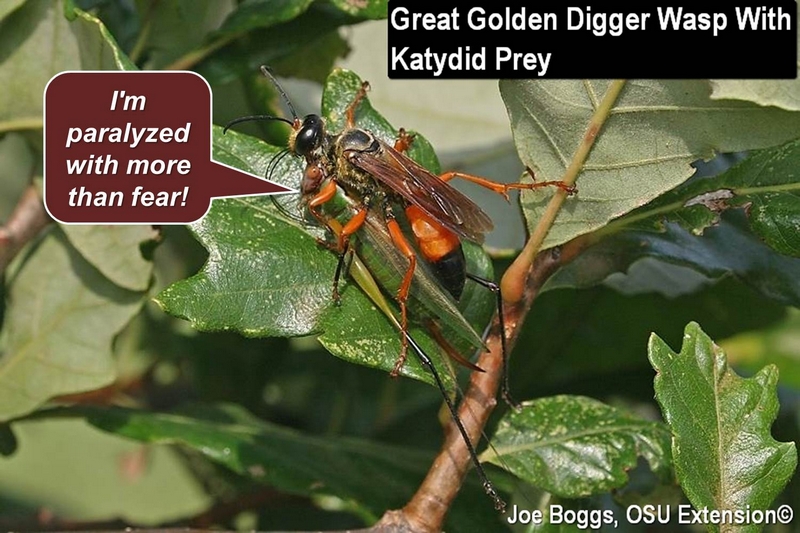