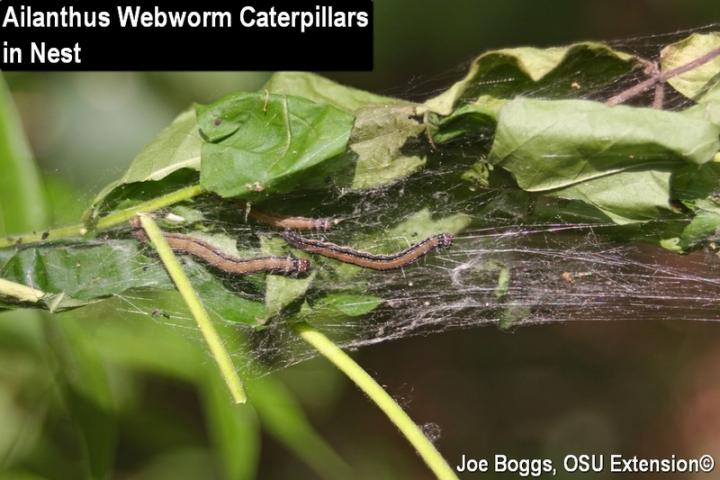 Ailanthus Webworms (Atteva aurea) feed exclusively on the non-native, highly invasive, misleadingly named Tree of Heaven (Ailanthus altissima).  They are the larval (caterpillar) stage of a beautiful ermine moth (Family Yponomeutidae).  In my opinion, this is one of the most beautiful moths found in Ohio.  Multiple overlapping generations occur each season so it is common to find both moths and caterpillars active at the same time.  Indeed, I took pictures posted with this report of the moth on stiff goldenrod (Solidago rigida) the same day that I took shots of the caterpillar nests on their namesake host. 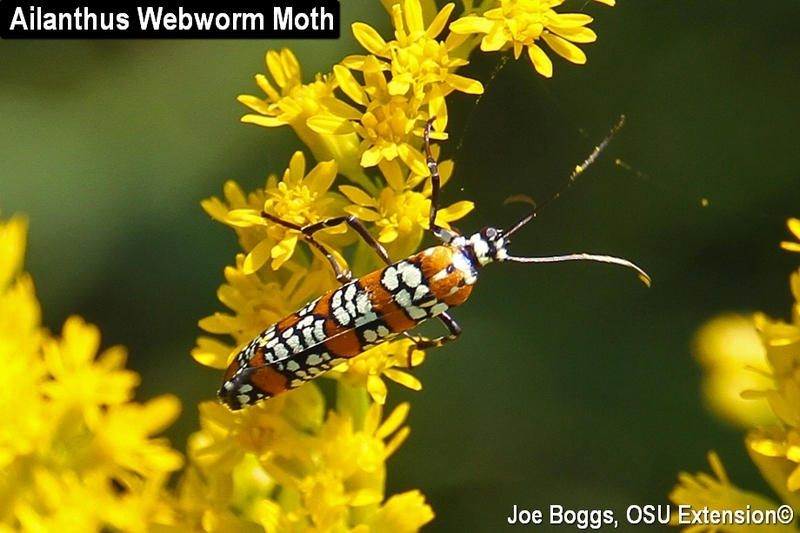 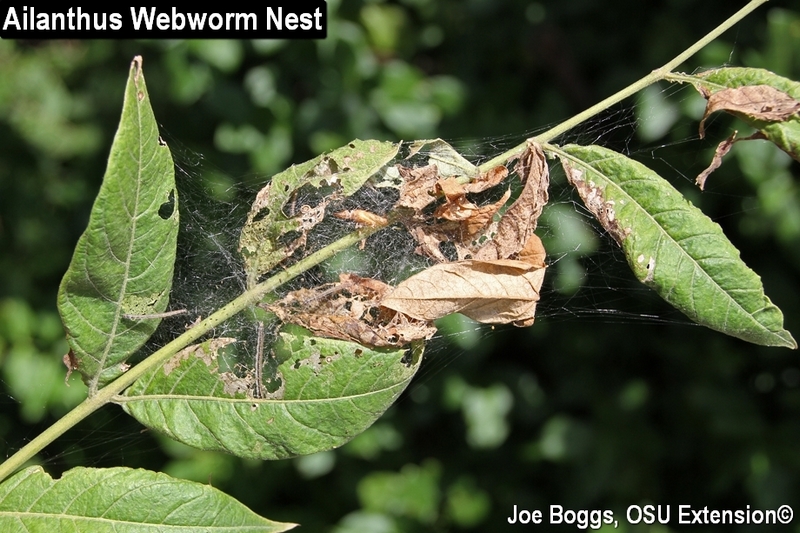 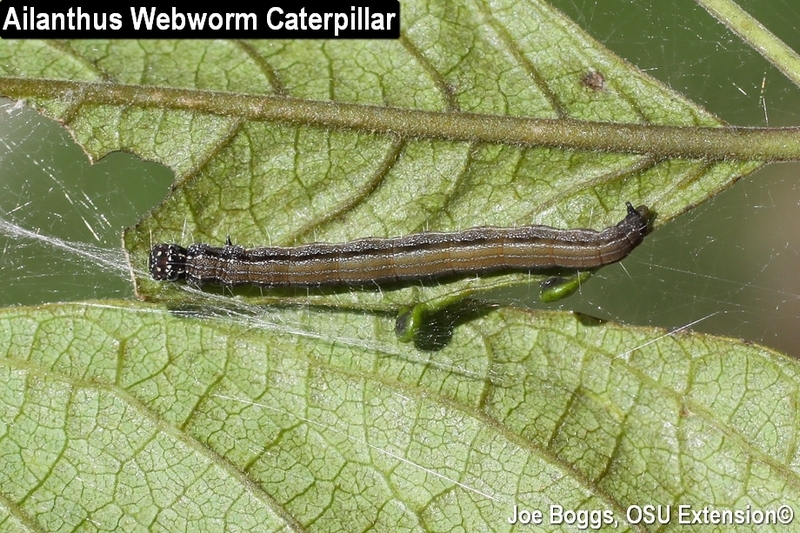 Ailanthus webworms are native to tropical regions in Central and South America where the caterpillars feed on native trees in the genus Simarouba (family Simaroubaceae).  The moth was originally assigned the scientific name, Atteva punctella, and it was known that the moth jumped from its native hosts to the non-native Tree of Heaven (Simaroubaceae).  It was assumed the moths exploited the ever-expanding range of Tree of Heaven to move north into the U.S. and Canada.  However, research involving DNA bar-coding, moth morphology, and food plant records eventually revealed that while A. punctella and A. aurea co-inhabit tropical regions of the New World, the moth in the U.S. and Canada is in fact A. aurea. 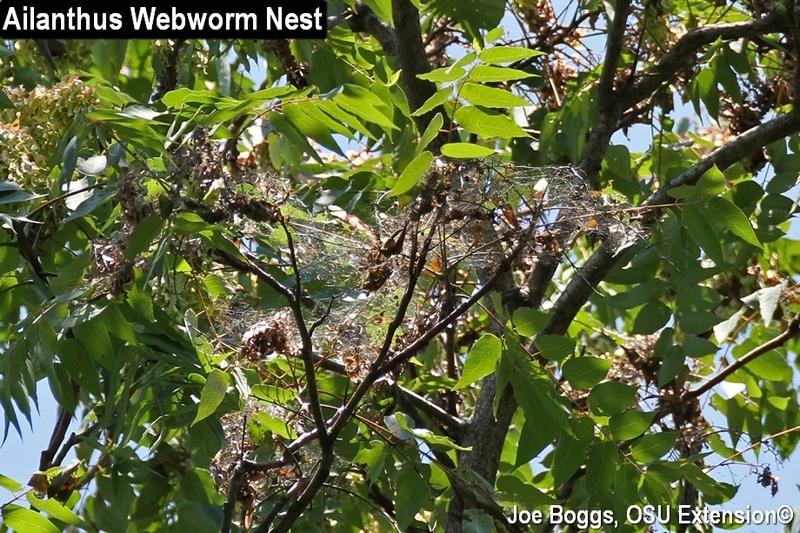