Diagnosis: The Fire Not This Time 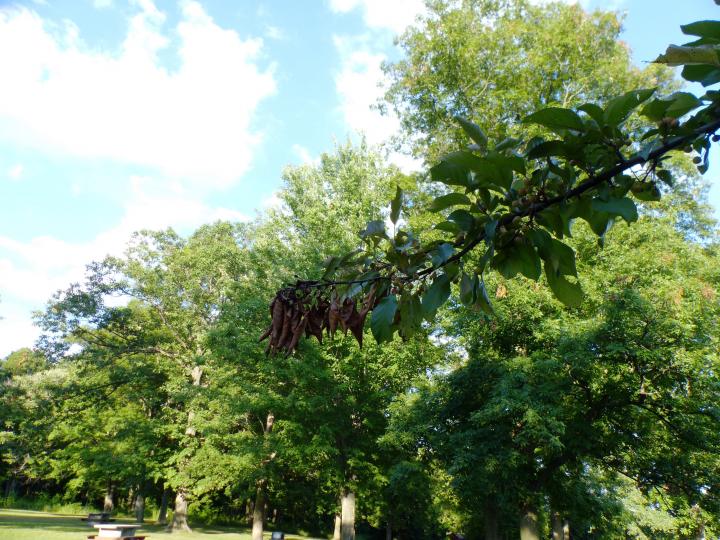 While driving through Mahoning County in northeast Ohio this weekend I stopped to take some pictures of what looked to be fireblight on crabapple (Malus). About a foot of the new growth on the crabapple had died back, with browned leaves attached. As noted in previous bygl-alerts, bacterial fireblight caused by Erwinia amylovora is a common problem on crabapples and apples and other genera in the Rosaceae, such as Sorbus (mountainash), Cotoneaster, Pyracantha, and Pyrus (Callery and fruiting pears). As I looked a little closer, though, I realized I had jumped to conclusions about the cause of this dieback. 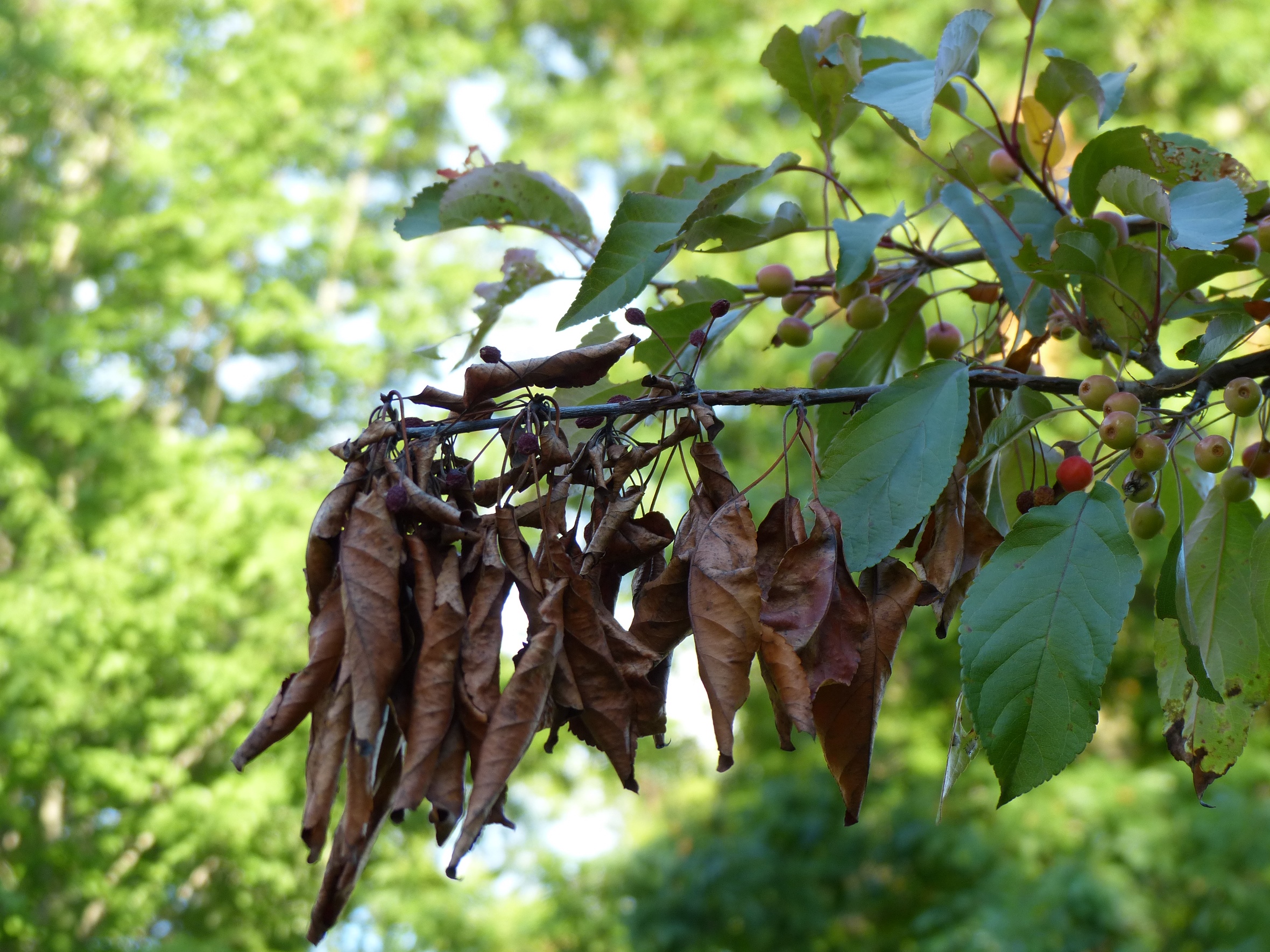 There were the tell-tale slits in the twigs where a 17-year cicada female had oviposited. The eggs had long since hatched and the cicada had returned to earth and tree roots for its long rest. Soon the twig will fall off and the tree and cicada will peacefully co-exist. As I looked around, I also saw similar damage on hickory and oak. Though we have talked about cicadas as well in previous bygl-alerts this year, we are still getting a good number of calls in Brood V cicada emergence areas from plant lovers puzzled by these browning and dropping twigs on multiple plant species.  It’s good to always remember: You don’t know till you know. 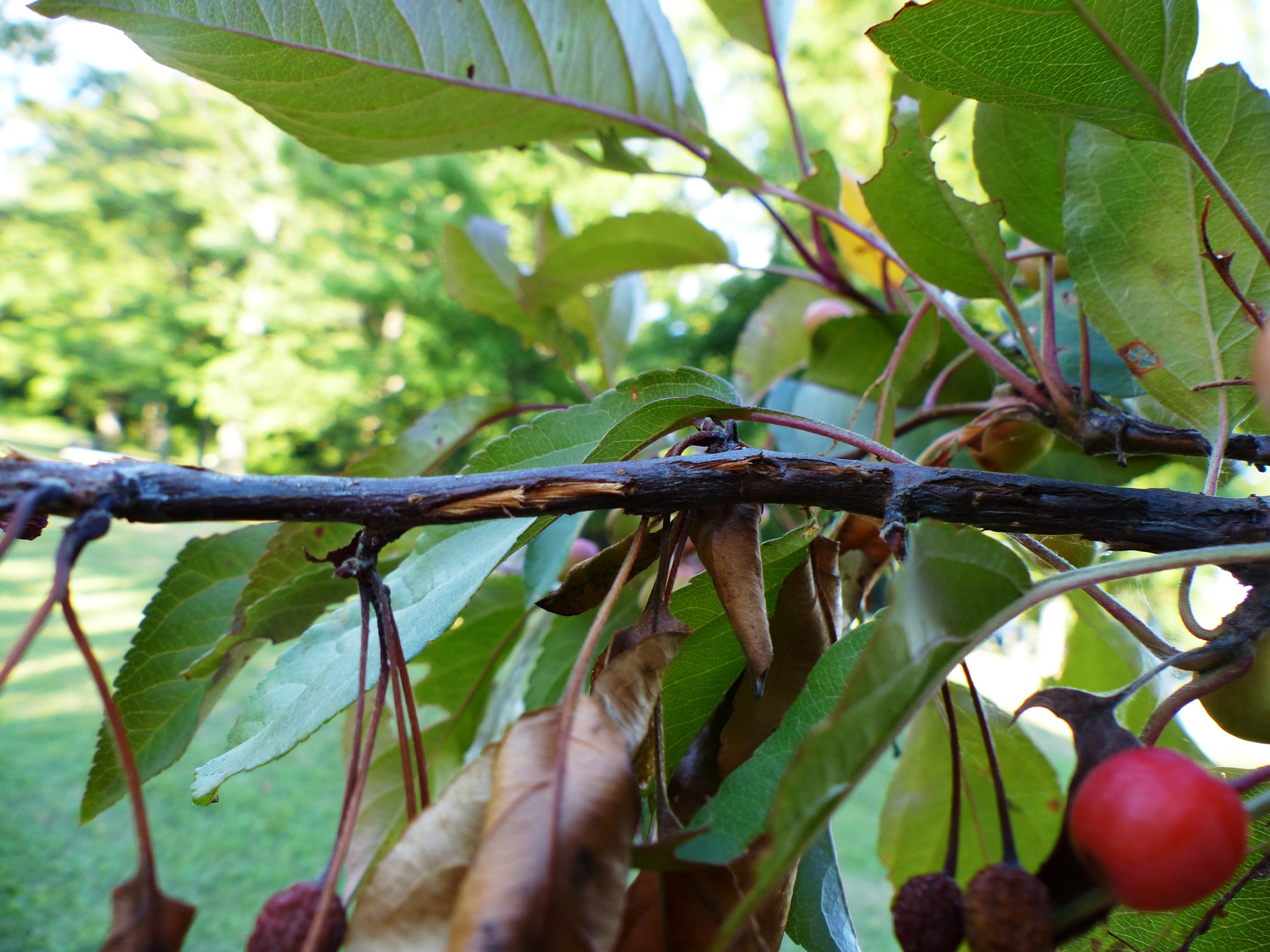