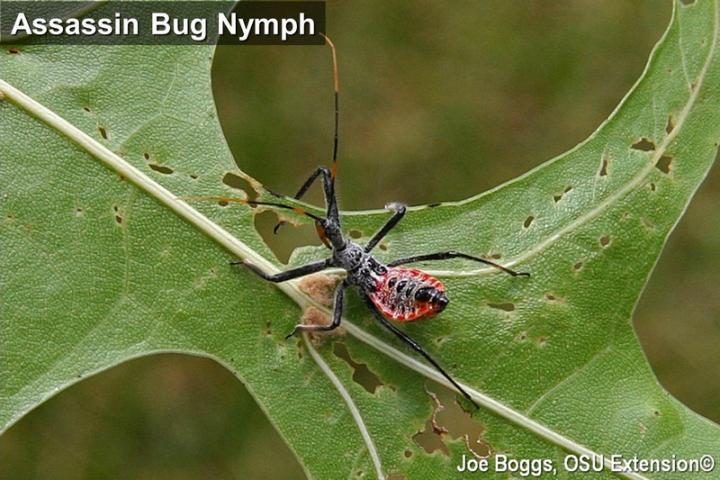 Insects belonging to the Hemipteran family Reduviidae are collectively known as assassin bugs.  The family includes over 160 species in North America and all are meat eaters.  The common name for the family clearly describes how these stealthy hunters make a living.  The bugs are equipped with piercing-sucking mouthparts that are used to inject paralyzing and pre-digestive enzymes into their prey.  They then suck the essence-of-insect from their hapless victims.

Assassin bugs pass through three developmental stages:  eggs, nymphs, and adults.  This is known as "incomplete metamorphosis."  Unlike other incomplete metamorphic insects such as grasshoppers with the nymphs resembling miniature adults, assassin bug nymphs look nothing like the adults.  In fact, they are often mistaken for spiders.  Of course, insects have six legs and spiders have eight legs. 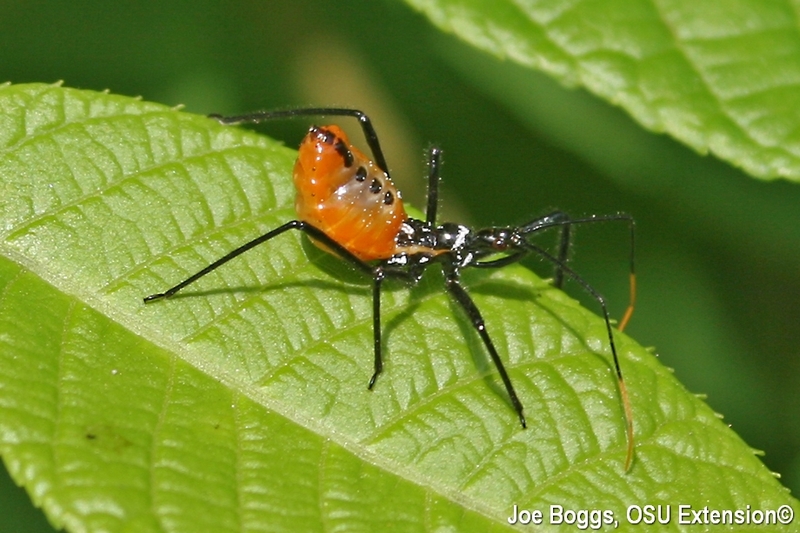 Although caterpillars and sawfly larvae are favored table fare of these voracious predators, they will not turn their beaks up at other arthropod meat morsels.  Indeed, they will even nail the probing fingers of uniformed gardeners!  While these are beneficial insects, they should not be handled.  All members of the family are capable of delivering a painful bite to people.  The pain of a bug bite has been described as being equal to or more powerful than a hornet sting, and the wounds may take over a week to heal.