Last week, driving along I-71 in northeast Ohio with an entomologist friend Dan Herms, we noticed small areas of browning on trees, including honeylocusts, that we passed while I was driving the legal speed limit. Unthinkingly, on the fly, I mentioned that it looked like mimosa webworm damage was showing up. Politely, Dan pointed out that that the many species of trees, from oaks to honeylocusts, from hickories to maples and many more, were exhibiting flagging from – cicada damage. Duhh, having seen and heard cicadas in this Medina/Lorain County area, I should have known. Damage on these trees was in all probability not important to health and survival of these roadside trees. A question did occur to me: do cicadas affect conifers (pine, spruce, fir, hemlock etc.)?

Dan noted that he thought that conifers, with their copious pitch production, were probably not good hosts for cicada egg-laying (“ovipositioning” in educated entomology-speak).  I thought about this some more later in the week when stopping to take some cicada ovipositioning damage pictures at a roadside rest in this same area. White oaks and red oaks, maples and honeylocust showed the little twig prunings from the cicadas, but adjacent spruces did not, potentially verifying and illustrating the point about conifer unsuitability as hosts. So, chatting with entomologist Joe Boggs on our Buckeye Yard and Garden Line (BYGL) web inservice we have each Tuesday, I illustrated this observation with the slide of the undamaged spruce. 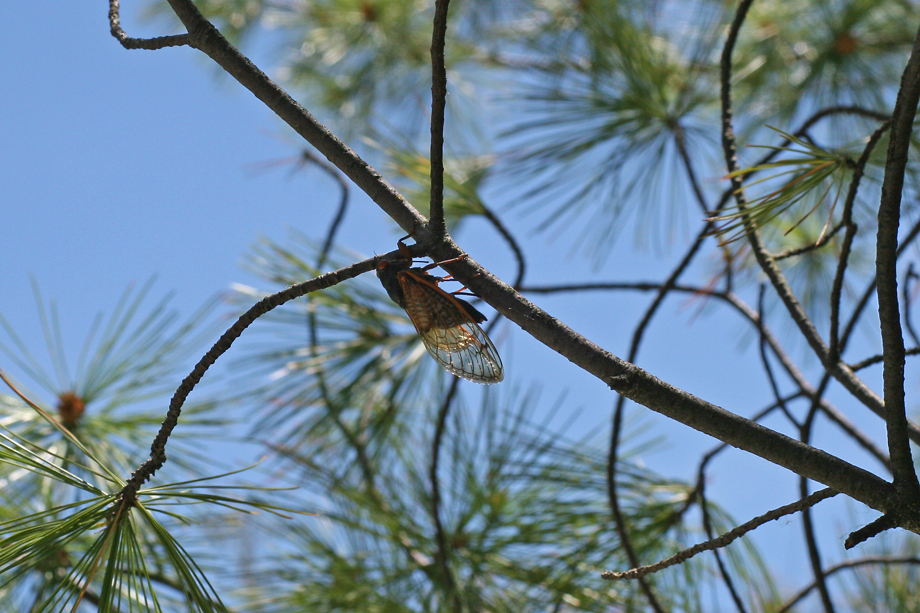 Joe, as ever, had a response, with wonderful images he then shared of a 2008 17-year cicada Brood IV emergence in the southwest Ohio area. His pictures shown here are of cicadas and oviposition scars on a white pine during that emergence. He, again as ever, followed up then, with observations on these same white pines that even with these oviposition slits there was no follow-up flagging. We do not know if the eggs hatched with cicadas returning to their 17 year semi-nap among tree roots, but at least that conifer did not show twig damage. 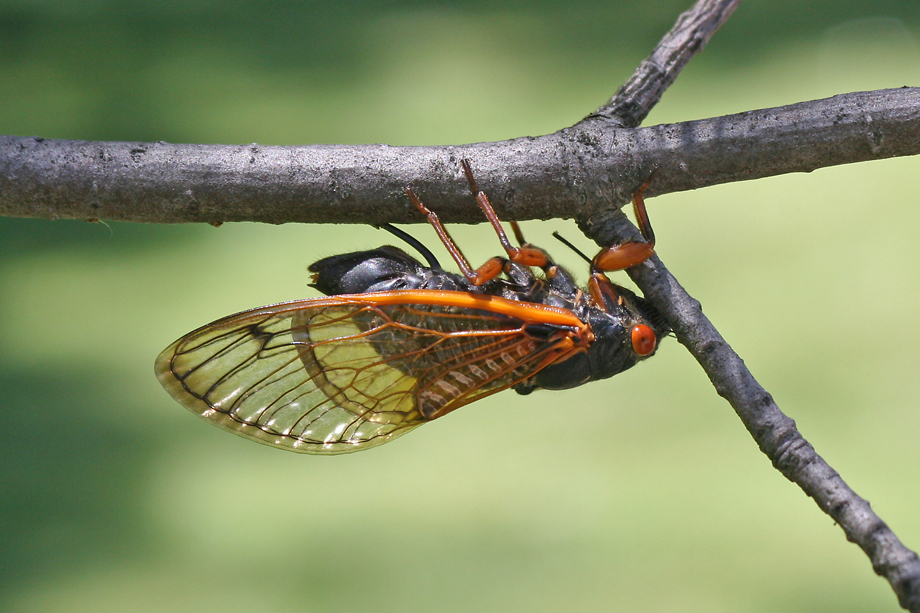 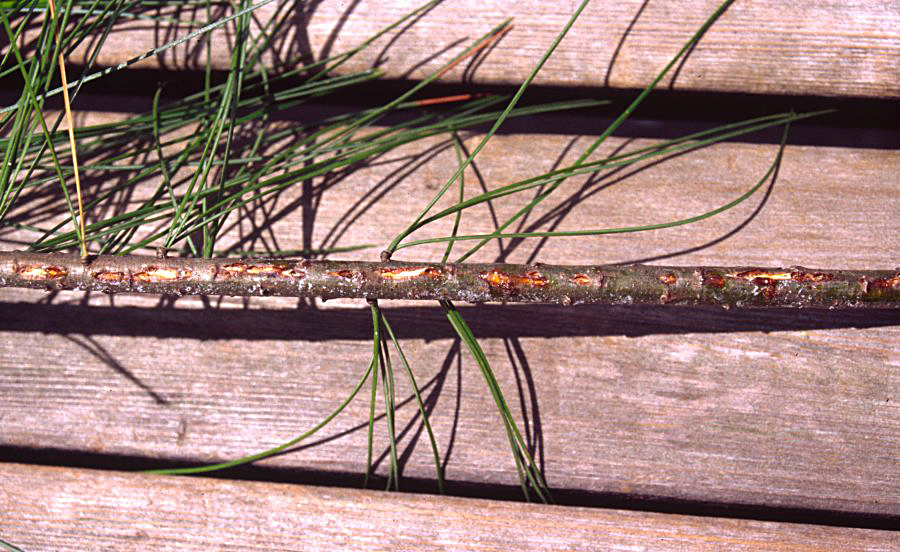 Speaking of twig damage, it is always good to remember that context is everything. Twig pruning on mature woodland and landscape trees may not matter, but twig pruning on young nursery plants, young fruit trees, and for example blueberry plantings in the area of emergence may make all the difference in the world, especially for a single season’s growth and yield.