Suction-Cups on the Bottom of Oak Leaves 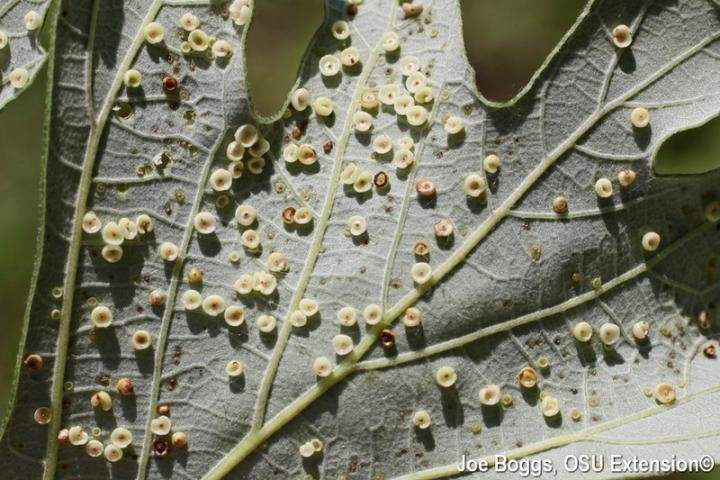 I'm always amazed at how the population densities of certain gall-making wasps on oak seem to synchronize over wide geographical areas so that large numbers of the same gall appears over a wide region.  I don't know how they do it.  These are very tiny insects and they have an intimate relationship with their host trees; it's best for them not to stray too far.

Oak button galls on white oak are very common this season throughout southwest Ohio; I even spotted some on oaks in central Indiana.  The galls are produced by the gall wasp, Neuroterus umbilicatus (family Cynipidae).  They look like tiny, octopus-like suction cups hanging from the lower leaf surface. 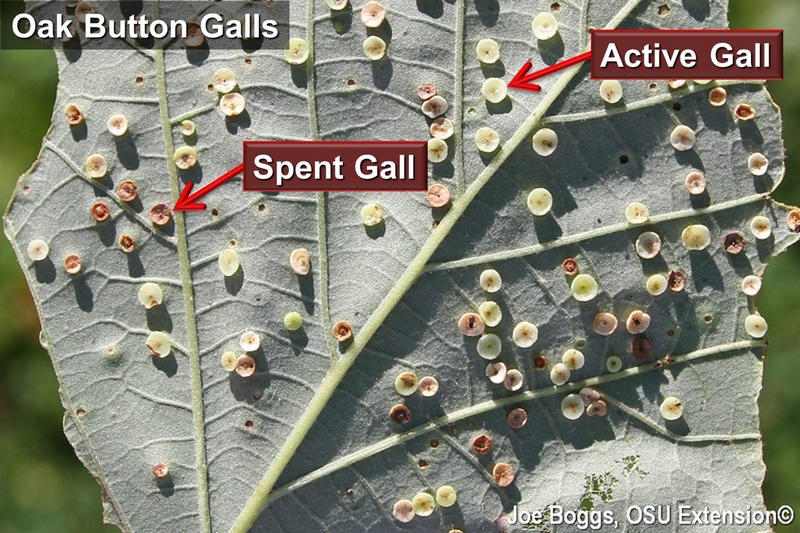 Active galls that contain a wasp larva are bluish-white.  Spent galls that have released their wasps turn brown, shrivel, and detach from the leaf.  As with the vast majority of galls on oaks, oak button galls cause little to no harm to the overall health of their host tree.  However, their points of attachment are marked on the upper leaf surface by distinct dark brown spots which can make leaves unsightly and may be mistaken for symptoms of a leaf-spot disease. 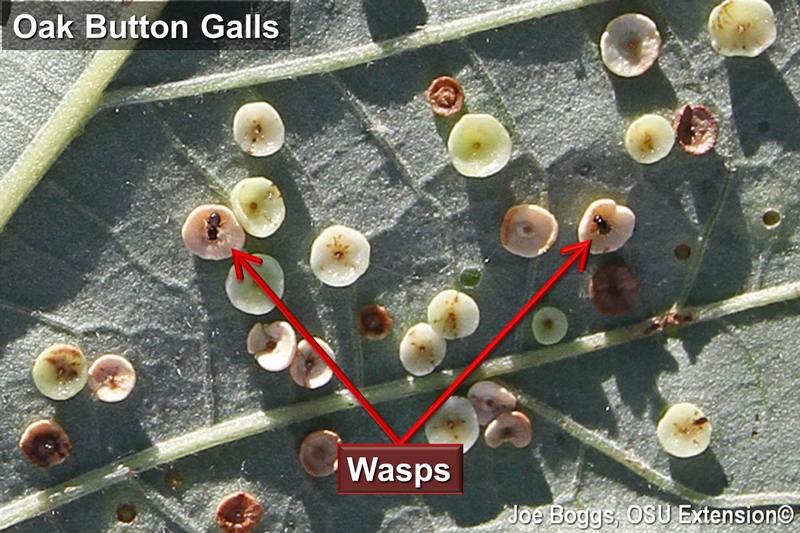 I took this picture without realizing that I had also captured some tiny wasps that may or may not be new gall-making wasps after they have emerged from their gall-homes.  I didn't see them until I processed my images - they are that tiny!  Since I didn't know they were there, I didn't collect them for a positive ID.  There is a possibility they are a parasitoid of the actual gall-making wasp.  This is not uncommon with the parasitoid wasp using their ovipositors to insert an egg into the gall.  The resulting larva then consumes the gall-maker's larva.  It's a tough world out their; even for gall wasps!