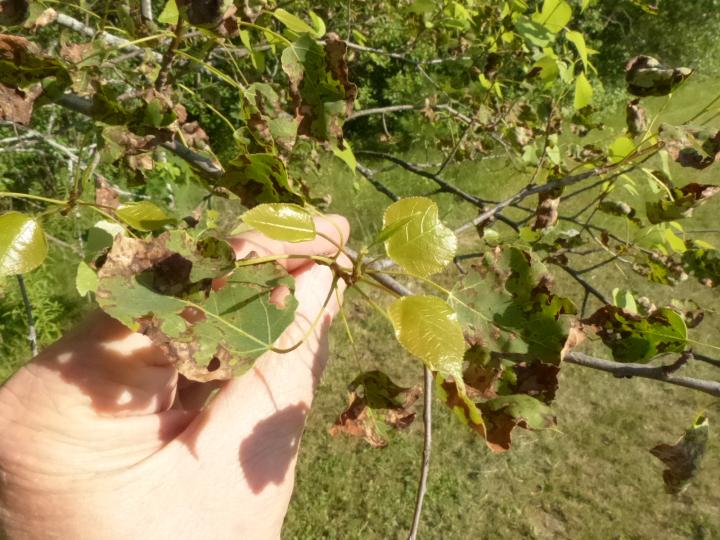 Marsonnina leaf spot of aspen is something I used to see out West when I lived and worked in Colorado, and maybe once or twice in Ohio, but the example I saw yesterday in Vermont was more about diagnostics. As you can see from this image the Marsonnina fungus causes considerable leaf blotch damage on aspen leaves. Note the pattern however.  The fungus overwinters on twigs and buds and then infects leaves during cool, wet conditions at first leaf emergence. Typically, and as seen here, damage is less or non-existent on subsequent leaf emergence. This pattern is common with many (for example anthracnoses of shade trees), though of course not all fungal leaf spot diseases.