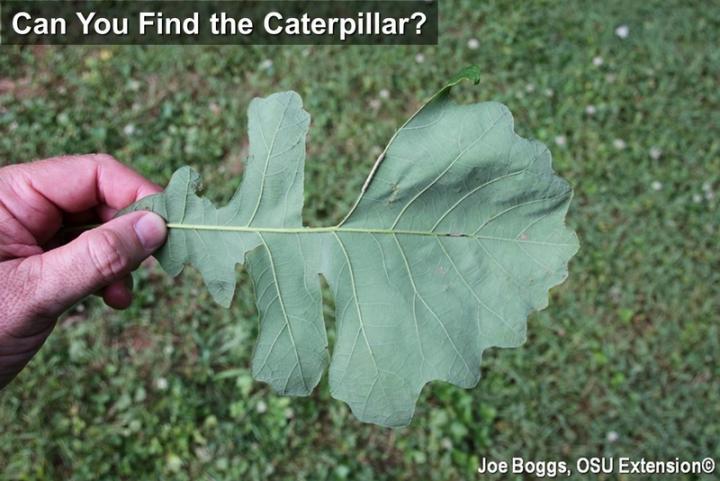 There are over 1,400 species of moths in North America that belong to the family Geometridae; it's one of our largest families of moths and butterflies.  Yet, their caterpillars often remain undetected until missing parts of leaves draws attention to these sneaky general defoliators.  Look closely at the above image:  can you see the caterpillar?

I took this picture after first seeing the leaf damage then finding the caterpillar; however, I almost completely overlooked the culprit.  That's the M.O. of these caterpillars.  Their camouflaged coloration and sneaky behavior keeps them safe from the prying eyes of predators and people.  In fact, I believe inchworms are one of the most common defoliators behind cases of unexplained missing leaf parts.  They avoid blame by pupating before being discovered. 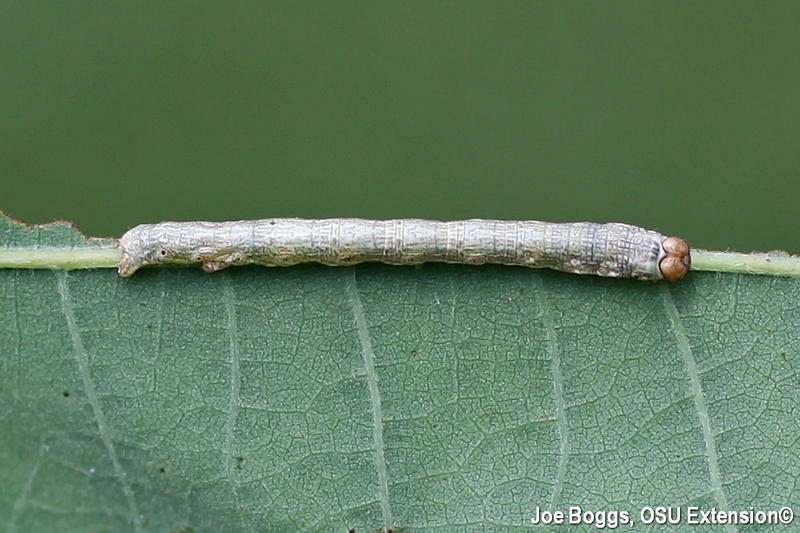 By the way, the family name Geometridae comes from ancient Greek:  "geo" = the Earth; "metron" = measure.  The peculiar, spanning behavior of the caterpillars makes them look like they are measuring the Earth, one inch at a time, as they loop along; thus the common names of inchworms, spanworms, and loopers.  The name cankerworm harkens back to old English (think Shakespeare) and refers to their leaf damage. 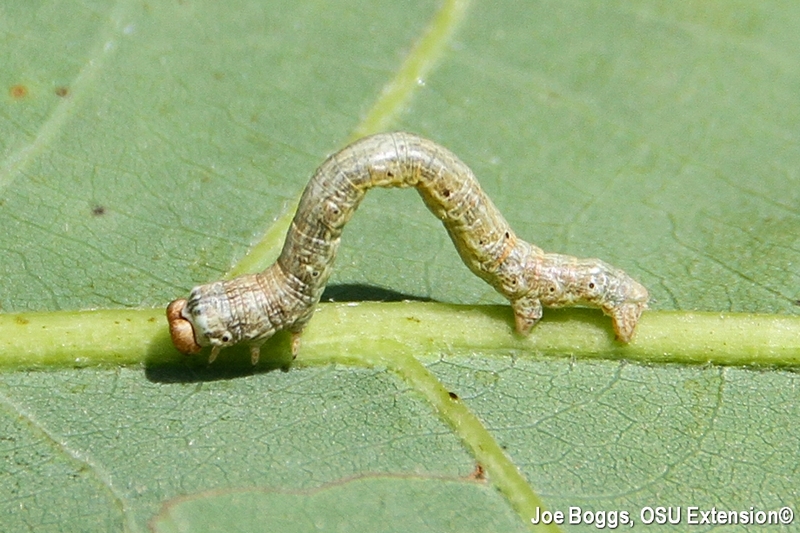