Japanese Beetles are on the Wing 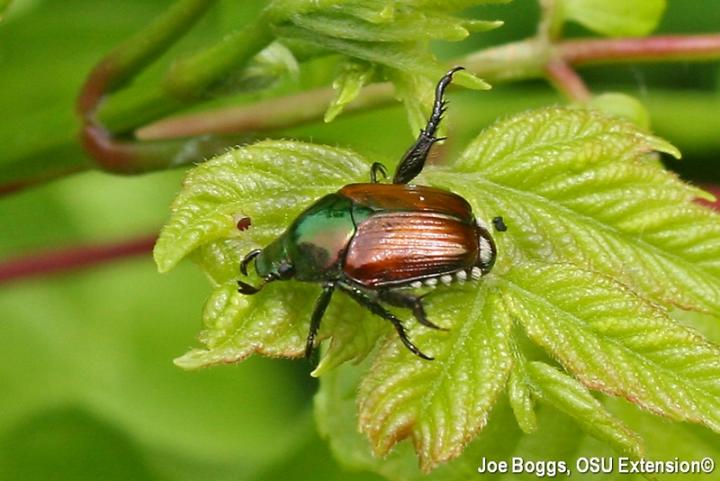 This past Thursday, I posted that Northern and Southern Masked Chafers (Cyclocephala borealis and C. lurida) were appearing around my porch lights at night in southwest Ohio.  I noted that owing to consistently low Japanese beetle (Popillia japonica) populations in recent years, the two masked chafers have largely supplanted Japanese beetles as the dominant "white grub producing" beetles in my part of the state.  However, that may change this season.

I observed some heavy Japanese beetle populations in Mt. Airy Forest yesterday on the west side of Cincinnati and Kevin Griffin (ACME Tree and Landscape Service) told me during a phone call today that he and his crews are likewise encountering high numbers of beetles in the same area.  Look for beetles on some of their favorite foods such as wild grape, linden trees, and roses.  It still too early to know whether the beetles are re-bounding or if this is just a localized event.  So, stay tuned for updates.  I'd like to hear what you are seeing in your region.