Where Have All The Maple Seedlings Gone? 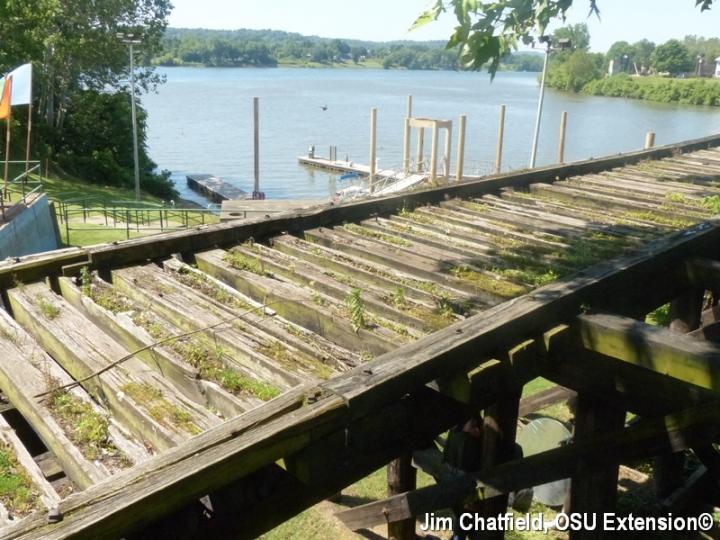 Many have noted this Spring that there are not as many red maple (Acer rubrum) seedlings popping up in flower beds. This was illustrated for me this past Saturday (June 11) when crossing the footbridge adjacent to the B & O Harmar Bridge, spanning the Muskingum River from Marietta proper to Harmar Village in southern Ohio.  I visited this bridge for the first time on June 21, 2013 and at the time took a picture then of the many red maple seedlings sprouting from the wooden railroad ties of the railroad bridge. This year, almost nada for red maple seedlings. 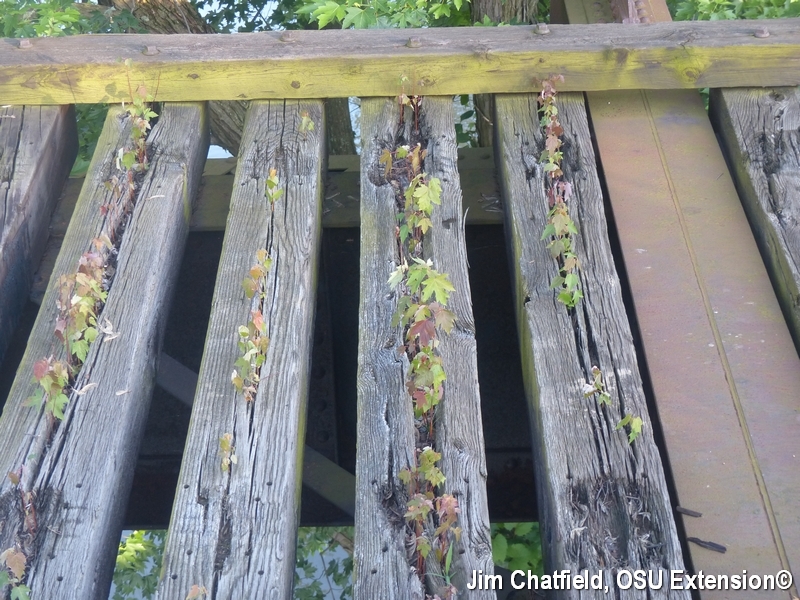 What’s the buzz? Almost certainly, the dearth of seedlings is due to a late winter or early spring frost that damaged the developing ovaries or embryos of this maple. Red maple (and silver maple) seeds mature and germinate in spring and early summer after spring or late winter flowering, while sugar maple (Acer saccharum) seeds do not fully mature and germinate until late summer or fall, which is one of the reasons why red maples tend to outcompete sugar maples in some forest situations.

On a tourist note, visit the wonderful Ohio riverfront town of Marietta – and check out the bridge and the Harmar area that was once the site of Fort Harmar, built in 1785. This bridge, that goes across the Muskingum near the confluence of the Muskingum and Ohio Rivers, started as a covered bridge in 1856, was then converted to a railroad bridge in 1873, and then the pedestrian bridge was added in 1962.  Ate some fresh sour cherries in Harmar Village last week.