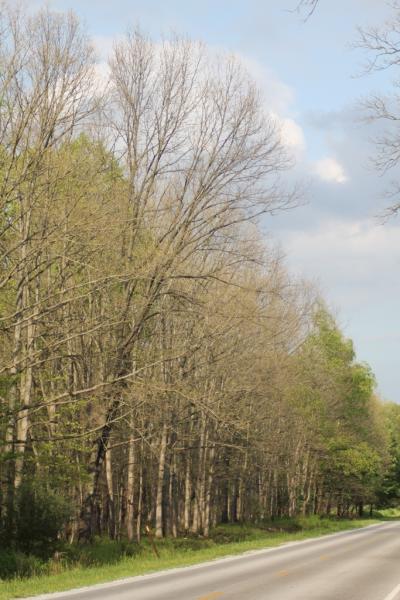 On Tuesday, June 14, 2016 the Ohio Department of Agriculture (ODA) announced that they will begin aerial treatments designed to disrupt gypsy moth (Lymantria dispar) mating this summer in central Ohio.

The gypsy moth is a non-native species that feeds on more than 300 different trees and shrubs, and is especially fond of oaks (Quercus spp.) while in its devastating caterpillar stage.  While healthy plants can usually withstand one or two years of defoliation, repeat feeding injury coupled with a drought or other pest pressures, can cause host plant decline and death.  To protect Ohio's diverse habitat, the ODA operates multiple programs aimed at managing the gypsy moth in Ohio.  One of those programs is Slow-The-Spread.  It focuces on monitoring, detecting and reducing isolated populations to slow the movement of the gypsy moth across Ohio and ultimately its movement westwar

Treatment blocks for the 2016 season are located in Delaware, Fairfield, Franklin, Licking, Morrow, Pickaway and Union Counties and total 26,886 acres.  Treatments in Franklin County will include blocks in the downtown Columbus area.

Treatments are scheduled to begin the week of June 20, 2016 and will occur over one or two days weather permitting.  A single treatment of Distrupt II will be made by airplanes that will be flying 100' - 200' above the tree tops and buildings.  The product will not kill the moth, but disrupts the mating process by confusing the male as he searches for a female mate.  Disrupt II is not harmful to birds, plants, pets or humans.