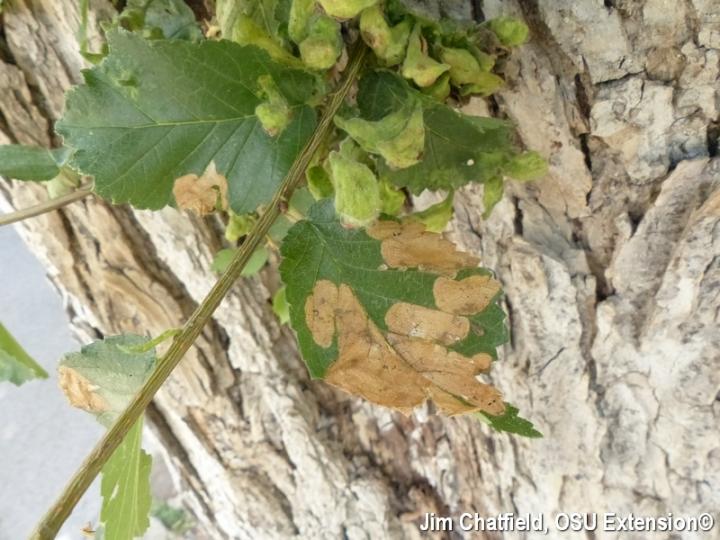 I recently looked at some elms on Columbus city streets and took some images of two insects on one leaf, though mostly on lower leafs and trunk sprouts. One insect was a wasp leafminer, Fenusa ulmi.  The larvae of this insect “mine” plant leaf cells for their nutritive value. It is a native insect and generally is worse on non-native elm species and those hybrids with some Asian or European elm genetics. Typically, insecticides are not recommended but labeled systemic insecticides may be useful in situations where applications are warranted. 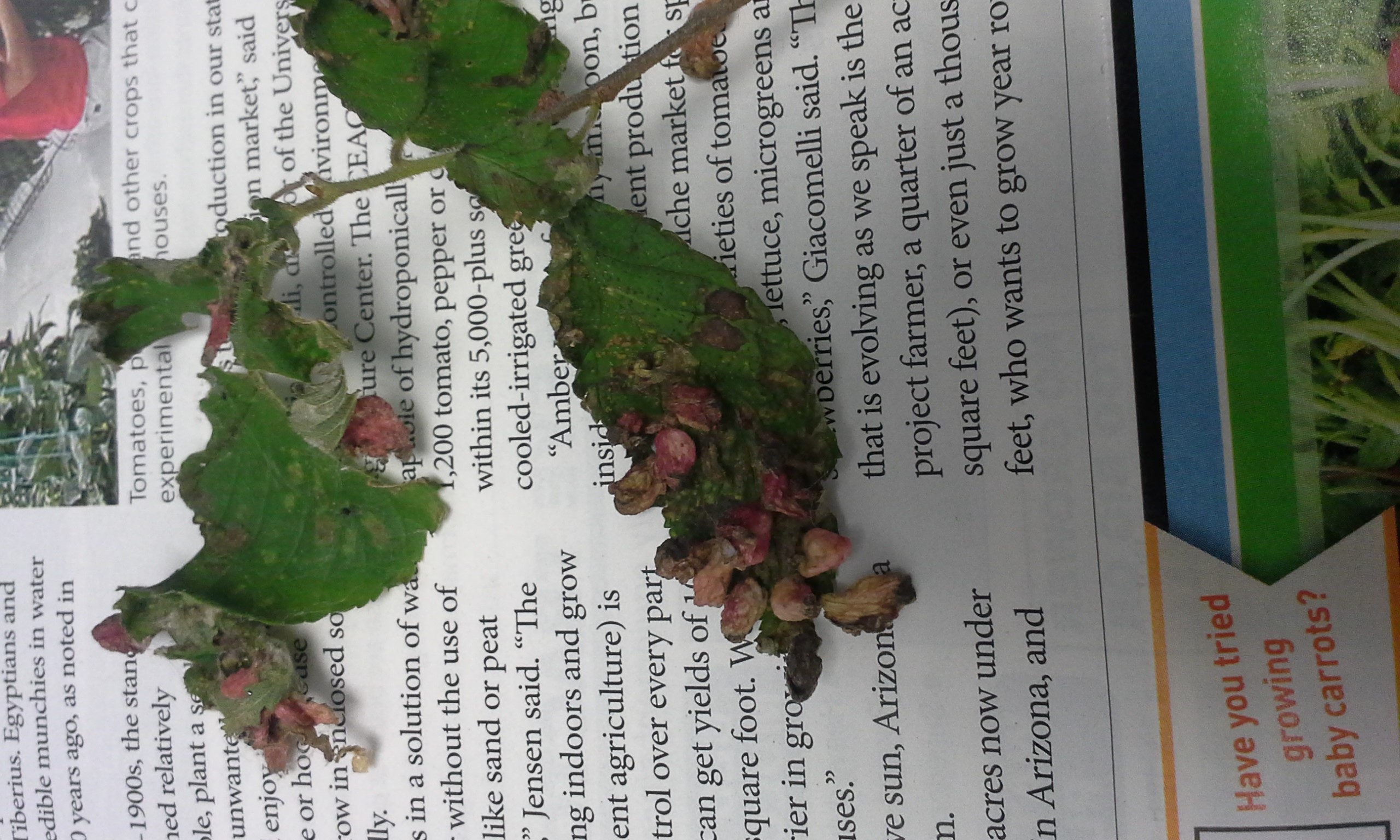 On the same leaves were some elm pouch or sac galls caused by aphids (Tetraneura ulmi) that induced plants to produce homes for the developing aphid young. It is pretty cool to open up the green-changing-to reddish pink galls and with a hand-lens or eventually just good eyesight to view the writhing mass of aphids inside.  Clifton Martin also sent a picture (the second image here) of these galls in to Curtis Young of OSU-Van Wert County. Curtis responded:

“This would be elm sack gall produced by an aphid.  They usually occur on lower leaves of American elms.  Here is an URL to bugguide: http://bugguide.net/node/view/481834.  No pesticide recommendations.”