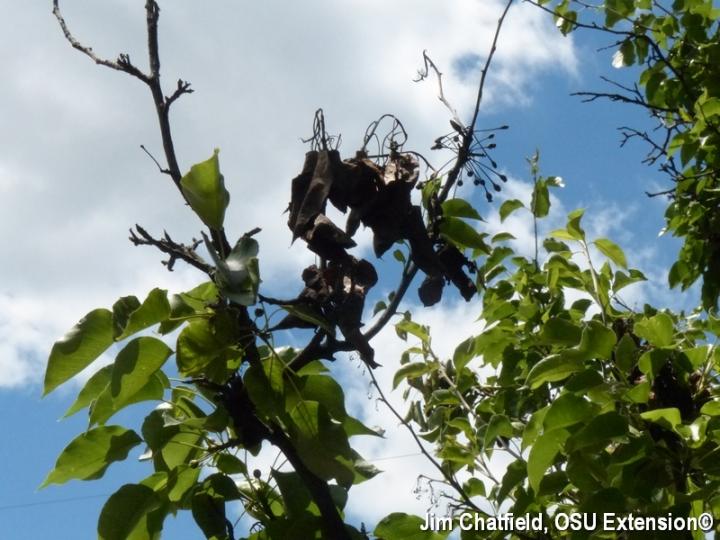 Fireblight on Callery pear is highlighted against the blue sky in Columbus’s German Village this past Thursday in the lead photo of this byglalert, with a different look in the second photo taken with a different sun angle, important to remember when seeing images and thinking “it doesn’t look quite like what I saw”. Fireblight symptoms of “shepherd’s crook” shoots and discolored leaves are common to see now, following infections which occurred weeks, even months earlier in cool, warm weather during bloom. 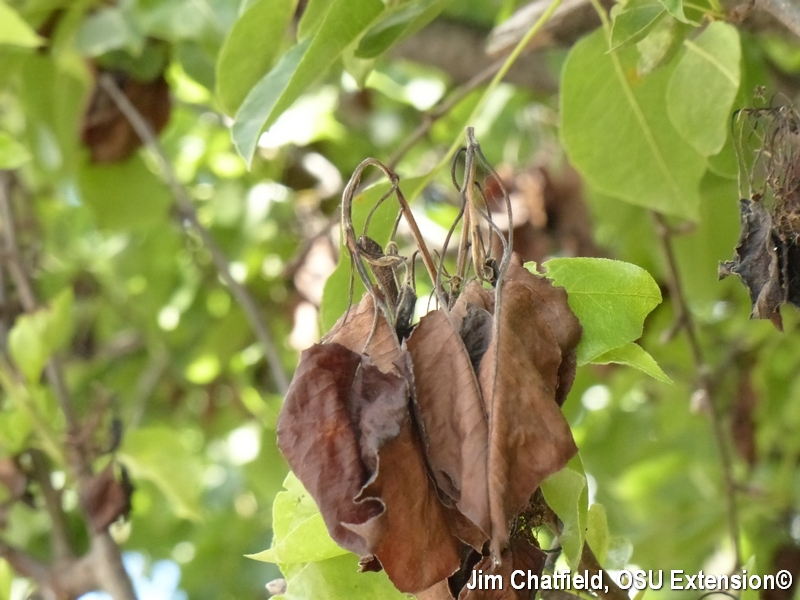 Fireblight is a bacterial plant disease, commonly seen on certain genera in the rose family (Rosaceae). Common hosts include pears (Pyrus) - both ornamental and eating pears, apples (Malus), both ornamental (crabapples) and eating apples, mountainash (Sorbus), pyracantha, and cotoneaster. Bacteriacides are not very effective, and the most common control option is pruning out shoots, well back (6-12 inches) of symptomatic areas.