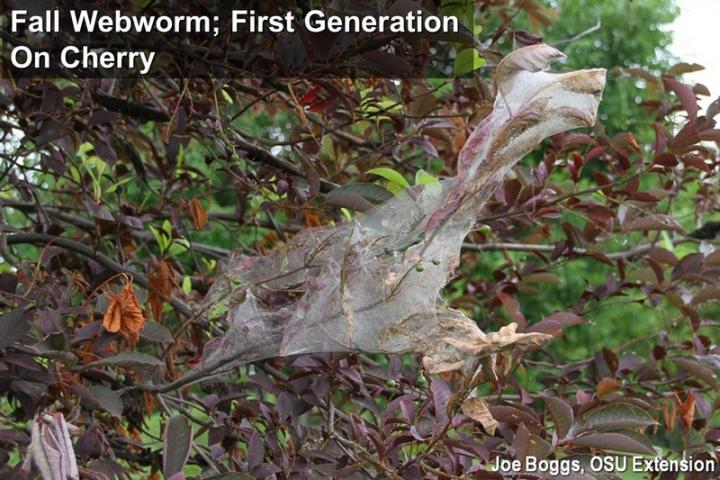 First generation fall webworms (Hyphantria cunea) are appearing in central and southern Ohio.  Fall webworm moths typically have two generations per year in Ohio and despite their common name, first generation nests usually appear in late spring.  Fall webworm caterpillars only feed on the leaves that are enveloped by their silk nest.  As caterpillars grow in size, they expand their nest by casting silk over more leaves to accommodate their expanding appetites. 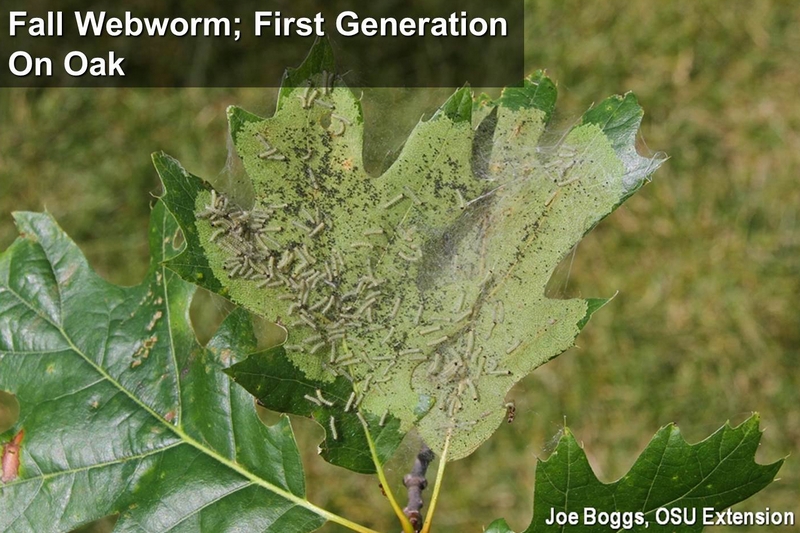 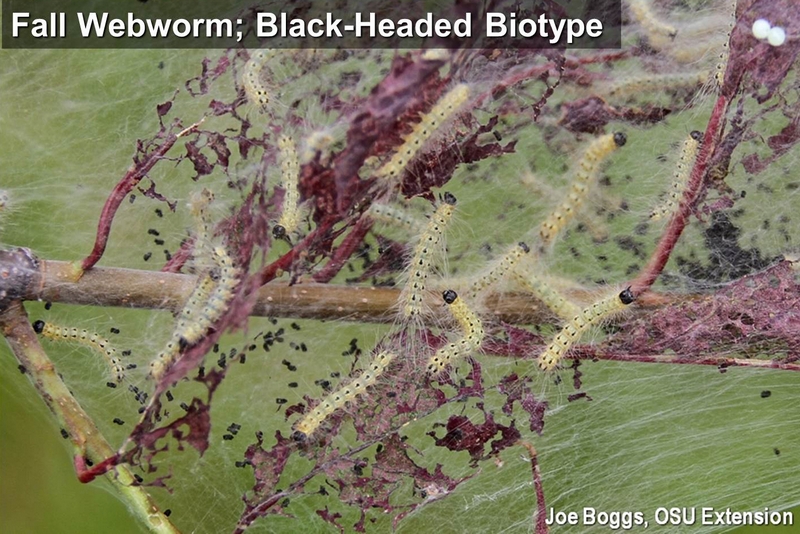 Fall webworms have two distinct biotypes named for the color of their head capsules:  black-headed and red-headed.  Caterpillars of both types are very hairy, but differ in body coloration, nesting behavior, dates for spring adult emergence, and to some extent, host preferences.  The black-headed type emerges earlier in the season and tends to produce small, wispy nests that envelop only a dozen or so leaves.  Red-headed fall webworm caterpillars can produce some truly spectacular multilayered nests enveloping dozens of leaves at the ends of branches.  This biotype is the more damaging of the two and is commonly found in the eastern part of Ohio.  The black-headed biotype is common in the central and western parts of the state.