Antlions Are On the Hunt 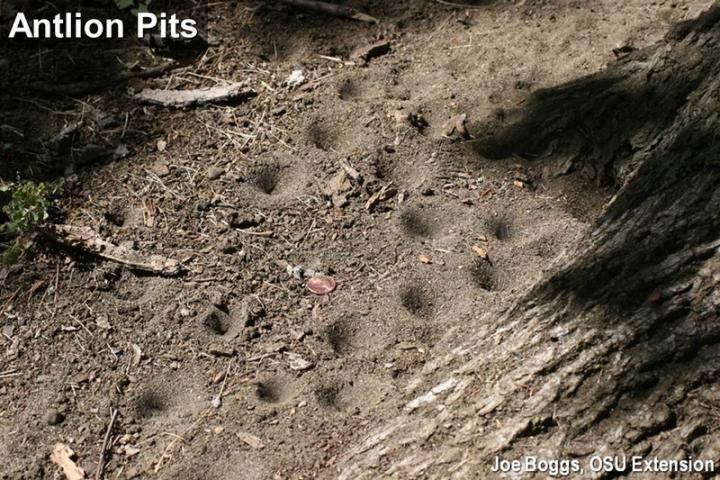 Ron Wilson (Natorp's) shared an e-mail message with me this morning from a listener of his radio show about a strange insect that kept "trying to cover itself with dirt."  An ID didn't come to my mind … I claim because of a lack of coffee rather than an age-related issue.  Ron chided me by repeating the part about the insect trying to cover itself with dirt.  My last functional neuron fired and I realized the message was about one of our favorite insects:  antions (Myrmeleon immaculatus). 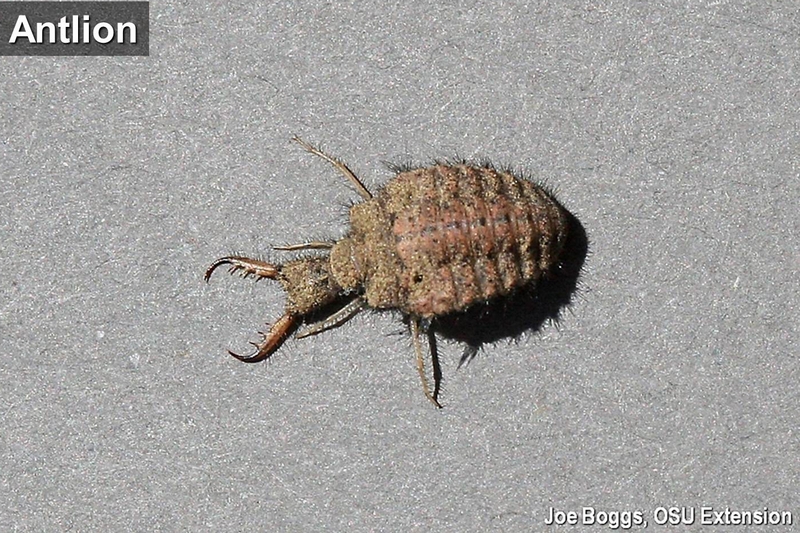 Antlions belong to the insect order Neuroptera (neuro = nerve, optera = wing).  Adults have long, thin bodies that measure around 1" in length.  They fly at night, so they are a rare find during the day.  Females insert their eggs into dry, powdery soil, or sandy soil.  Favored locations include loose soil near building foundations or around the base of trees.  Once the eggs hatch, the true "antlion" portion of the life cycle appears on the scene. 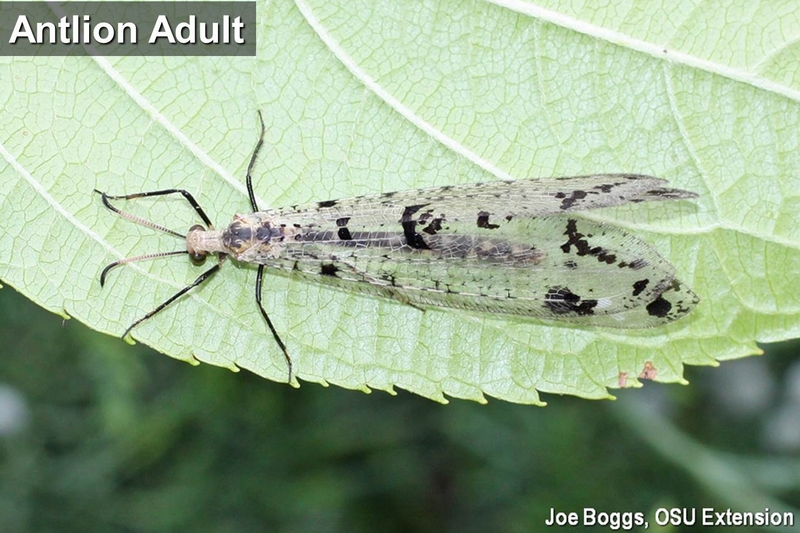 The grayish-brown, slightly hairy larvae are heavily plated, almost armor-like, and they sport impressive out-sized, sickle-shaped mandibles; necessary equipment for a predator.  The antlions excavate pit-fall traps by moving backwards in the loose soil in a spiral pattern and using their mandibles like tiny shovels to flip away soil.  Eventually, a funnel-shaped pit, measuring around 3/4 - 2" wide and 1/2" deep is created with the antlion buried at the bottom; only their wicked looking mandibles are exposed.  If you pull an antlion larva from the soil, they will immediately try to cover themselves back up with soil! 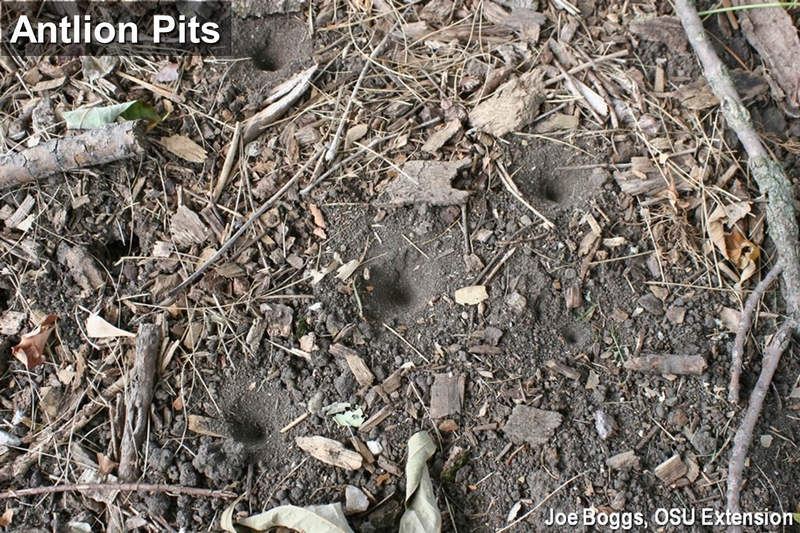 If an ant blunders into the pit-fall trap, the loose dry soil particles provide no traction for escape by the hapless victim.  The antlion uses its sharp-pointed mandibles to seize its trapped prey and pierce the victim's body allowing the essence-of-insect to drain into the antlion's mouth.  Their dinning menu includes their namesake prey as well as any other arthropod the antlion can skewer with its mandibles.  Antlions have great edutainment value.  Ron knows that when my kids were young, I held two antlions in a sand-based terrarium one summer; a kind of anti-ant farm.  We spent hours watching them feast on ants continually dropped into their predator paradise.

Antlions are sometimes called "doodlebugs;" however, as with many common names for insects, geography plays a role in exactly which insect is attached to the doodlebug moniker.  In some parts of the U.S., the doodlebug name is given to dung beetles (Order Coleoptera; Family Scarabaeidae) while in other locations the name refers to the larvae of tiger beetles (Family Carabidae).  Of course, an antlion by any other name is still a ferocious and fascinating predator!