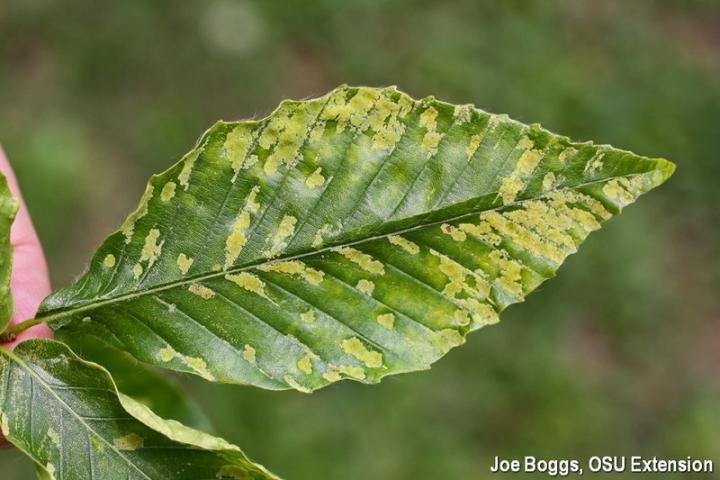 The felt-like erineum patches produced by the eriophyid mite, Acalitus fagerinea, on the upper leaf surfaces of American beech are now appearing in southwest Ohio.  Currently, the patches are light-yellow.  However, they progress through several color stages throughout the season from light green in the spring to brilliant yellow to yellowish-gold then rusty red to reddish-brown and finally dark brown. 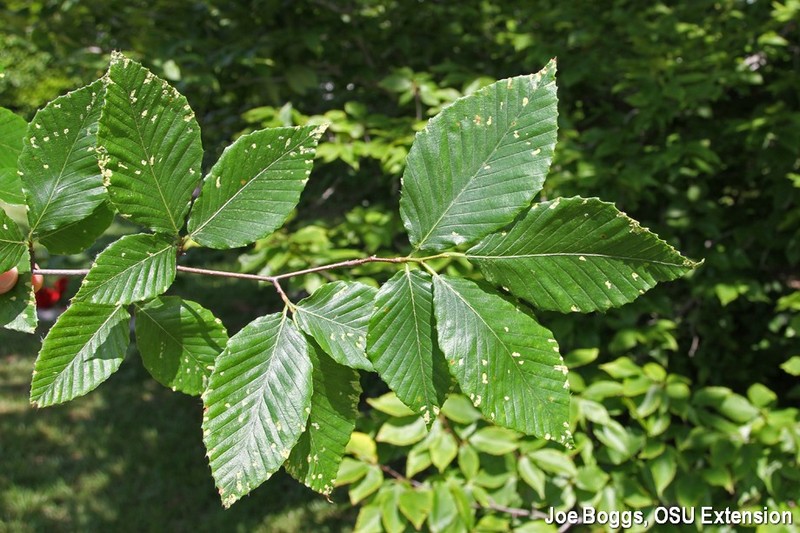 The eriophyid mite is viewed more as an oddity rather than a significant pest.  Their erineum patches seldom cover enough of the leaf surfaces to cause harm to the overall health of an affected tree.  However, the patches may be mistaken for a leaf spot disease, particularly when they become reddish-brown later in the season. 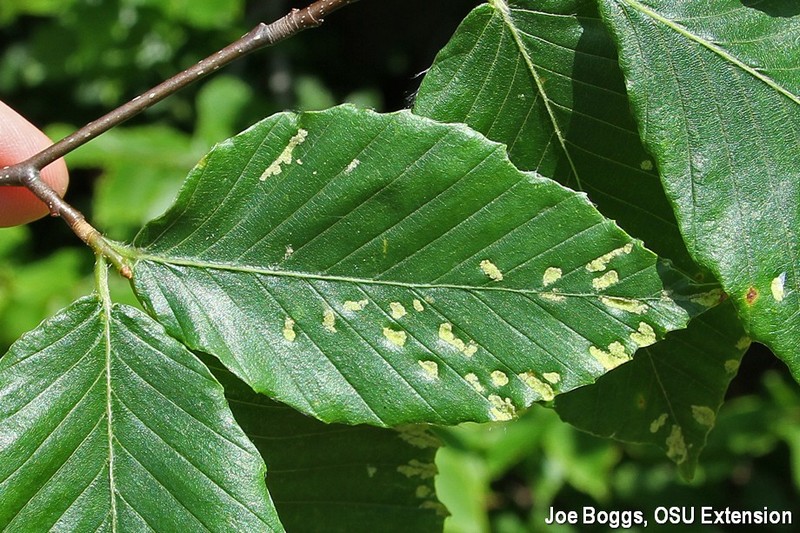 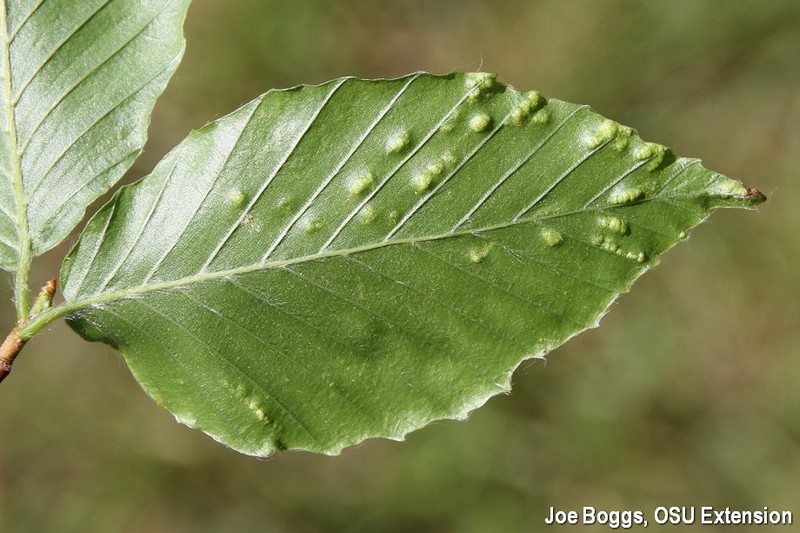