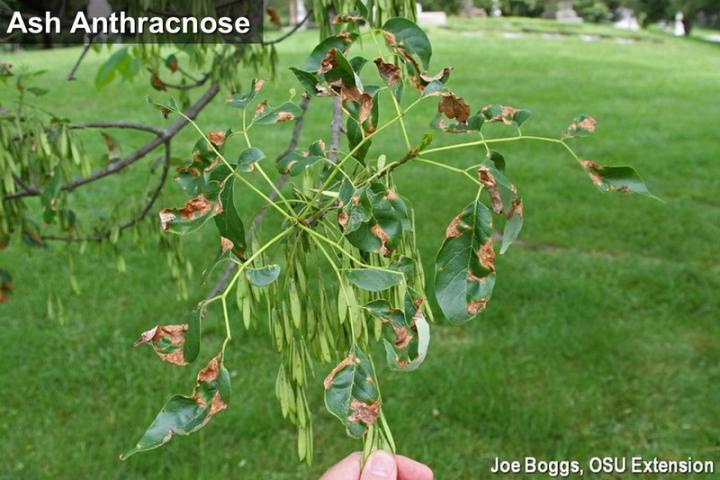 Last week, we reported that leaf and stem symptoms of the fungal disease known as sycamore anthracnose were becoming evident on the namesake host in many areas of Ohio.  This week, we're adding ash, oak, and beech to the list of foliar anthracnose diseases appearing in the southwest part of the state.  It's important to keep in mind that the anthracnose diseases affecting sycamore, ash, oak, and beech are each produced by a different host-specific fungus.  The fungus that produces anthracnose on sycamore does not infect ash, oak, or beech and vice versa; the fungus responsible for ash anthracnose does not infect oak or beech, and so on. 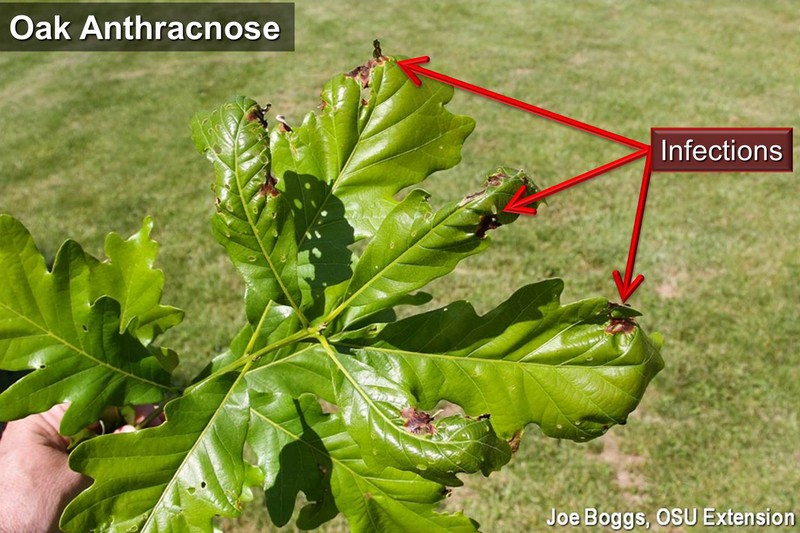 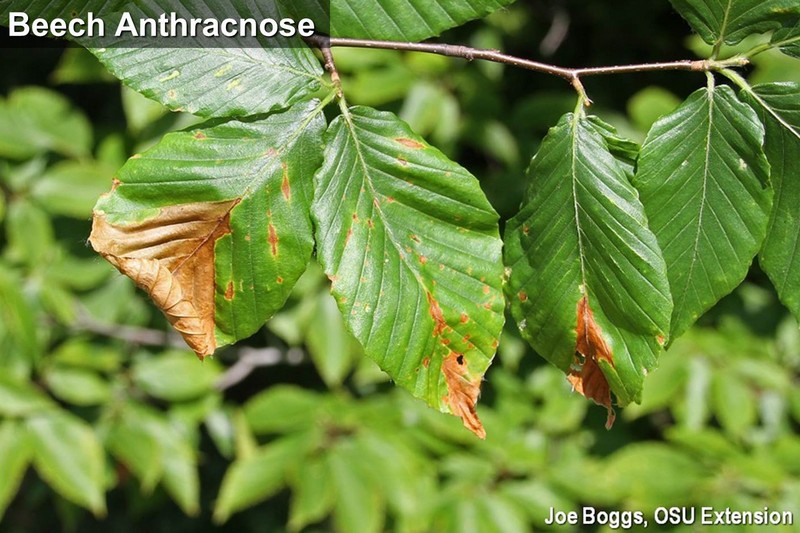 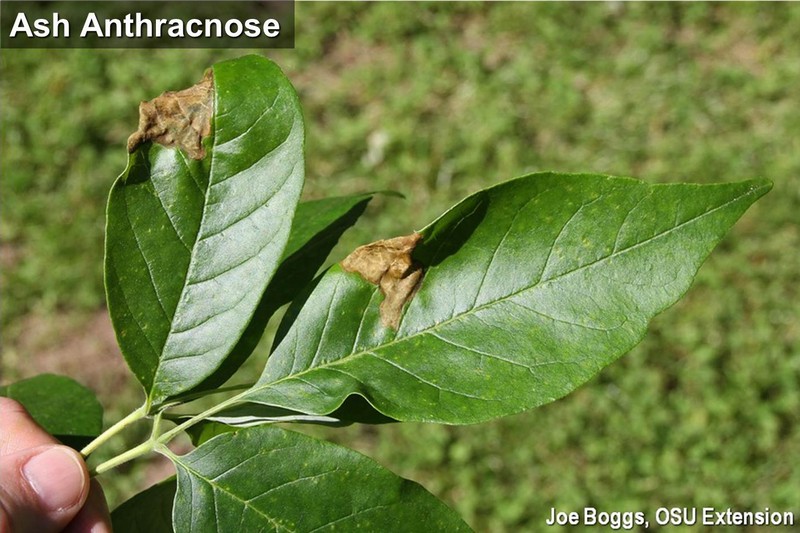 Irregularly shaped reddish-brown, blotchy spots appearing on the leaflets of ash trees that were treated with a systemic insecticide to protect them against emerald ash borer (Agrilus planipennis) (EAB) may cause landowners to conclude the leaf symptoms are somehow connected to the EAB treatment, which is not true.  Or, they may believe EAB insecticide treatments should somehow have prevented the anthracnose, which is also not true.  The necrotic (dead) tissue associated with anthracnose on ash, oak and beech typically appears to spread out from the leaf veins which may cause some to believe their trees are suffering from a lack of water.  In fact, the condition known as "leaf scorch" which is sometimes caused by drought produces leaf browning symptoms that first appear along leaf edges and browning progresses inward from the leaf margins.