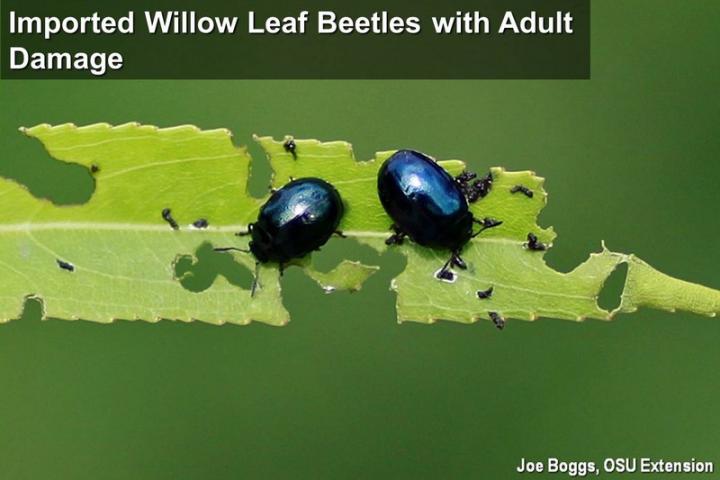 First generation imported willow leaf beetles (Plagiodera versicolora) are munching the leaves of wild and cultivated willows in southwest Ohio.  This native of northern Europe was first found in the U.S. in 1915.  Since that time, it has become well established throughout most of the eastern and Midwestern states.  Although it has been a number of years since a significant outbreak has been reported in Ohio, this beetle has a history of periodically achieving population outbreak densities and causing significant defoliation of its namesake host. 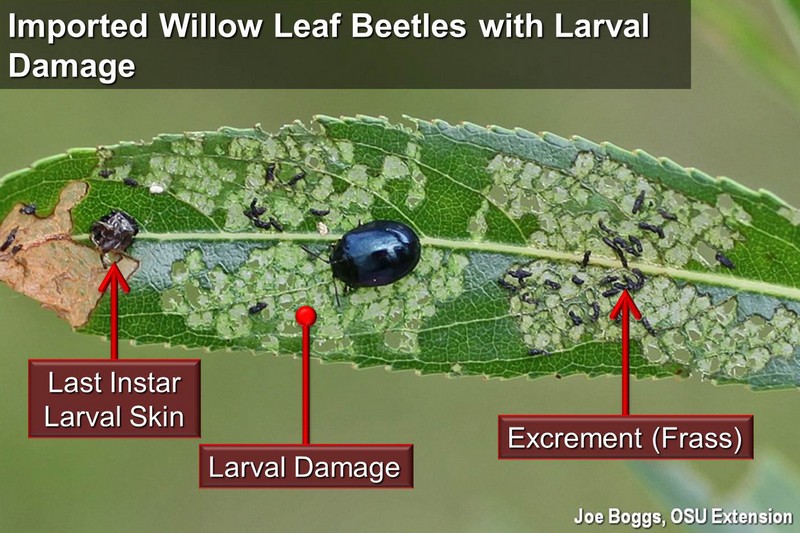 The oblong adults measure around 1/8" in length and may sport a bluish-black or bluish-green hue depending upon the angle of the light reflecting off these shiny beetles.  They feed by chewing holes or notches in willow leaves.  Adults spend the winter under loose bark or beneath leaf litter at the base of trees.  They emerge in the spring to mate and lay eggs.  The resulting tapered bluish-black larvae skeletonize leaves and typically cause more damage than the adults.  Young larvae may feed side by side and move as a group across the upper or lower leaf surfaces.  Heavy infestations cause leaves to turn brown and appear scorched.