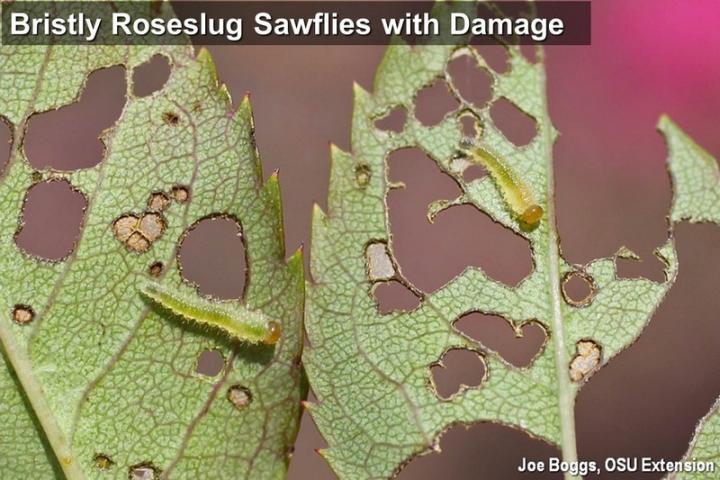 Heavy leaf damage from the non-native bristly roseslug sawfly (Cladius difformis) is becoming very apparent on its namesake host in southwest Ohio.  Roses in Ohio may be infested by this sawfly as well as two other non-native species:  the European roseslug sawfly (Endelomyia aethiops); and the curled roseslug sawfly (Allantus cinctus).  Despite their common names, the larvae of these sawflies resemble tiny caterpillars and look nothing like the glistening, elongated pear-shaped "slug sawflies" which do resemble tiny slugs. 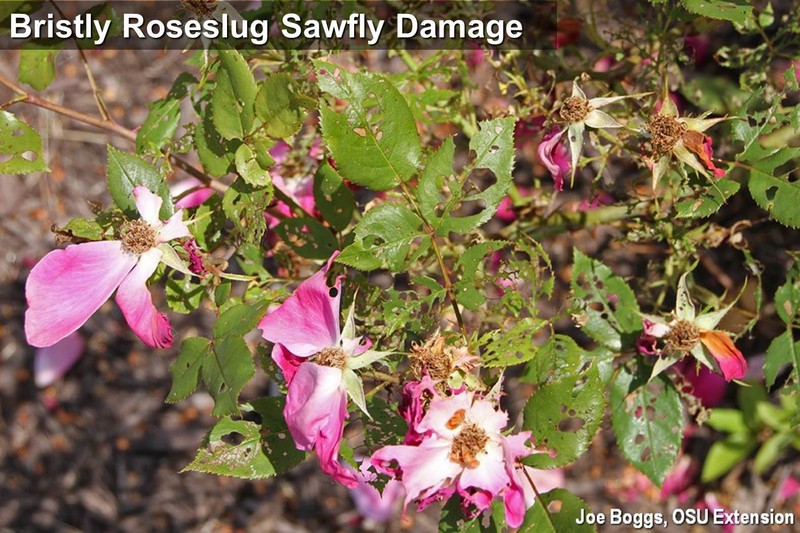 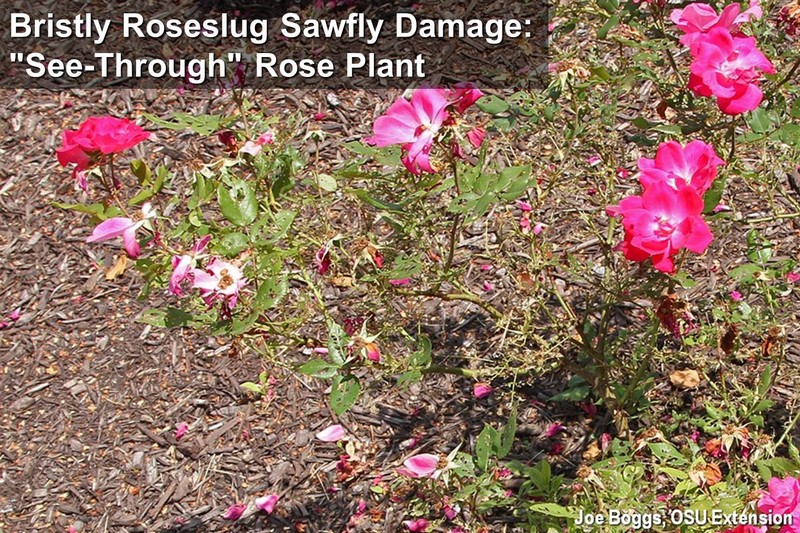 Look closely on the underside of leaves for the bristly roseslug sawfly; their size and coloration can make them difficult to spot.  The larvae are pale green and covered with short, hair-like bristles that can be seen with a hand-lens.  Early instar larvae feed as leaf skeletonizers on the lower leaf surfaces.  The corresponding epidermis on the upper leaf surface remains intact and turns white producing a characteristic "windowpane" symptom.  Eventually, the "windowpanes" drops out to produce holes.  Later instars feed between the main veins to directly produce holes in leaves.  The holes produced by early and late instar feeding damage produce "see-through" leaves.  This sawfly has gradually become the most commonly found of the three species that make up the roseslug sawfly complex in Ohio.

Control and prevention of further damage depends on a proper identification of the roseslug culprit.  Only the bristly roseslug continues to produce damage throughout the season.  Larvae can be killed with topical applications of a contact insecticide targeting the underside of leaves.  Soil drench applications of systemic insecticides such as imidacloprid (e.g. Merit) or dinotefuran (e.g. Safari) are also effective; however, timing may be an issue.  Dinotefuran may be the best option given that it has a more rapid update and distribution throughout the plant compared to imidacloprid.