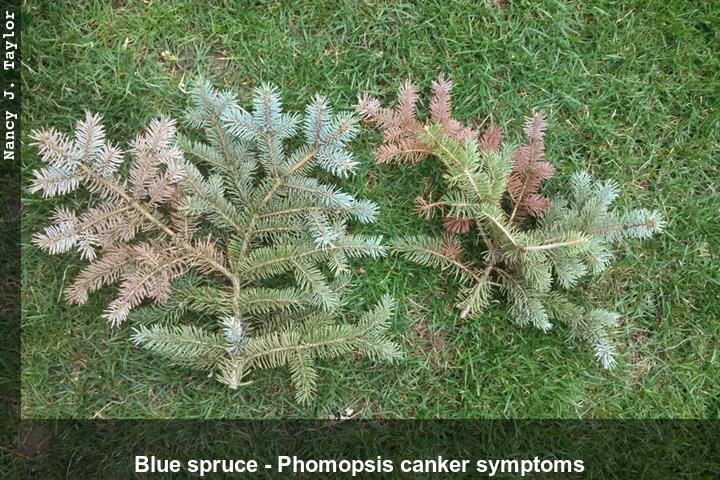 Branch dieback in spruce can have many causes such as the generalized dieback we see as roots fail from root rot or various root injuries. Cytospora canker is a very well-known disease of spruce, particularly blue spruce (Picea pungens). A dead branch in a spruce is often attributed to Cytospora but that is not always the case as was evident in a recent blue spruce sample.

Look closely at the dying branch. Trace the dead and dying tissue back to where it transitions to healthy. Carefully scrape the bark at that transition looking for discoloration of the underlying woody tissues. Looking closely at the whorl area you may see a distinctly brown discoloration of the wood with a sharp transition from affected to unaffected tissues. This is evidence of a canker. 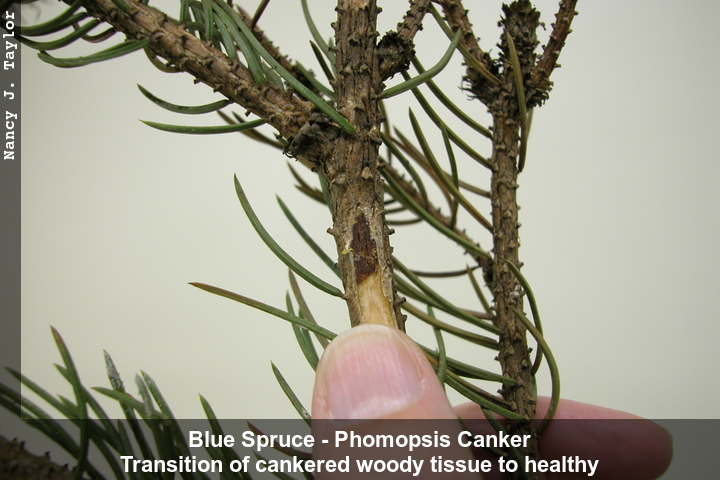 If you are taking a sample for laboratory examination, make your sampling cut several inches below the last visibly discoloring tissue so that the transition is included and send samples that have not been scraped as described above. In the lab we look closely at the affected tissues and the intact transition area is critical. It may be necessary to incubate the sample to induce the fungal fruiting structures to become apparent. Then a close examination can reveal the actual spores of the fungus. In this case the fruiting structure did appear, a pycnidium and the spores were characteristic of Phomopsis. Combining the symptoms plus the fungus confirms that this sample showed evidence of Phomopsis canker. 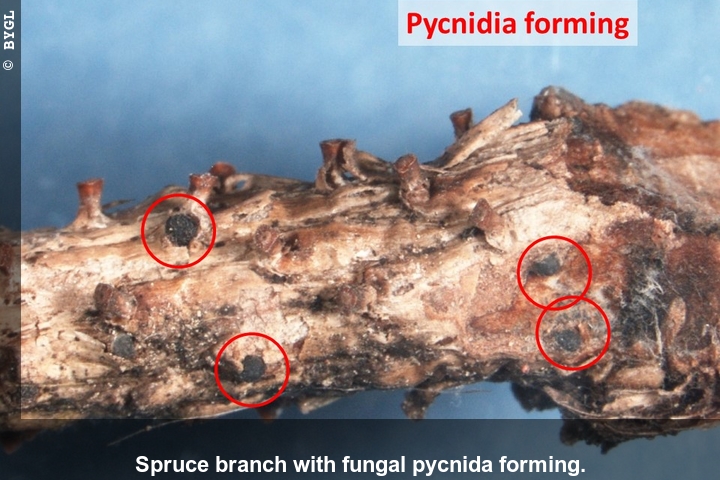 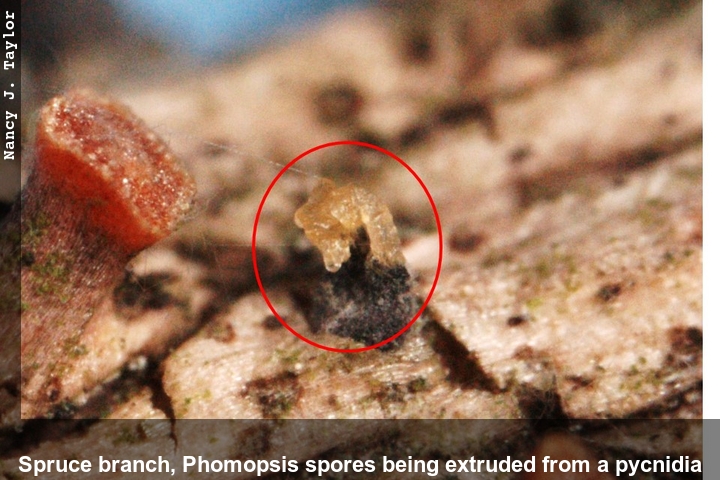 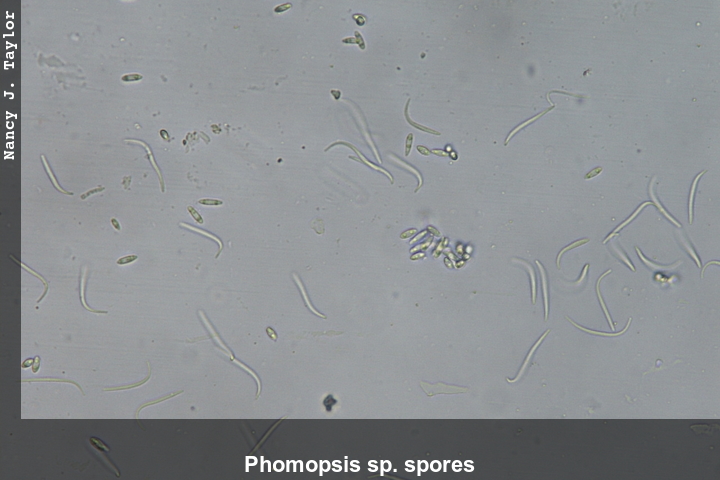 Treatment is problematic. In the recent sample the fungus was close to active sporulation which means that new inoculum will be forming on the dead branch tissues very shortly. Therapeutic pruning could have been initiated during the dormant season if dieback was visible then. BUT, if dieback does not become apparent until spring warm-up keep in mind that pruning during active sporulation could result in additional infections if the spores being extruded from the pycnidia land on a fresh pruning wound.

With Phomopsis canker of spruce the cankers often are visible first at the whorl and then extend down the branch. The pruning cut should be made at least several inches below the cankered area. Prune according to good practices for conifers; do not leave a stub. Depending on the symptoms and extent of the problem it may be necessary to remove entire branches.

Fungicides have been used for Phomopsis tip blight on small trees in nurseries but may not be highly effective in preventing canker formation in large landscape trees.  A fungicide containing thiophanae-methyl has been used in nurseries.