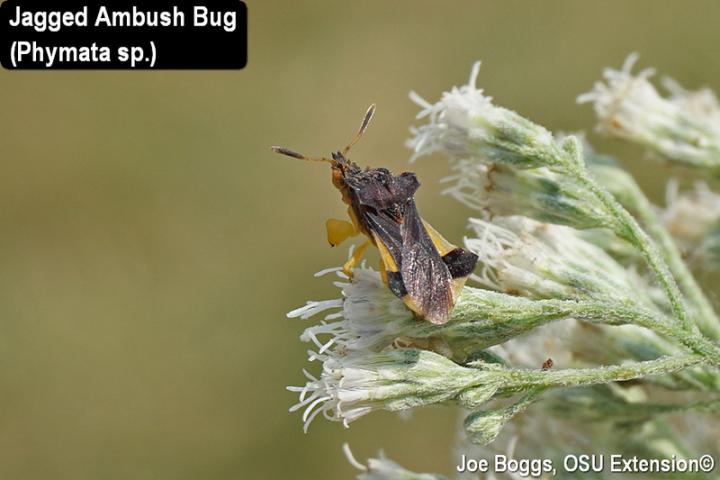 "You can observe a lot by just watching."  - Lawrence Peter "Yogi" Berra 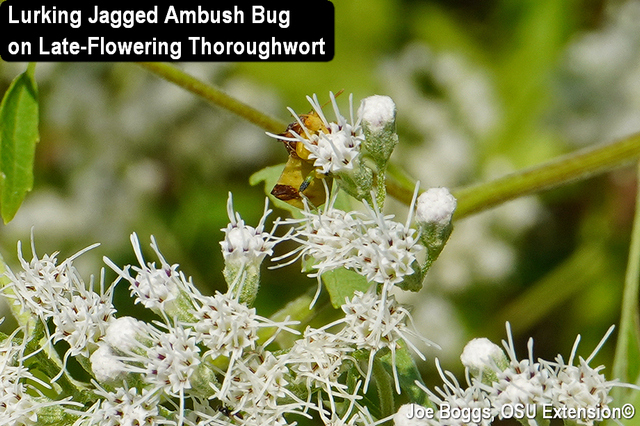 We consider insect pollinators to be beneficial.  However, the ambush bugs are a reminder that Nature doesn’t play favorites. 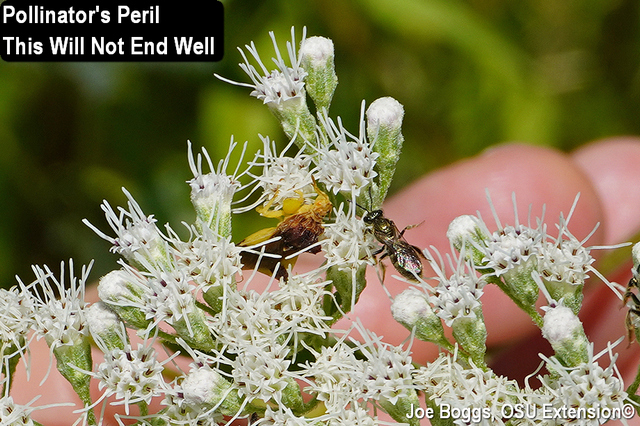 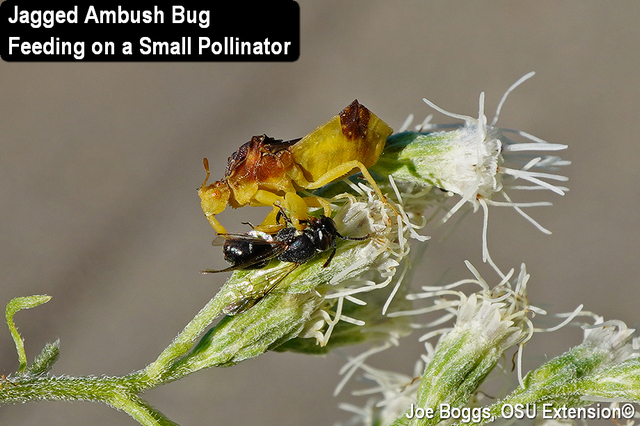 Jagged ambush bugs are common in Ohio.  The "jagged" part of their common name comes from the jagged edges of their bodies. 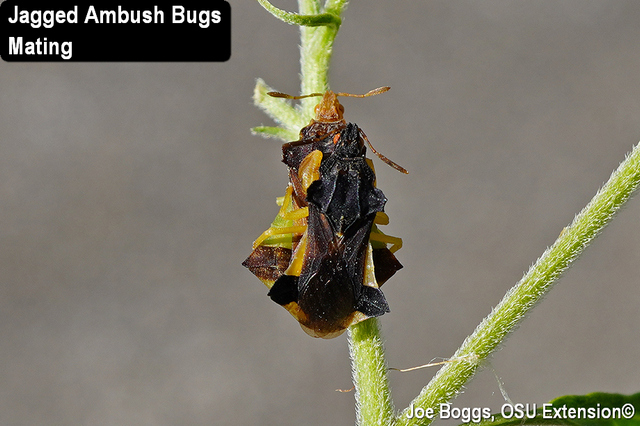 Ambush bugs remain motionless, sometimes for hours, lying in wait for their victims.  They increase their chances of success by relying on the nectar and pollen of flowers to draw in their prey.  Of course, this means they commonly dine on pollinators. 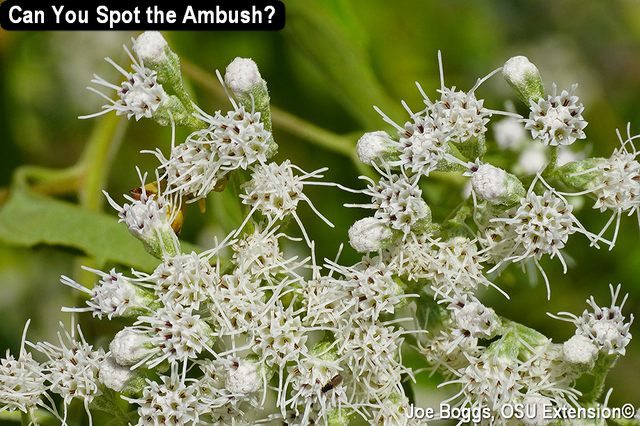 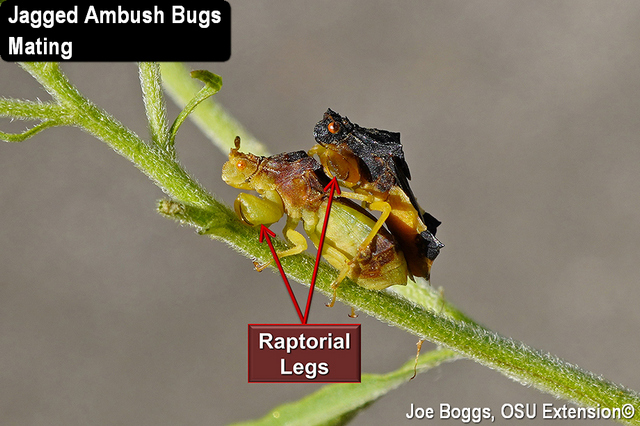 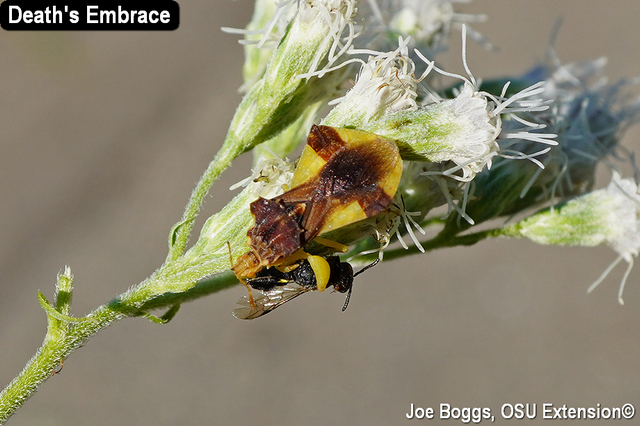 As with all assassin bugs, ambush bugs use their stiletto-like piercing-sucking mouthparts called a "proboscis" (= beak) to stab their victims and inject immobilizing paralytic chemicals along with digestive enzymes.  The enzymes dissolve their victim's innards allowing the bugs to extract the essence of insect. 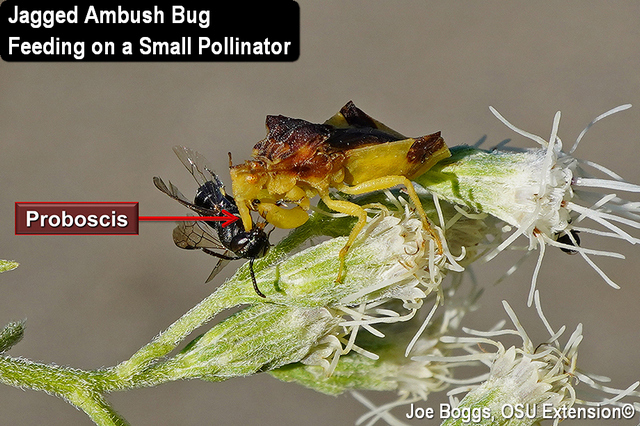 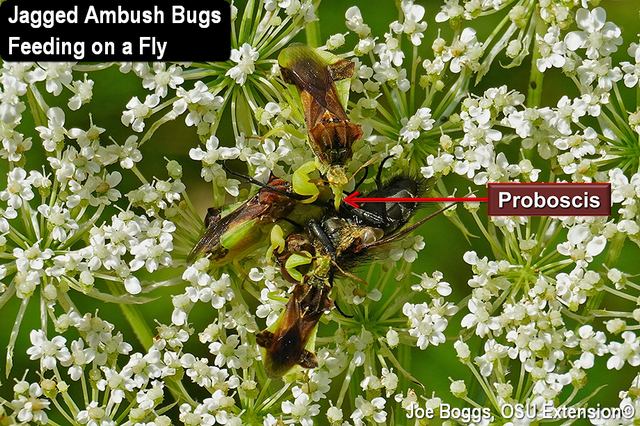 The table fare of these voracious ambush predators may include small bees, wasps, flies, and other flying insects intent on gathering pollen or grabbing a nectar snack.  Few escape the embrace of the bug's raptorial front legs. 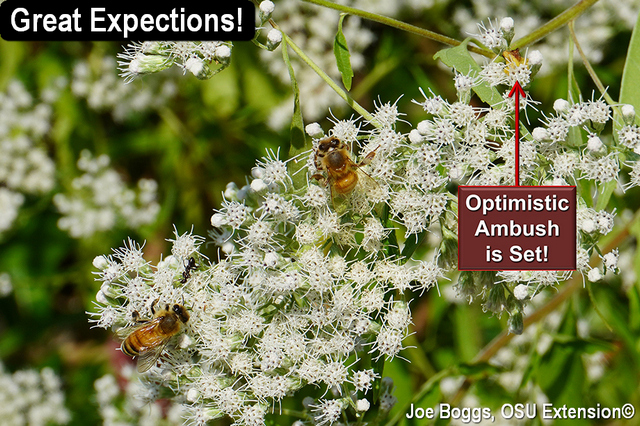 However, size matters.  I watched an ambush bug continually trying and failing to snag European honey bees (Apis mellifera).  My family once owned a Yorkshire terrier (terror!), or he owned us.  Our beloved Yorkie was unaware of his tiny size as he charged much larger dogs.  After watching the ambush bug appearing in the pictures below, I concluded that the bugs may be the Yorkies of the insect world. 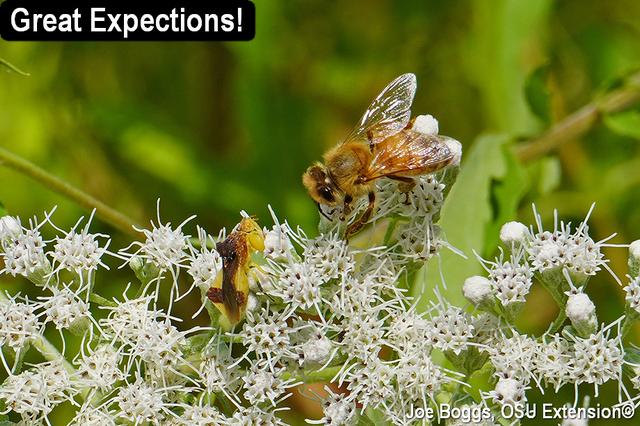 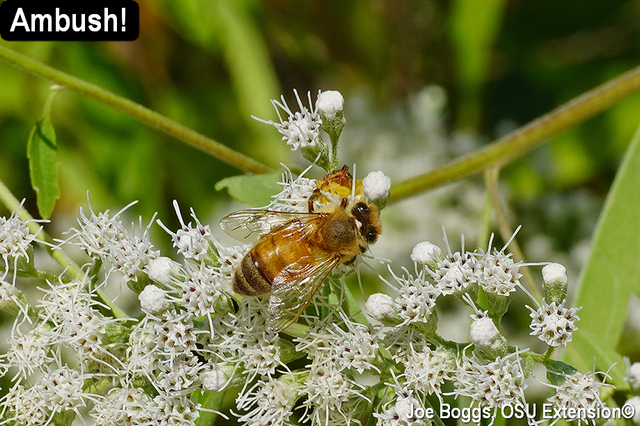 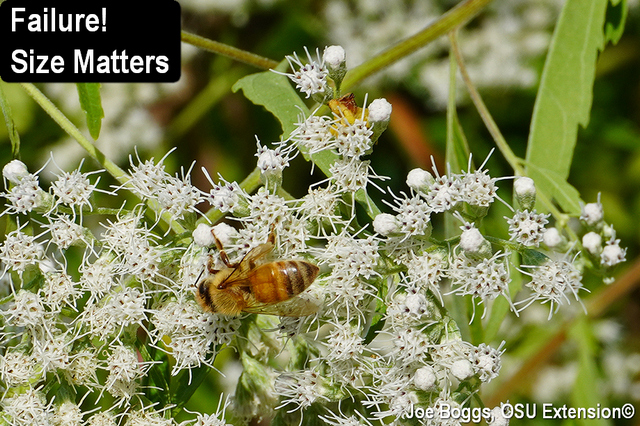 You may find ambush bugs taking advantage of a wide range of flowers to attract an insect meal.  Earlier in the season, they were commonly found on Queen Anne's lace (Daucus carota, family Apiaceae (formerly Umbelliferae)).  The bugs love to conceal themselves just beneath the umbellifer flowers so they can pop up and grab an unsuspecting victim. 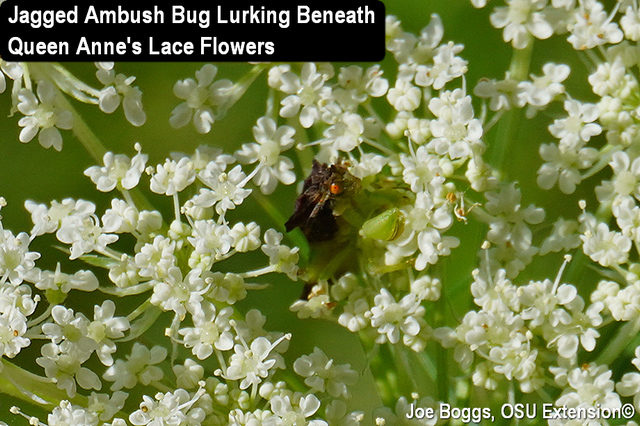 Currently, you should focus your attention on goldenrod (Solidago spp.) flowers as well as other members of the Asteraceae family that bloom in late summer to early fall.  However, look closely!  I'm always amazed at how well the ambush bugs blend with the composite flowers. 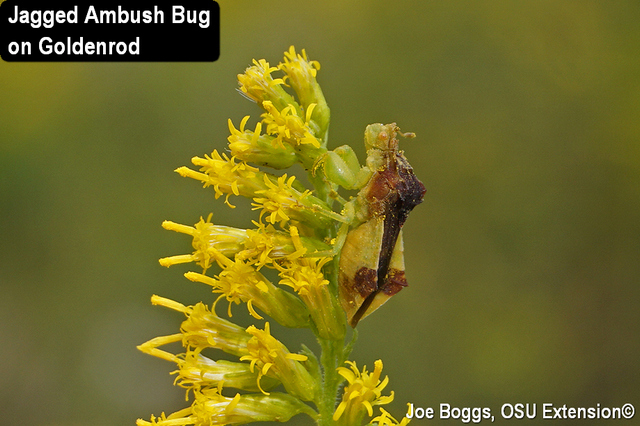