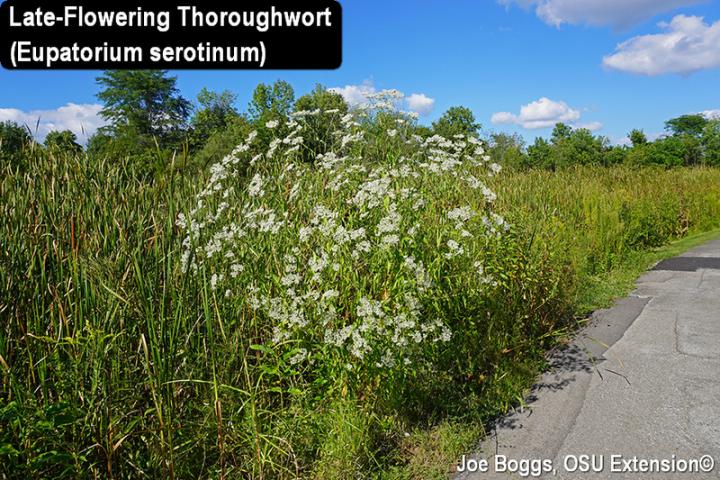 I commonly snap pictures of plant pollinators, but I can’t recall ever revisiting a specific plant because of its strong attraction to insects.  However, that changed with Late-Flowering Thoroughwort (Eupatorium serotinum, family Asteraceae). 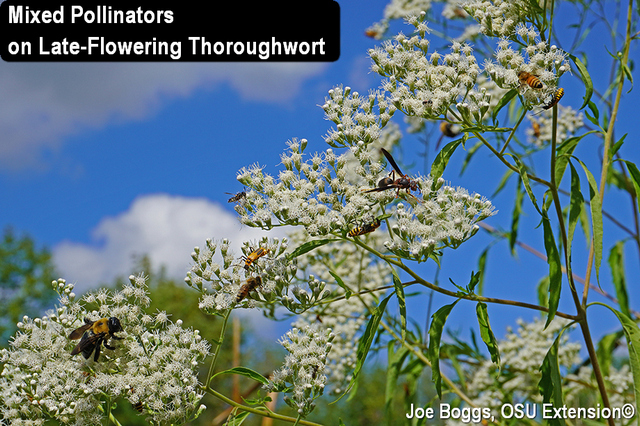 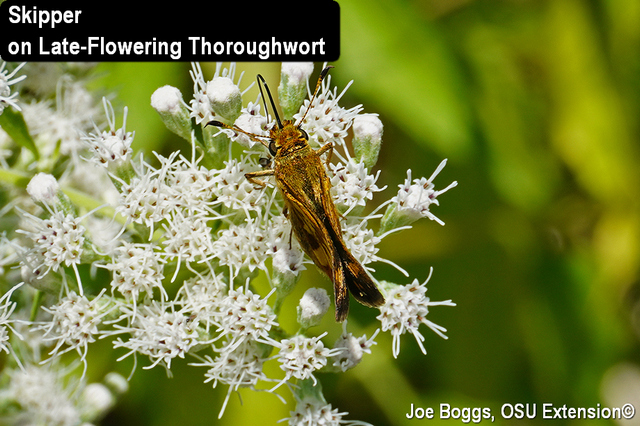 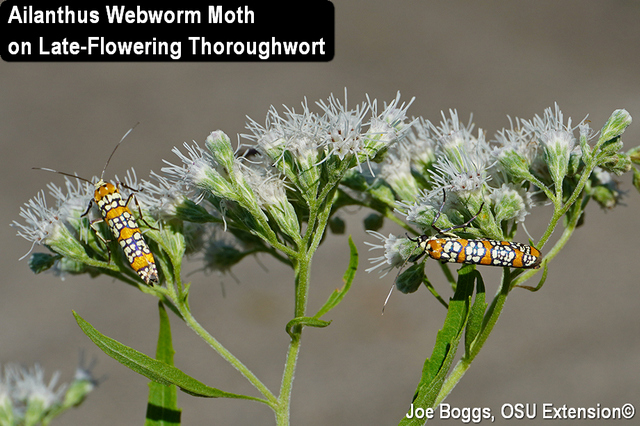 I recently revisited a late-flowering thoroughwort plant two days in a row specifically to take pictures of the dramatic buzzing activity on this native herbaceous perennial plant.  The plant was growing beside a paved trail in a township park in southwest Ohio. 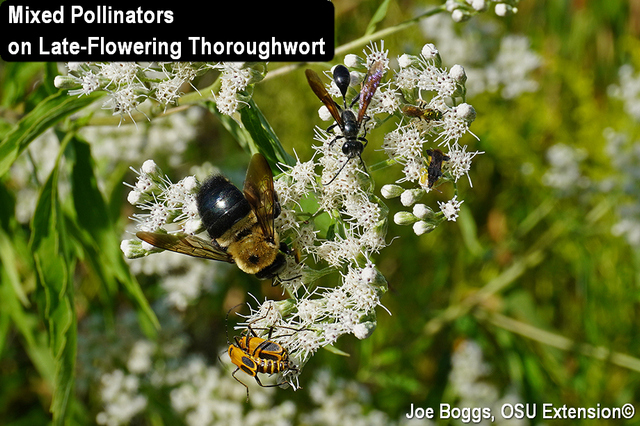 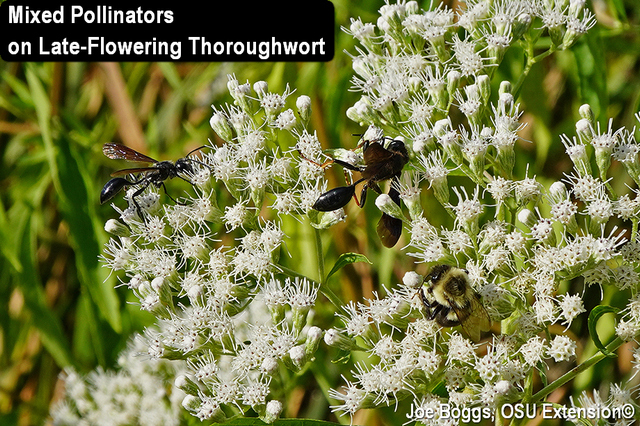 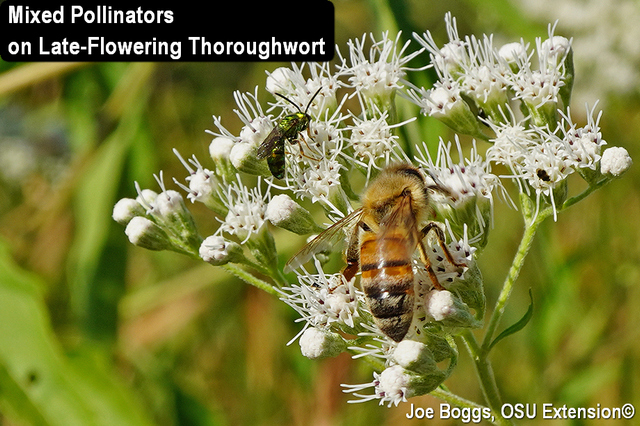 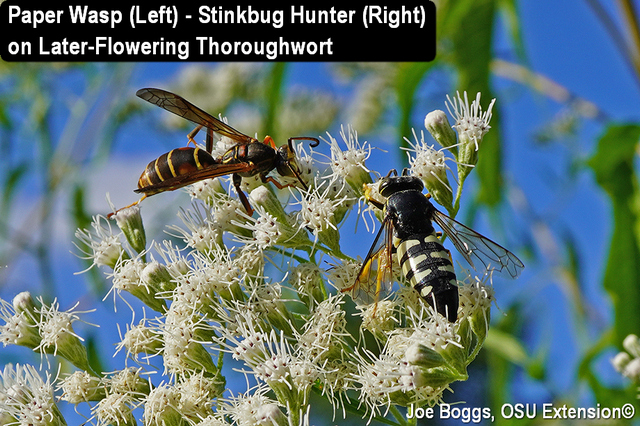 The second thing that attracted me was a pleasant fragrance wafting from the white flowers.  It reminded me of a slightly less cloying version of honeysuckle.

According to the literature, late-flowering thoroughwort plants can grow to a height of 3 – 6 ft.  The pubescent stems are topped by flat-topped flowers that appear in late summer to early fall and last about a month.  The dandelion-like seeds are dispersed by the wind.  Plants also spread via underground rhizomes which may produce clustered colonies although I did not observe this. 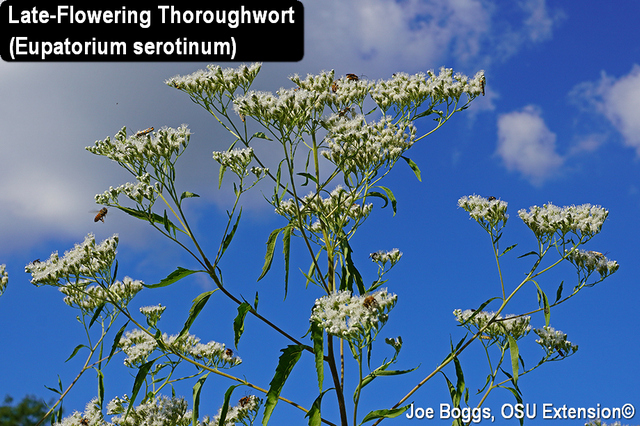 The hairless coarsely serrated lanceolate leaves are described as having 5 veins that diverge from a point near the base.  However, 3 of the veins are most prominent.  The leaves tend to droop making plants look like they’re moisture-stressed. 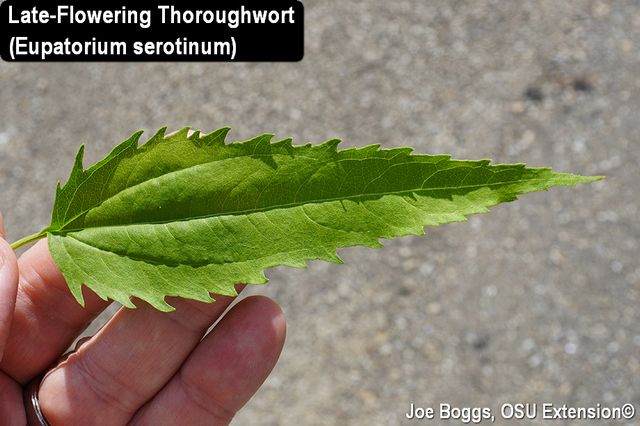 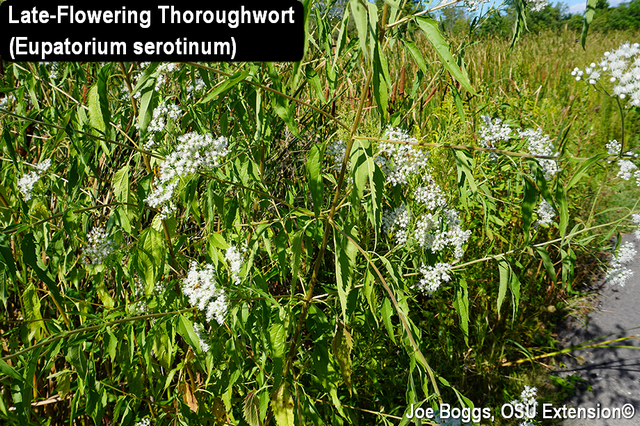 Plants do best in full sun and prefer moist soil that is high in organic matter.  This “fits” with where I found the plant in the park.  It was growing next to a shallow pond.  You can see cattails behind the late-flowering thoroughwort plant in my lead photo for this Alert.

Late-flowering thoroughwort may possibly be mistaken for a few other late-season, white flowering plants, and vice versa.  For example, when I first saw the plant at a distance, I thought it was White Snakeroot (Ageratina altissima, family Asteraceae) which seemed odd because I’ve never seen this native plant in full sun.  My experience has been that white snakeroot tends to grow along the edges of forests and wood lots in partial sun. 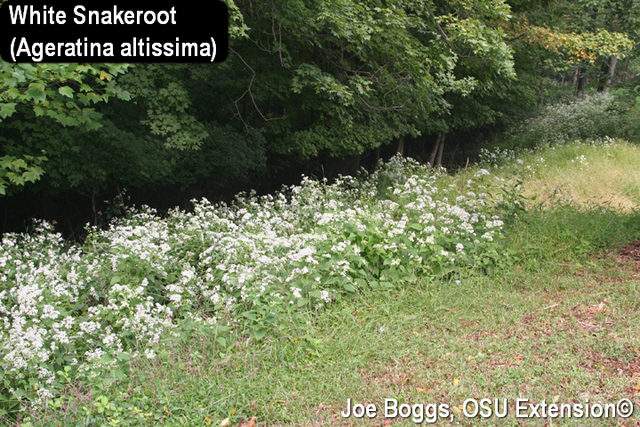 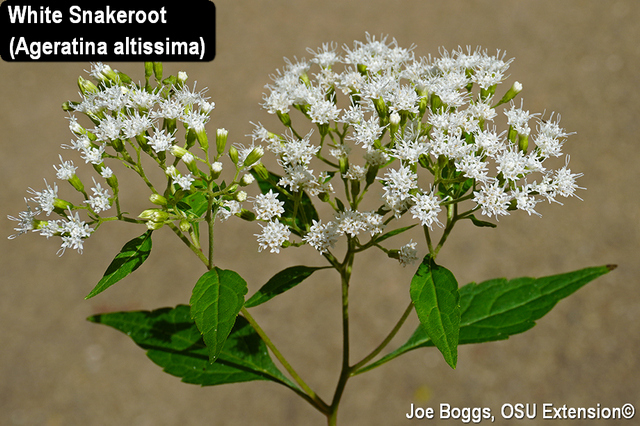 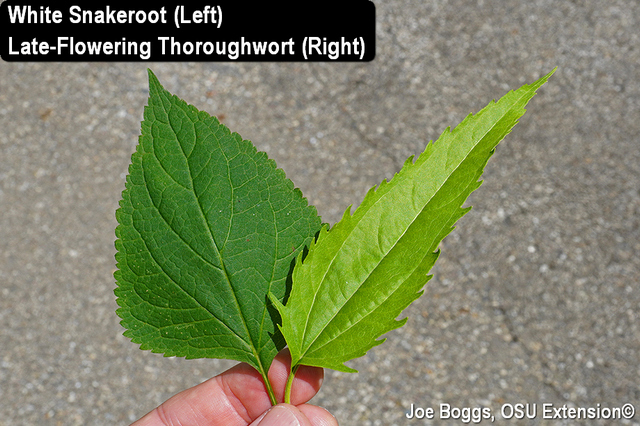 The literature notes that late-flowering thoroughwort may also be mistaken (and vice versa) for Tall Boneset (E. altissimum) and Common Boneset (E. perfoliatum).  I don’t have pictures of these plants to compare and contrast; however, the specific epithet, perfoliatum, for common boneset describes the way the serrated leaves clasp the stems making it look like the stem is perforating the leaves.

The bottom line is that late-flowering thoroughwort may be a great addition to pollinator gardens as long as growing conditions match the needs of this native plant.  I have not been able to find a vendor selling plants; however, seeds are available through various online sources.  I’d be interested to hear from readers about their experience with this plant in the wild, in landscapes, in naturalized areas, etc. 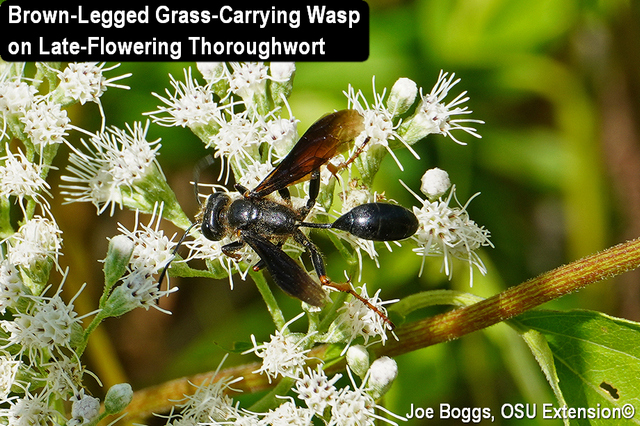 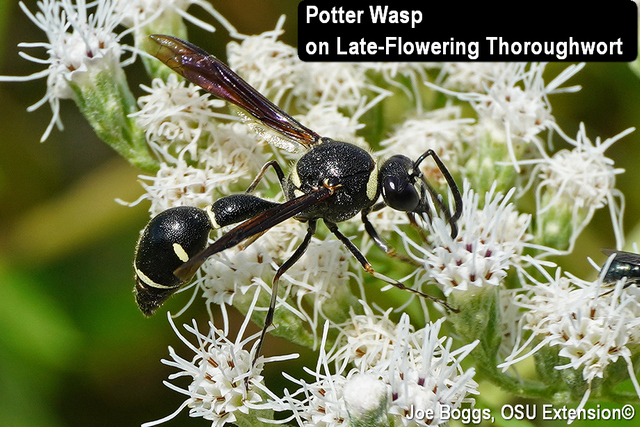 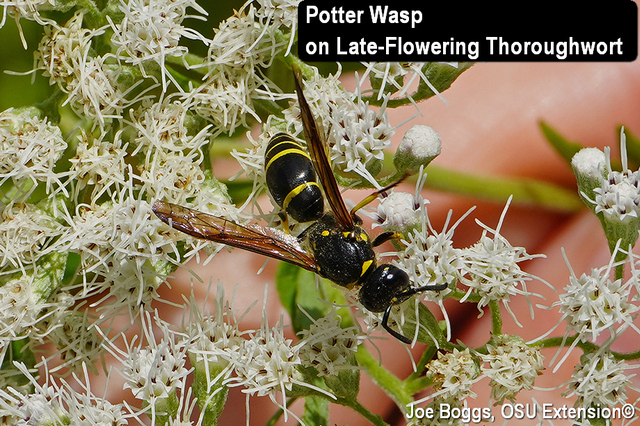