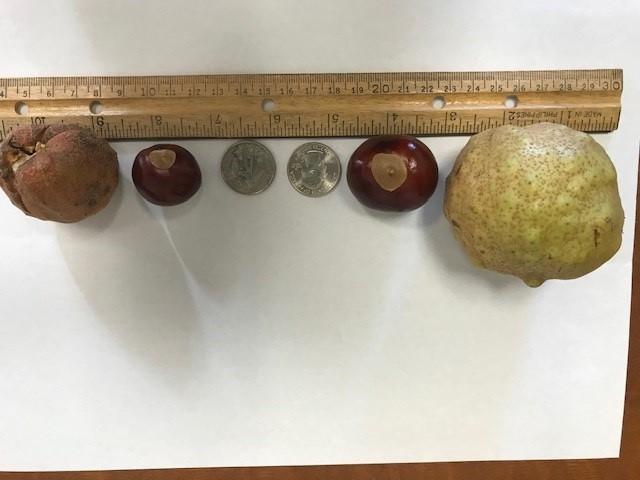 Which Buckeye is which? 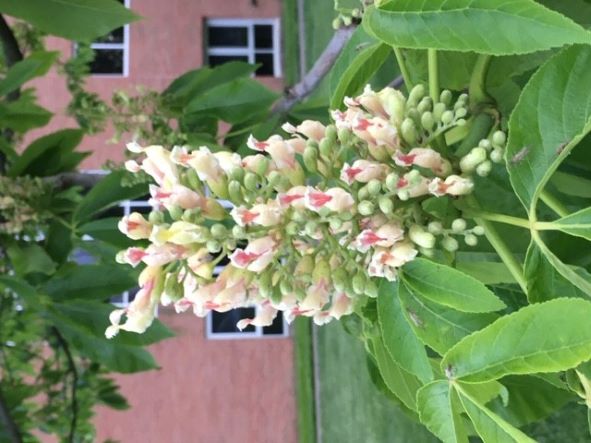 Or is it a common horse-chestnut? 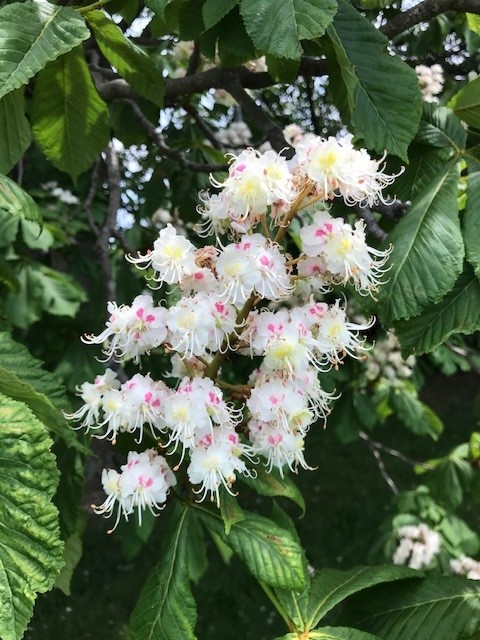 Or a cross between red buckeye and common horse-chestnut? 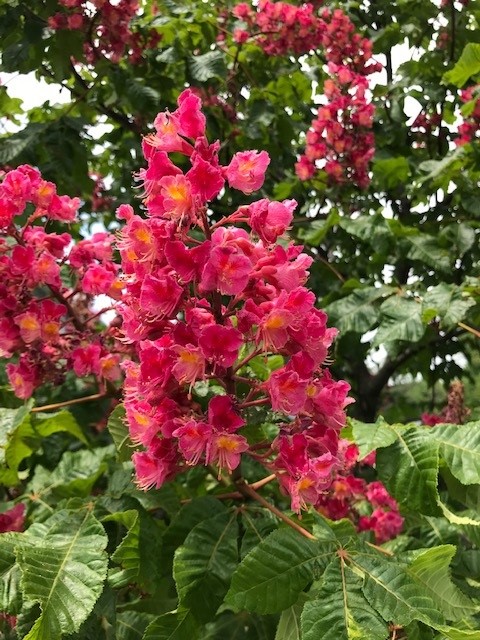 This time of year, buckeyes and horse-chestnuts are producing fruit (seeds in a husk). Now is a really good time to tell the difference between them.  The fruit of any Aesculus can be found growing singly or in clusters. A fruit can contain between one and six seeds although more than three seeds is a rare occurrence.  The difference between species is in size and the texture of the fruit husk. 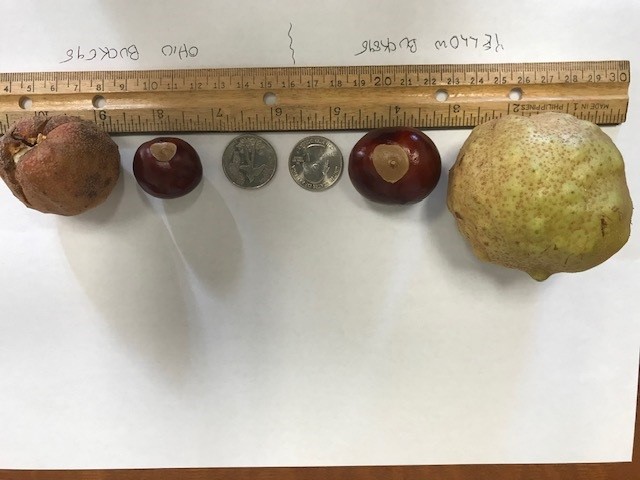 Ohio buckeye has a nut about the size of a quarter that is dark brown with a warty husk. 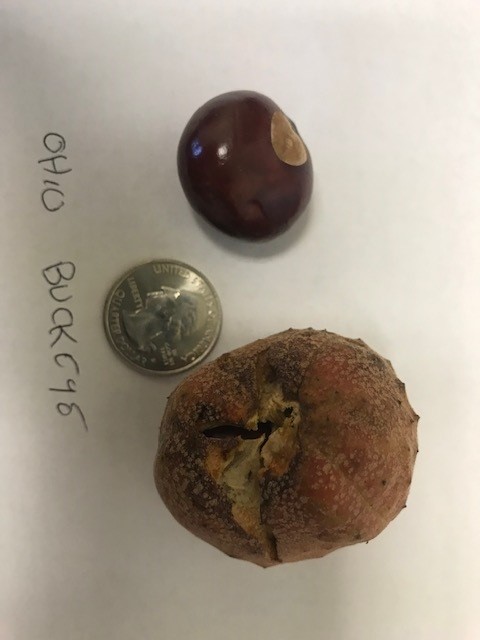 Yellow buckeye has a seed quite a bit larger than a quarter and is typically mahogany. The fruit can be almost baseball size with smooth greenish husk. 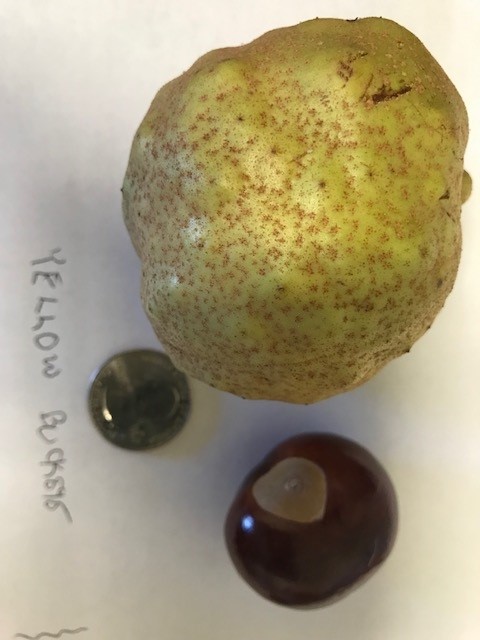 The Red buckeye also has a smooth husk, but its fruit tend to be smaller.  The seeds are about the size of a quarter and are honey brown. 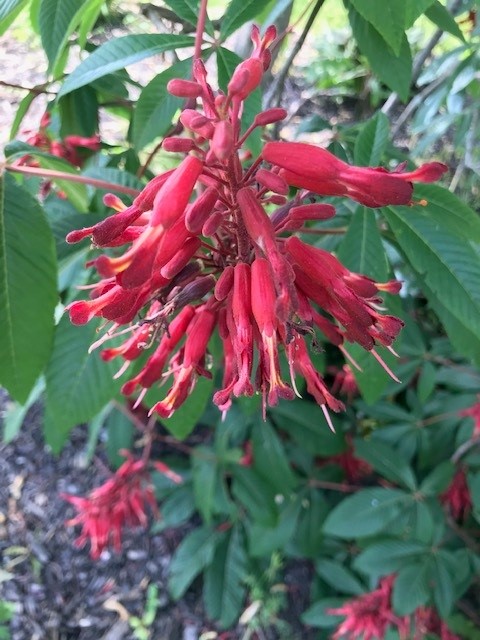 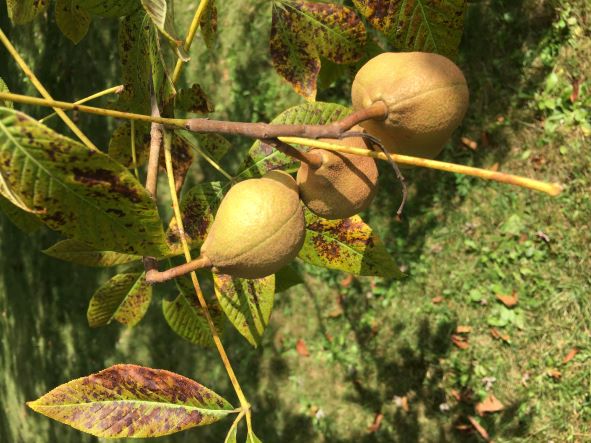 Here are comparisons of Ohio, yellow, and red buckeye fruit and seeds. 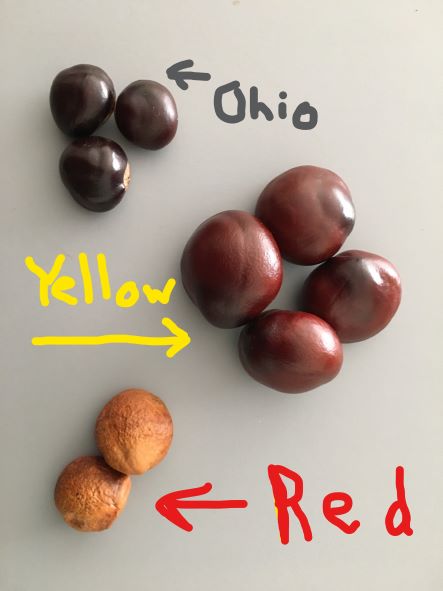 Bottlebrush Buckeye fruit are found at the end of the panicles. 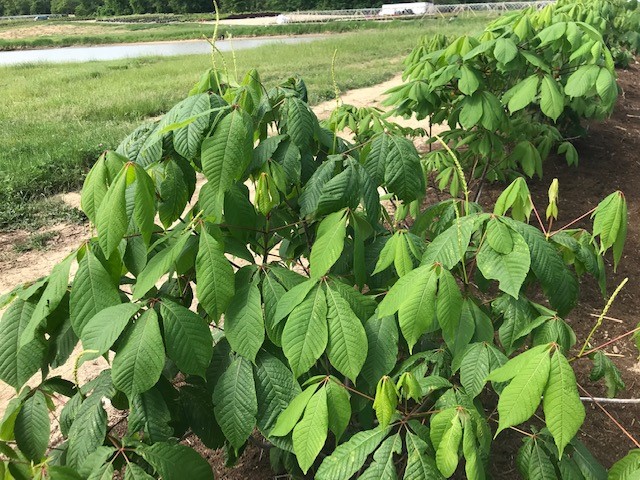 The fruit are typically smaller than other buckeye species and usually contain only a single seed.  The seeds are between nickel and quarter size and are light brown in color. 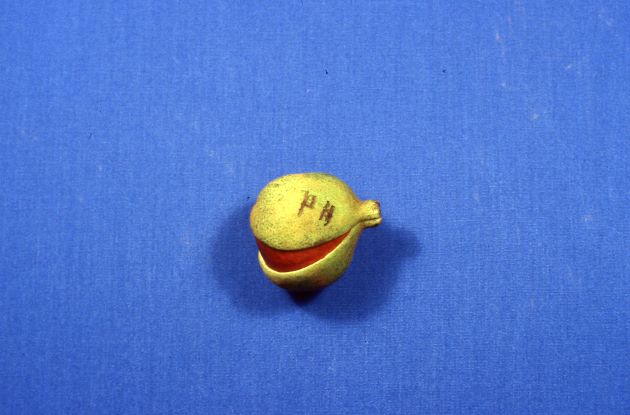 As for common horse-chestnut, a main difference is that  the outer husk has spines.

The fruit inside is similar to that of yellow buckeye but the hilum is larger. 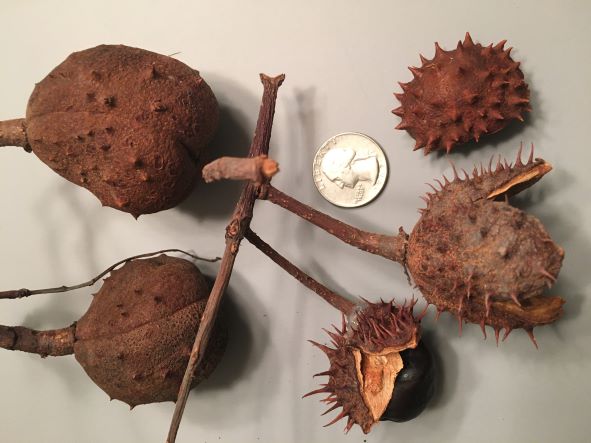 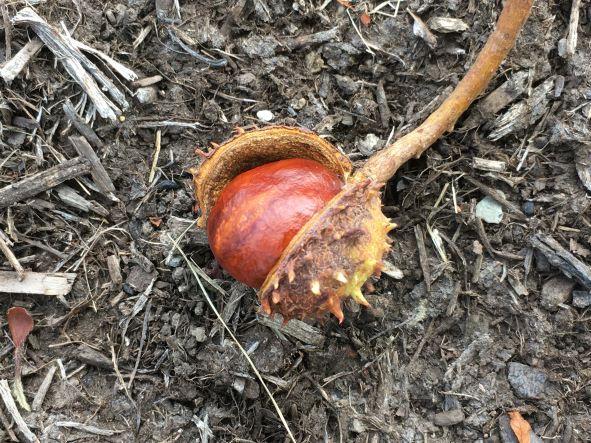 One other main difference is the foliage retention and freedom from Guignardia leaf blotch. 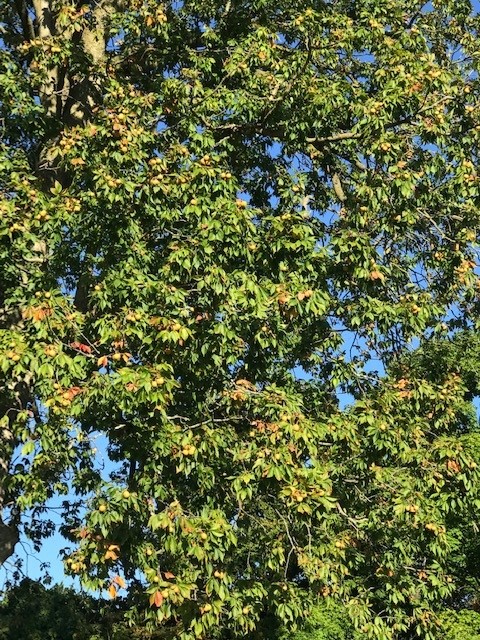 In the order of tolerance, the following list is cleanest to most incidence of blotch. 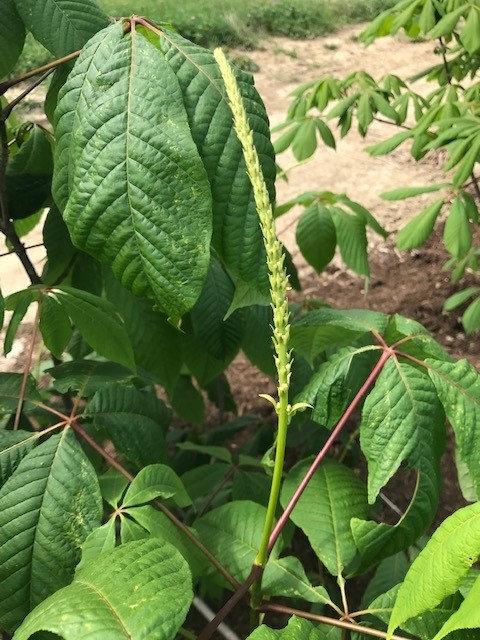 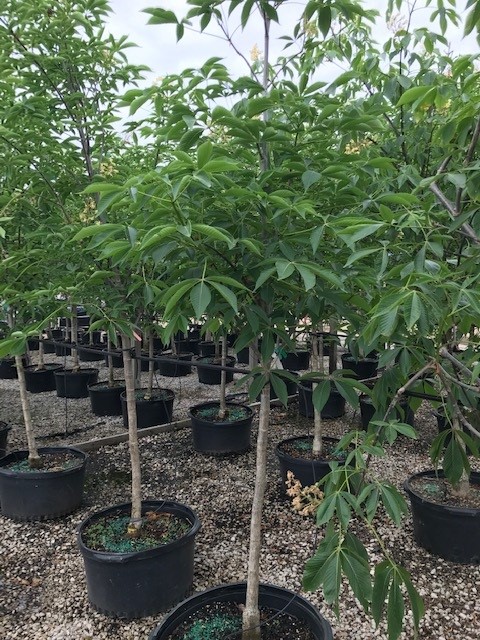 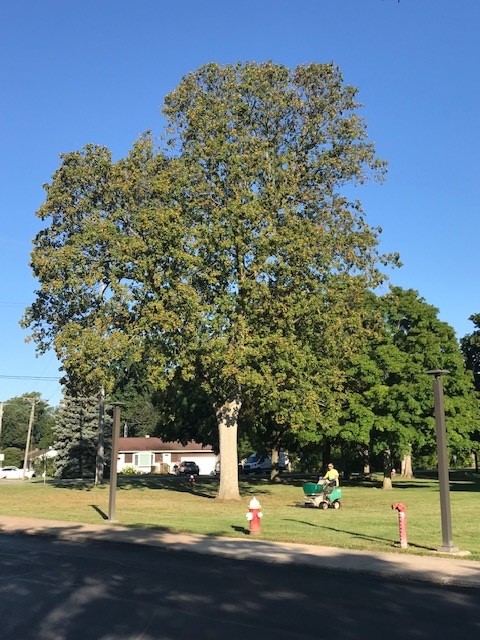 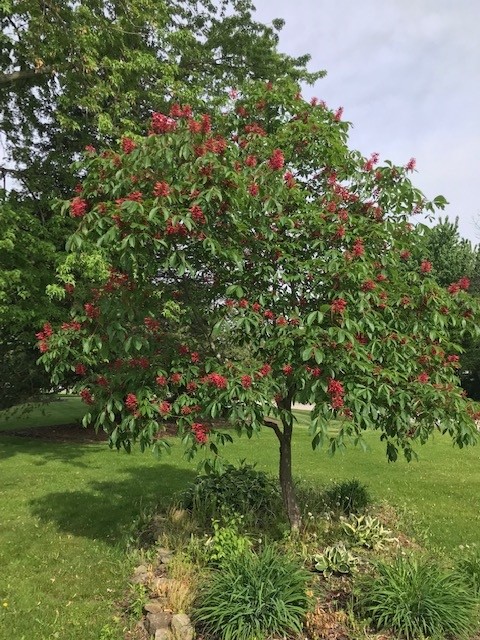 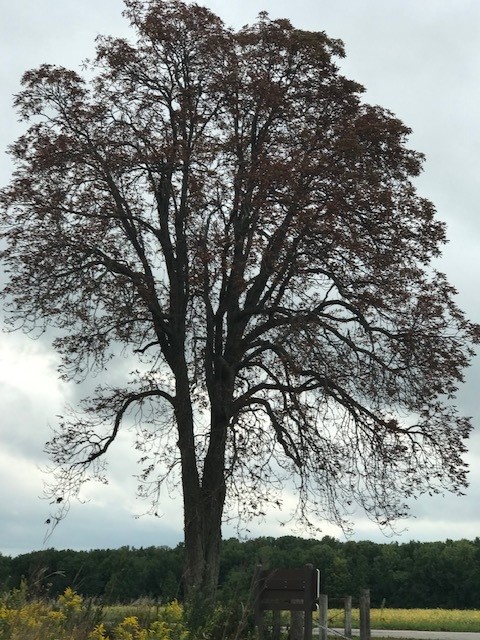 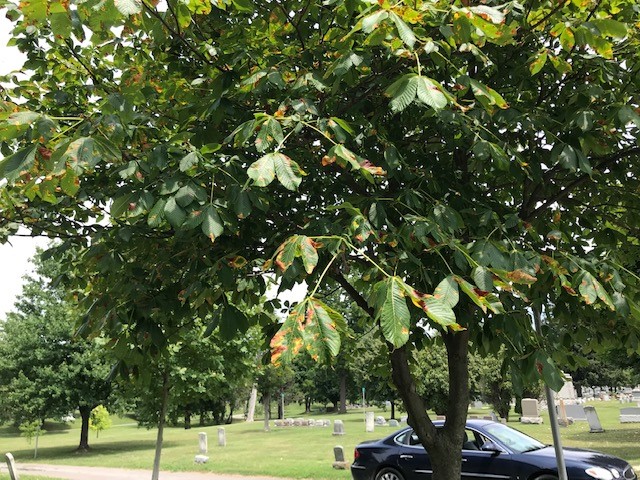 Aesculus hippocastanum – Common horse-chestnut is most susceptible to blotch. 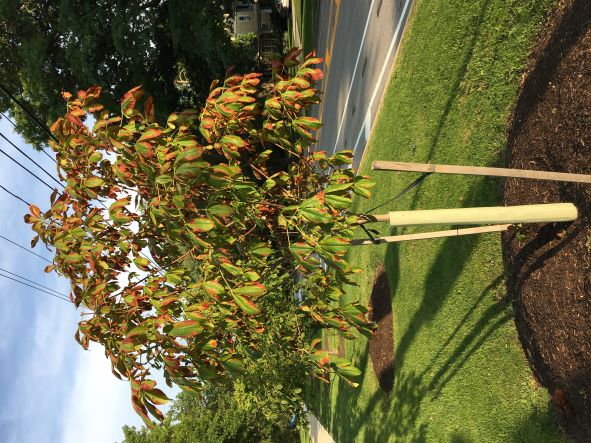 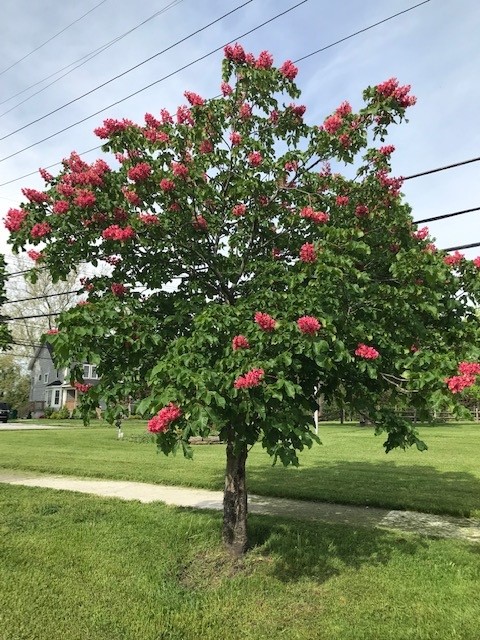 So, get out there and “Go Nuts” 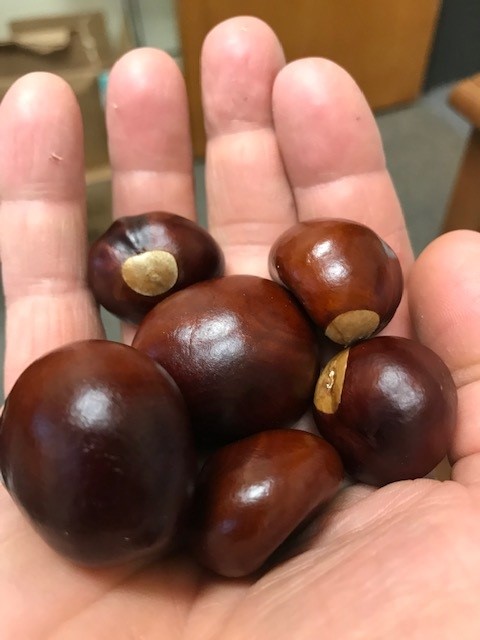