A Most Unusual Cricket 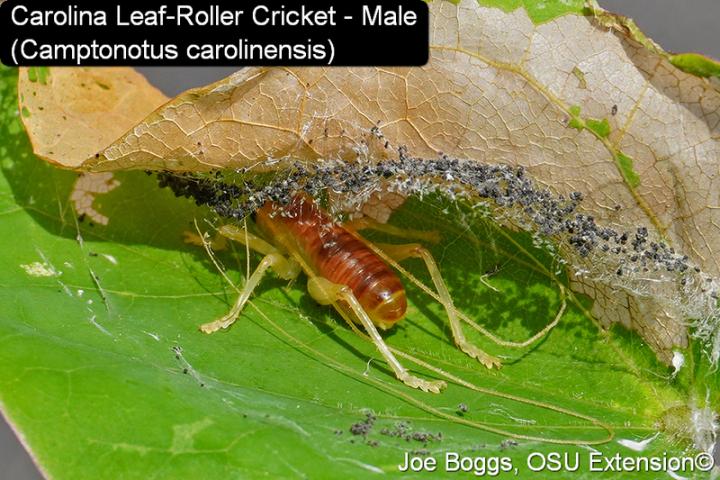 I made a startling discovery while opening the Redbud Leaffolder (Fascista cercerisella) nests that were the subject of a previous BYGL Alert.  Nestled inside one of the folded leaves was a type of cricket that I’d never seen before.  A notable characteristic was its extremely long antennae that appeared to wrap around the cricket’s body. 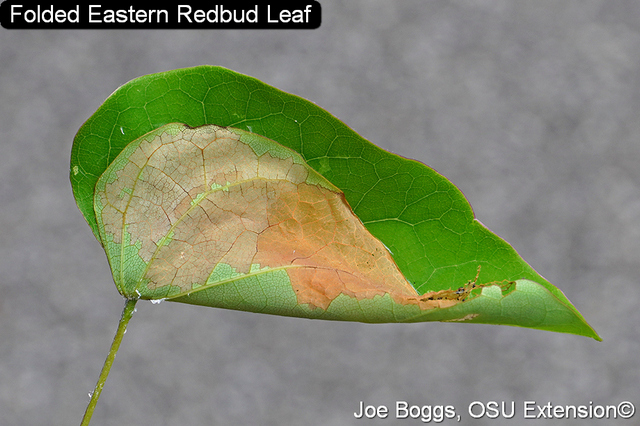 I went down a time-wrecking Web rabbit hole trying to ID the cricket before pulling my copy of “Field Guide to Grasshoppers, Katydids, and Crickets of the United States” (see Selected References) from the bookshelf.  Sometimes I forget that Gutenberg’s invention still produces helpful resources.

I discovered the cricket is a rarity.  Its scientific name is Camptonotus carolinensis and it belongs to the family Gryllacrididae, the Raspy Crickets.  The cricket doesn’t have a common name approved by the Entomological Society of America, but it’s commonly called the Carolina Leaf-Roller Cricket. 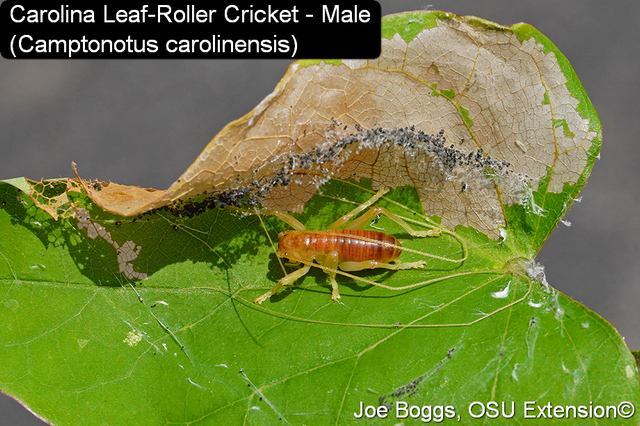 The Carolina leaf-roller I found was a male.  The females have notable spade-like ovipositors.

Apparently, the “raspy” family name comes from a sound made by the crickets if they are disturbed.  According to the Field Guide, there are over 600 species of raspy crickets worldwide, but this is the only species found in the U.S.

As with other raspy crickets, the Carolina leaf-roller is nocturnal.  Quoting from the Field Guide, “During the day, individuals shelter in leaf rolls made by cutting into the edge of a leaf, folding over a flap, and holding the surfaces together with silk spun from the mouth.  Somehow, the long antennae are completely contained within the shelter.”  Thus, the “leaf-roller” in the commonly used unapproved common name.

However, I don’t believe the Carolina leaf-roller that I found was living up to its name.  If you look closely at my images, you’ll see frass-filled silk along with distinct silk stitching.  Both are characteristic of redbud leaffolder caterpillars.  Also, the eastern redbud (Cercis canadensis) tree was hosting numerous caterpillars.  I believe the cricket was taking advantage of a pre-fab home.

On the other hand, I don’t know if the caterpillar(s) had vacated their folded leaf abode or if the cricket had found a bed and breakfast.  Raspy crickets are described as opportunistic feeders eating whatever comes their way from meat to veggies.  There’s a possibility the cricket enjoyed a caterpillar-meat meal before settling into its new digs.

Regardless, it was an interesting find.  Well worth the high-pitched sound I made when I opened the folded leaf expecting to find small caterpillars but instead hooking my peepers on an unexpected robust cricket.