Ghostly Insects? Let's get back to basics with insect molting. 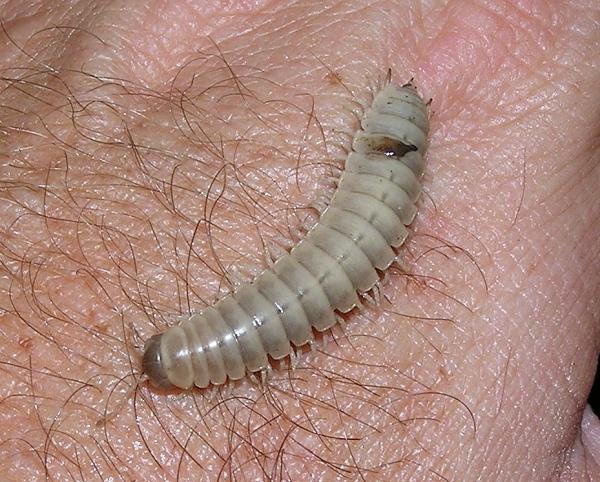 Insects and other arthropods do not have skeletons like you and I, but instead have an exoskeleton. These invertebrates get their support and structure from a hard, chitinous outer shell. Like a suit of armor, it is segmented along the body and jointed so appendages can bend and move. The exoskeletons of insects are waxy to prevent water loss and desiccation. So overall, pretty great! But it makes growing difficult by human standards. The exoskeleton of different species has varying degrees of flex, but they cannot GROW. When an insect's development hits the limit of the exoskeleton, it must be shed to grow a new one. This is known as MOLTING.

Newly emerged insects are often ghostly in color, having reduced or absent pigment. This change in the recognizable color may confuse budding entomologist who have never caught an insect mid-molt before, and is why we're here discussing MOLTING today!

This past week, one of our BYGL team received a photo from a client of a mysterious white insect. Only it wasn't a new species, mutant, or albino... it was a freshly molted insect!

Whether an insect goes through complete or incomplete metamorphosis, it has to molt to grows. Each molt marks the end of a developmental stage, or instar, and helps the insect expand in size and eventually emerge as a full adult. But molting can take as little as a few minutes to a few hours, and so easily missed. Arguably some of the best insects to observe molting are the cicadas (family:cicadidae). Above, we can see both the nymphal exoskeleton left behind (exuviae) and the freshly emerged adult periodical cicada. During this teneral stage while the insect finishes expanding, an insect is often at its most vulnerable. The fresh exoskeleton is still soft and stretchable, but makes for easy prey. The wings cannot fly until they pump out and harden, which means they cannot easily escape. (It is said that this is also the best stage to fry up and eat a cicada, should you choose to to adventure into the culinary world of entomophagy.)

Molting can be precarious for another reason as well.  Failure to emerge. The insect needs to escape its former exoskeleton within a limited period of time.  If it takes too long, or gets stuck, the insect will begin to harden up before it's had time to get free and expand its wings and new legs. This can contort wings so they cannot fly, trap legs, and cause trouble feeding or escaping predators. This may be a familiar sight to those who have reared a butterfly in a container too small for the wings to expand as one example, but it could happen to any insect at any time during their molt.

It might seem like these insects are emerging in their "birthday suits" but in fact, they have developed the new exoskeleton right underneath the old one. When it is time to shed the old shell, an insect will suck in air to expand the body cavity. By pumping up its body, it will both crack out of the old shell along pre-determined lines, and also expand and stretch the new exoskeleton to that needed, larger size. The stage of molting during which the insect actually sheds away the old exoskeleton is known as ecdysis. The new exoskeleton will go through a tanning process where it dries, darkens in color, and is sclerotized into the waxy, protective coating it needs to survive, and often we need to help ID it properly. 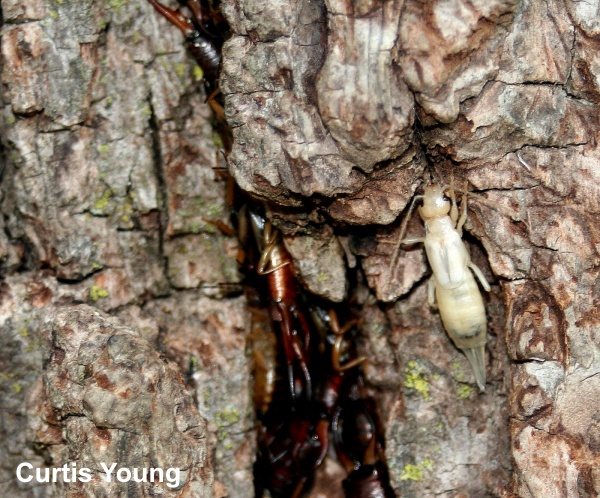 Understanding insect development can often help us take pause when doing insect identifications. Is it a larva or nymph of an insect we know? Is it something new? Or just one of the many weird and wonderful things insects do.

You can learn more about the chemical and hormonal processes that are occurring to signal molting here!