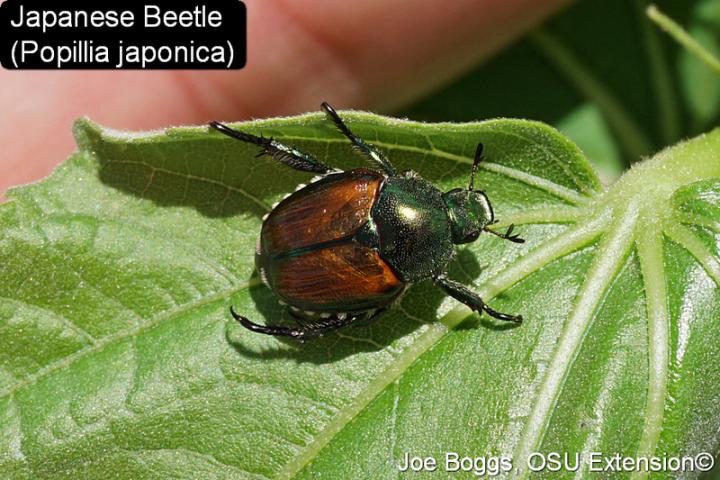 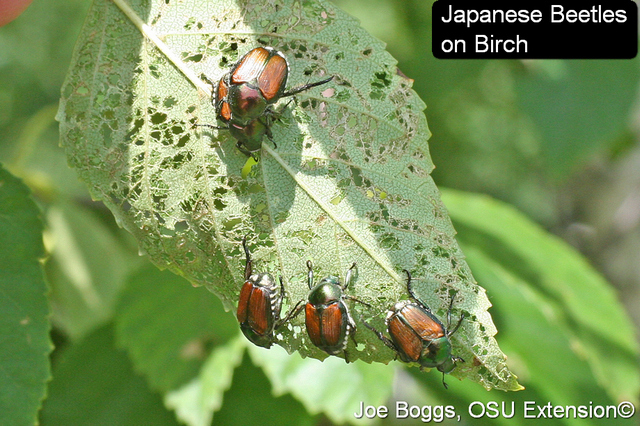 This population pattern has been common for Japanese beetles in Ohio for many years.  A short drive can take you from a location with high numbers to another location with virtually no beetles. 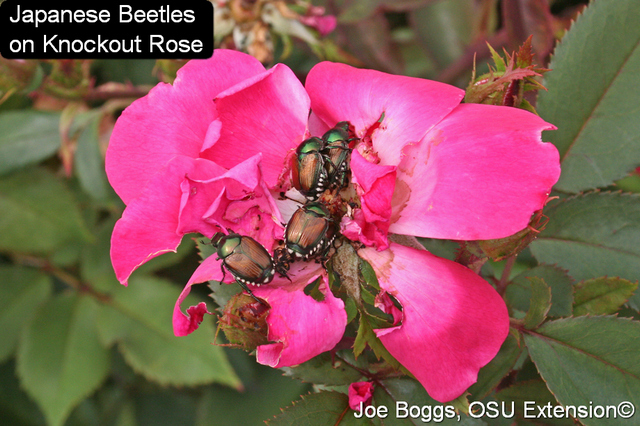 On the other hand, hanging a Japanese beetle trap in a landscape almost guarantees a highly localized population.  The lures used in the traps may have floral scents mimicking the beetle’s food scents or a synthetic sex pheromone, or both.  In other words, the traps are like putting up a flashing neon “let’s party” sign! 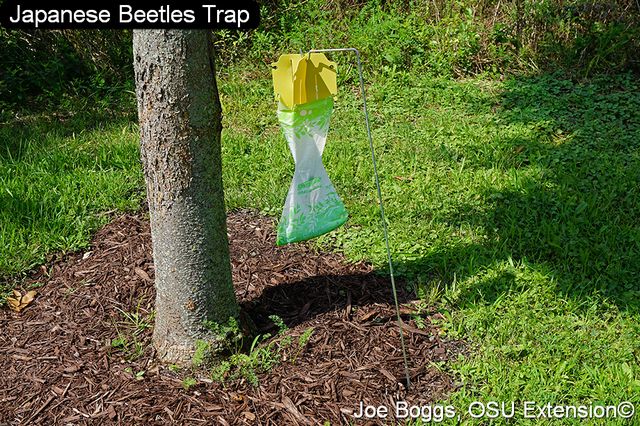 University research has shown that instead of protecting plants, the traps can actually enhance plant damage by attracting far more beetles to the landscape than would otherwise appear naturally.  While Japanese beetle traps may be a satisfying method to apply a bug coup de grace, their true impact on a beetle management program may fall under the heading of unintended consequences. 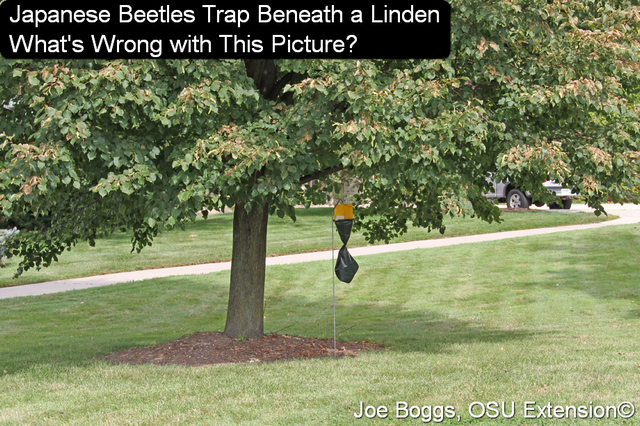 It may to too early to predict what the Japanese beetle “season” will look like this year.  Normally, beetles become obvious sometime in mid-June in southern Ohio, and the emergence rolls north as the month progresses.  However, the appearance of the beetles was somewhat late this year.  Thus, we could still see a more widespread distribution this season.

Ever since Japanese beetles were first discovered in North America in 1916 in a nursery near Philadelphia in Riverton, New Jersey, they have been gradually moving westward.  However, trailing behind the beetles are a whole host of natural enemies.  Where the beetles have been living for many years, such as in Ohio, the natural enemies can act on this non-native pest much like natural enemies act on native pests.  So, populations can rise and fall dramatically from year to year. 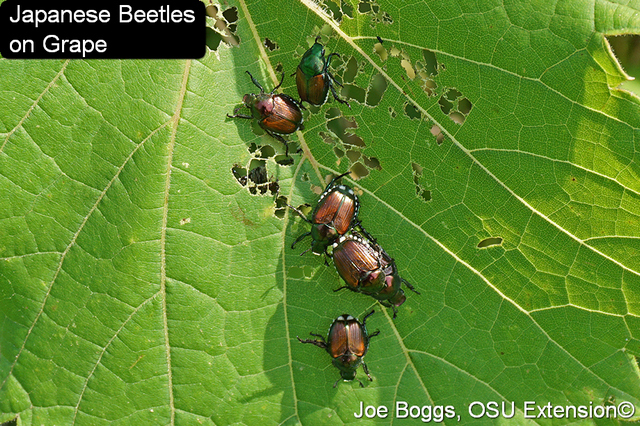 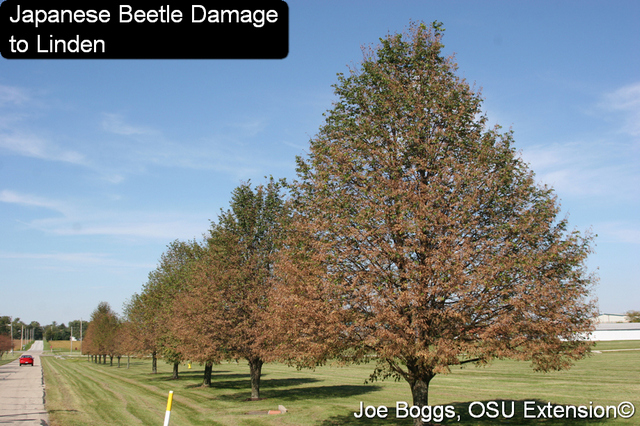 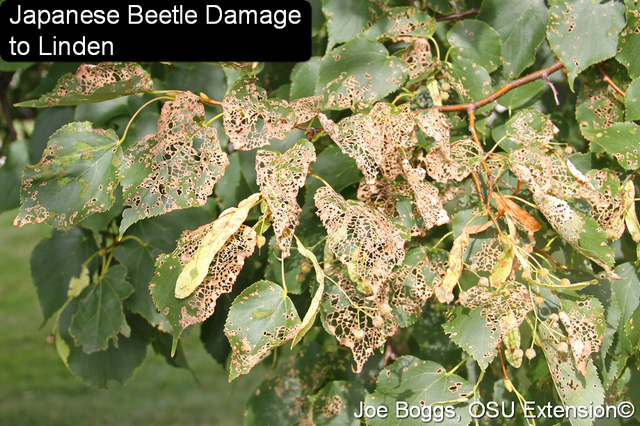 However, the adults may be found feeding on over 300 species of plants.  Their leaf-feeding damage is often used as the poster child for showing what leaf "skeletonizing" looks like although it should more accurately be described as "surface skeletonizing" or scarifying. 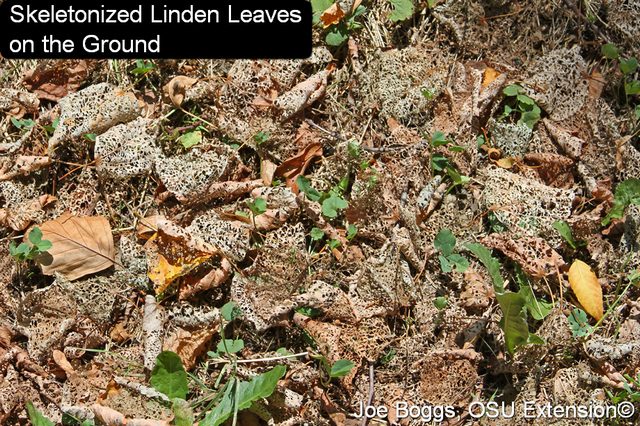 The small adults have mandibles that are too small to chew completely through the leaf; they can only remove the leaf surface.  Adults may feed on the upper or lower leaf surfaces.  The epidermis on the opposite side of the damage dehydrates and degrades leaving behind a fine-textured matrix of skeleton-like leaf veins. 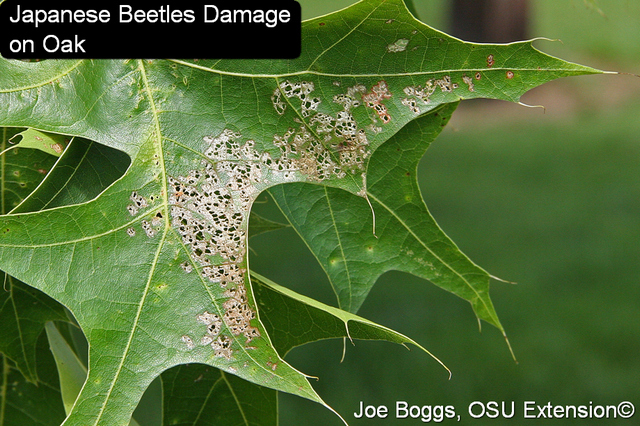 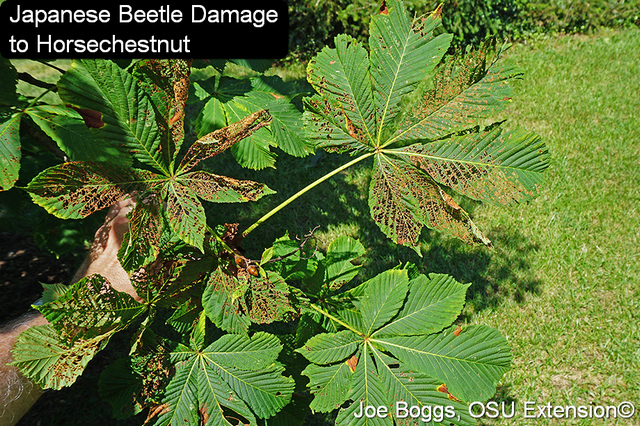 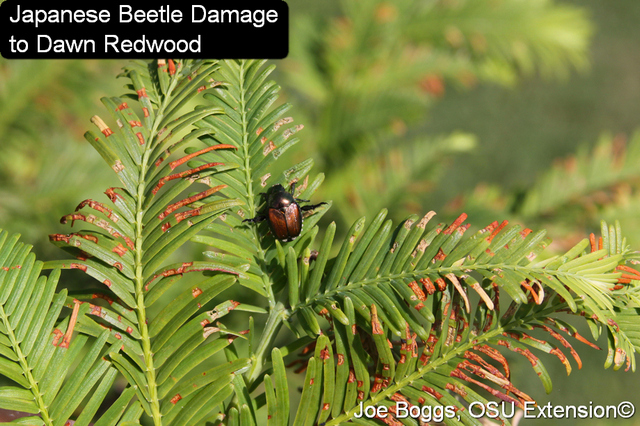 Keep in mind that the beetles are on the wing for a relatively short period.  Although the damage may appear significant, in most cases it does not produce harm to the overall health of established plants.  Thus, a valid management plan for Japanese beetles is to do nothing.  However, newly planted trees and shrubs may be at risk and require some form of beetle management.